Biometric Data Is The Next Statistical Frontier For Sportsbooks, Bettors 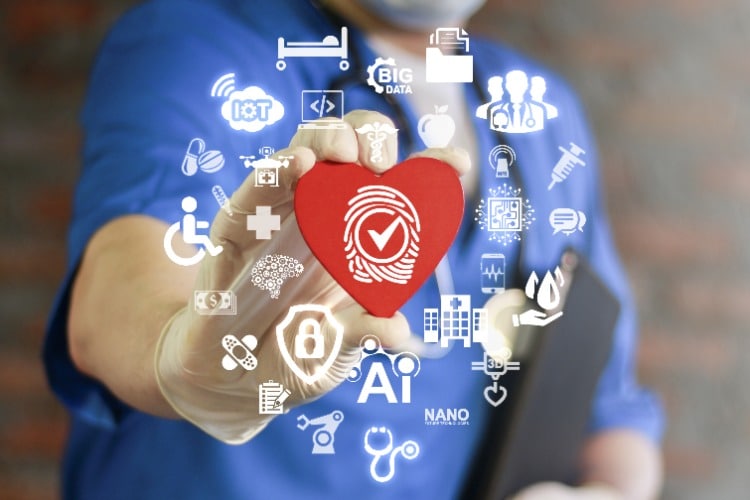 Imagine opening up NBA Core Plays on RotoGrinders one day and seeing Andy Means type something like, “Stephen Curry averages 4.3 more points per game on back-to-backs when he gets at least 6.6 hours of sleep the night before, so be sure to check back later today when the biometric data is released …”

Or maybe you’re getting ready for NFL Sunday just as you’re going to take the Cowboys and lay the points, Adam Schefter tweets out that Zeke Elliot didn’t get his heart rate above 112 during pre-game workouts, and the last time that happened he ran for 45 yards on 20 carries and …

The above scenarios are not far-fetched; in fact, this type of biometric data already exists, and there’s a cold war brewing between owners and players as to who owns this information, and there’s going to be plenty of discussion about it as the years tick by.

And there’s also going to be plenty of discussion about how much of this information gets released, either to sportsbooks, bettors, or both.

But one thing is certain, at least according to one researcher: This information is valuable.

“The leagues absolutely want this information, they want to know in order to track player performance, for contract negotiations, and, perhaps even most important, for ‘How can we monetize this?’” said John Holden of Oklahoma State, who, along with Kimberly Houser of the University of North Texas authored Taboo Transactions: Selling Athlete Biometric Data for an upcoming edition of the Florida State University Law Review. “The leagues are for-profit entities looking to maximize revenue for the owners, and if there’s a market for biometric data, my guess is that at some point it will be explored for sale.”

On the other side are the players, and their very real privacy concerns.

“The big concern for the players is, ‘What if this data reveals something bad about me, reveals I have a heart condition, no one wants to sign me?’ For them it’s a contract concern, primarily,” Holden said. “Think about it: No one wants their employer taking negative action on them based on information their doctor has gathered. Workplace concerns are bigger than sports themselves here.”

And in between the players and the owners? The gamblers.

A reminder that @49ers running back Raheem Mostert reached the two fastest speeds by a ball-carrier last season.

The rest of the top 5: pic.twitter.com/xtFZWkNmV6

Speed is only the beginning, tip of the iceberg data.

“When we started out writing this paper, I was like, ‘I don’t know if anyone really wants this information,’” Holden said. “And then we finished it and now I’m asking, ‘Who wouldn’t want this?’”

Holden is not wrong. Biometric data is the next frontier of sports data, and for now — and the foreseeable future — it’s the only sports data that can’t be scraped by anyone with an internet connection or even discerned from a front-row seat.

“It’s something we know is valuable, but we don’t know how valuable it is,” Holden said. “As we get deeper and deeper into what is being extracted, it gets increasingly valuable. It’s something we can’t replicate. We can’t reverse engineer heart rate, pulse rate, anything like that. We can’t get Saquon Barkley’s heart rate from watching him play. This is something that only the league, or himself, has control over. And so the big value here is we can’t otherwise get this information.”

On a macro level, it’s certainly, at minimum, interesting data. Maybe a team flew across the country and the players didn’t get a ton of sleep. Something like that would clearly be valuable to bookmakers and/or gamblers.

But it’s on the smaller level, on the individual sports, where this data can really be a game-changer.

“There’s real value here,” Holden said. “Certainly people are going to want it, and like a lot of things in sports betting, the more players on a team the less valuable the information might be. But if you’re looking at a tennis player, looking at Roger Federer, we only need his info, how much he slept, what his heart rate is. And the leagues and the players are quickly realizing there is a lot of interest in this type of data.”

Right now, for instance, the NFLPA signed an agreement in 2017 with WHOOP that allows players to track their basic biometrics (such as heart rate and sleep patterns). Data from actual games can be commercially sold; however any data collected on the practice field — or in a player’s bed — would have to be negotiated into future collective bargaining agreements. And without baseline data, the day-of data is not nearly as useful.

Major League Baseball’s current collective bargaining agreement allows players to wear the technology, but bans them from selling it. NBA players are prohibited from wearing any devices during games and are similarly banned from profiting on the data. Interestingly, the NHL has nothing in its bargaining agreement concerning biometric data, but Holden points out in the paper that ownership is already seeking to commercialize the data come 2022 when the two sides next come to the table.

And remember the now-defunct Alliance of American Football? It did sell the data, but only to MGM, and MGM used the data in their live oddsmaking.

The future, in short, is here.

With this type of information soon to be a bargaining chip, Holden and Houser quickly realized there needs to be protections put into place. To that end, they came up with an idea in their paper.

“Then there’s the issue of how do we handle who decides what to do with this information,” Holden said. “Our proposal is a data trust, basically using third parties, using outsiders to decide what this data is used for, with the idea that the trust is acting in the best interest of the athlete, making sure it’s not used for unethical purposes.”

And while Holden doesn’t think this information will be available soon to the general public, he thinks it’s just a matter of time before it becomes part of data packages, both for the sportsbooks and the bettors.

“The leagues know the money is in the data,” Holden said. “If you’re going to keep pushing these data packages and deals, you have to bring something to the table that can’t be replicated. So yes, I do think that’s where we’ll see it, especially as these data deals continue to increase in value. The leagues and the players are going to be looking to take it to the next level.”

As for how this all happens?

“When we’re talking about North American pro sports, the unions and the owners can agree to anything they want that’s legal under the law,” Holden said. “So they could set up a free-for-all and Steph Curry could go out and make a deal with DraftKings for his data. But there’s more value if they set it up collectively, and we could certainly see that set that up under collective bargaining agreements.”

And finally, the most important question: When? 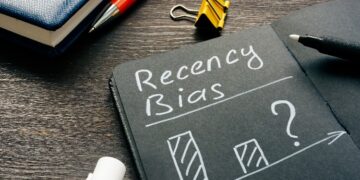 Recency Bias: It’s Real, Unspectacular, And Sportsbooks Use It Against Bettors