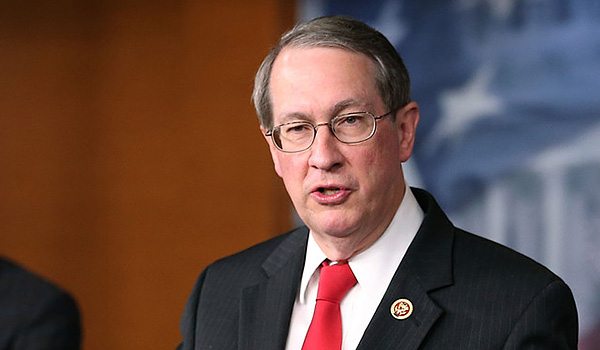 U.S. Representative Bob Goodlatte of Virginia on Thursday announced that he will not seek re-election in 2018. As Chairman of the House Judiciary Committee, the Republican Goodlatte (VA-06) wields considerable power over which issues or laws the committee will examine. And his record shows he is an staunch opponent of gaming and sports wagering.

“With my time as Chairman of the Judiciary Committee ending in December 2018,” the term-limited Chairman wrote, “this is a natural stepping-off point and an opportunity to begin a new chapter of my career and spend more time with my family, particularly my granddaughters.”

In October, New Jersey Representatives Frank LoBiondo (R-NJ-2) (who is also retiring at the end of his term) and Donald Norcross (D-NJ-1) collected signatures for a letter urging leaders of the Judiciary Committee to examine PASPA (Professional and Amateur Sports Protection Act), the 1992 federal law effectively banning sports betting outside Nevada. New Jersey is battling the NCAA and major professional sports leagues in the United States Supreme Court over the law’s constitutionality. But the New Jersey reps want Congress to take up the matter and not let the courts dictate PASPA’s fate.

“No response to our letter as of this time” Mr. LoBiondo’s Chief of Staff Jason Galanes told SportsHandle on Thursday.

That is no surprise given Goodlatte’s feelings toward gambling and sports betting. He was one of the driving forces behind the 2006 federal law UIGEA (Unlawful Internet Gambling Enforcement Act), which targets financial transactions (and institutions) made online in connection with sports betting. Previously Goodlatte co-authored the Internet Gambling Prohibition and Enforcement Act, which did not pass. And Virginia is not a state that has welcomed casinos.

A Republican is very likely to replace him in the district, but perhaps not such an opponent to sports wagering. Even if the Supreme Court rules in favor of New Jersey and opens the door for sports betting nationwide, Congress may still seek to have some say on the issue. And with Goodlatte out of the chair and Congress, it stands to reason that pro-sports betting legislation, such as New Jersey Representative Frank Pallone’s GAME Act, has a greater chance to advance in 2018 or after.

Regardless of which way the House goes in ’18, the next House Judiciary Chairman probably could not be less friendly toward states desiring sports betting than Goodlatte, unless Sheldon Adelson gets elected to Congress and takes the chair.