Will 71-year-old exec's return signal a shift in the company's embrace of sports betting? 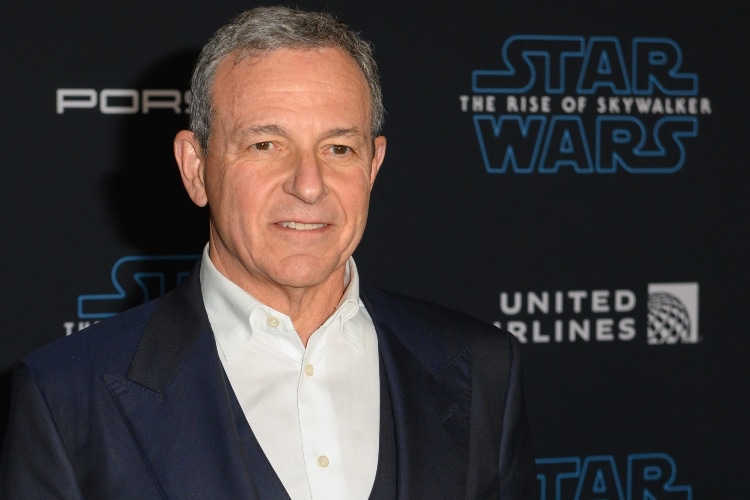 Word emerged over the weekend that Bob Iger was returning to the Walt Disney Co., raising plenty of questions about the massive media company’s long-anticipated embrace of sports betting. So far, it has prompted nothing but speculation from the industry, much of it probably unfounded.

It’s way too early to think this means Disney, which has majority ownership of ESPN, will no longer dive headlong into an embrace of sports betting. That certainly would go against the grain of the American sports landscape at the moment.

The outgoing Disney CEO, Bob Chapek — who either left voluntarily, as the company claims, or was forced out, as The New York Times reported — had signaled that the company was in talks with several sports betting operators as it looked to gain a stronger position in the field. Some people are speculating that the management shakeup could signal a change in direction, since the 71-year-old Iger made comments in a 2019 Disney earnings call that the company wasn’t too keen on rushing toward regulated sports betting partnerships. Iger was at Disney from 2005 to 2020.

“I don’t see The Walt Disney Company, certainly in the near term, getting involved in the business of gambling, in effect, by facilitating gambling in any way,” Iger had said. “I do think that there’s plenty of room, and ESPN has done some of this already and they may do more to provide information in coverage of sports, as a for instance, that would be relevant to and of particular interest to gambling and not be shy about it, basically being fairly overt about it. But getting into the business of gambling, I rather doubt it.”

The stakes are enormously high and, for years now, industry watchers have been curious about how Disney would alter the sports betting landscape.

Consider that, since Iger’s comments, nearly two dozen states have legalized sports gambling. Maryland just launched on Wednesday. Two more states, Ohio and Massachussetts, are scheduled to come online in 2023. In all, 36 states now have some form of legal sports betting. To pin Iger to comments he made in the earliest months after the Supreme Court shot down PASPA seems a bit misguided in light of all that’s changed.

Disney owns 80% of ESPN, so it certainly could take it in any direction it chooses. Already, the network has more fully embraced streaming through ESPN+ and built a partnership with Caesars while purchasing a 6% stake in DraftKings, so steering the four-letter network away from sports betting would be complicated. Another possibility, of course, is that Disney could sell ESPN, but that seems far from likely at the moment, and Chapek was adamant about shooting down those rumors throughout his tenure.

Disney announced Iger would be in his position for two years and that one of his responsibilities will be to identify and mentor his replacement while finding a “strategic direction for renewed growth.” So while the weekend’s news certainly was landscape changing, it might not shift things as dramatically when it comes to sports betting as many people are assuming.

Sometimes a little exposure is all it takes.

The onrush of streaming services — such as ESPN+, FuboTV and Paramount+ — has brought more Premier League, UEFA Champions League, and other high-quality soccer to American viewers than ever before. That, in turn, has prompted more interest in the beautiful game as the World Cup grinds on a half a world away in Qatar.

It means more action for U.S. mobile sportsbooks, too. The American Gaming Association estimated that roughly 20.5 million Americans would be betting on the World Cup, with a total of about $1.8 billion being risked. That’s made more impressive by the fact that the World Cup normally takes place over the summer, but was moved due to Qatar’s steamy desert locale. Americans are watching and betting on the World Cup despite it being in direct competition with the NFL, NHL, and NBA.

It might not be long before sports talk radio and sports betting radio become largely one and the same. That’s how dramatically the U.S. radio industry is embracing sports betting as a way to survive.

Last week, we explored Cumulus’ dive into sports betting talk. Then the sports betting network VSiN announced it had signed a deal with Gow Media to expand its distribution and become one of the largest sports radio networks in the country. VSiN will replace SportsGrid content on all SportsMap radio stations effective Jan. 9.

“We are thrilled to be working with VSiN,” said David Gow, CEO of Gow Media, in a statement. “VSiN has set the standard for sports gambling content. Through this content distribution deal, we will bring together some of the most influential personalities in sports radio to entertain and inform our combined audiences.”

VSiN’s reach instantly expands to more than 300 stations and opens up lucrative markets like Houston, Detroit, and Southern California.

“David Gow has created a powerhouse in the U.S. radio industry, and we couldn’t be more excited to be his choice to deliver real-time sports betting news, analysis and insights to the growing SportsMap radio audience,” said VSiN Founder and CEO Brian Musburger.

It can be tough keeping up with the rapid expansion of sports betting across the sports media landscape, but it will get easier soon. All you’ll have to do is turn on your radio.