Unsurprisingly, the NFL and parlays were played at the head of the line 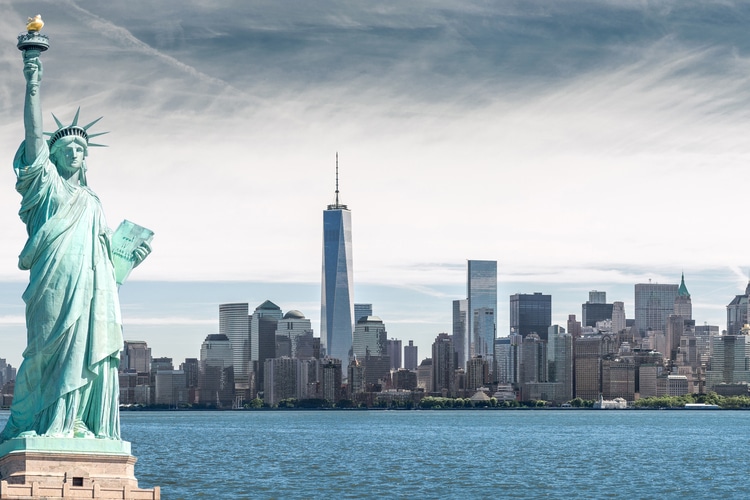 By the time you read this, it’s possible that millions of mobile bets will have already been processed in the state of New York following the successful launch of digital wagering Saturday morning.

As you know, this launch is a very big deal, as the Empire State is the first of the four “Holy Grail” states — Florida, Texas, and California being the others — to offer mobile sports betting with multiple operators. (Even if you wanted to count that five-week fiasco of whatever Florida put forth and the legal shenanigans that followed, that was a monopoly for the brief time it lasted.)

So let’s look at the historic first mobile wagers made, complete with sarcasm that New Yorkers will hopefully appreciate.

our first bet in the state of New York is backing the Broncos +10.5 today pic.twitter.com/HwIRqYlWN2

First: Hey big spender! Second: What, standard American odds aren’t good enough for you that you have to use decimal odds? Luckily, I can do the maths with the help of the internets to learn this person took the Broncos at either -107 or -108 at BetRivers with that high-side hook. I say either because the website used to convert the 1.93 odds gave a listing of -107.53.

As for the pick itself, there’s some bravery to it considering the Chiefs covered an 8.5-point spread in beating the Broncos 22-9 at home in Week 13. Actually, it is kind of brave considering Kansas City is coming off a loss and needs a win to have any chance of claiming home-field advantage throughout the playoffs, and Denver is playing for … pride.

Wait a sec. Four of Denver’s seven wins have come against the murderer’s row of the Jets, Giants, Lions, and Jaguars? This pick isn’t brave, it’s lunacy! What are you thinking putting $500 on the Broncos?!? This team hasn’t scored more than 13 points against an opponent with a pulse since beating the Los Angeles Chargers in Week 12. I’m guessing you live in upstate New York and like making snow forts to shield yourself from the harsh realities of the world.

FanDuel bettor hoping to get one over

9:01 a.m.? Are there hamsters furiously running on a wheel to power those servers that it took in the vicinity of one full minute to process this historic wager? Don’t you people know what could happen in a New York minute?

Ah, but wait. Our bettor is going against the historical trend of low-scoring games played between these teams in Philadelphia. Five of the last six games played at Lincoln Financial Field have finished with a total of 40 or fewer points and three were 30 or under. It’s not egregious enough to throw snowballs at him, but you figure this bettor does live somewhere close to that lengthy New York-Pennsylvania border that would prompt them to make this wager rather than wait for Sunday’s titanic Giants-Washington Football Team showdown.

An NFL parlay? How quaint and predictable

The first mobile bet in New York was a 6-team parlay:

Let’s admire this bettor’s tenacity for a second to kick off DraftKings‘ New York mobile experience by being perfectly willing to stew about this parlay that could go sideways before they even go out to enjoy their Saturday night.

This person knows this wager will be chronicled in the history of time forever and always because nothing ever really disappears from Twitter. They’ve probably already framed the tweet after making a 3-D printout, made it their profile picture on Facebook, posted it to Instagram, and added it to their dating app if they’re single.

Now, imagine how miserable this person’s friends are going to be listening to them if the Chiefs don’t cover Saturday afternoon. Or even worse, if the Eagles don’t cover while they’re out Saturday night. They may have to buy them multiple pity Skrewball shots to shut them up if that happens. Because you know … you know … that if this person loses either leg Saturday, all four legs will hit on Sunday. That’s how this works. That’s how all of this always works.

Hopefully our bettor will have a happy outcome. But as someone in the responses to the tweet pointed out, the Bengals really may score 40 on the Browns by themselves even without Joe Burrow under center.

The hipster soccer parlay at Caesars

As a native Brooklynite, I saved the best for the last with this one, the Emperor’s first groove here at Caesars. First, let’s narrow down the location of this bet to either Williamsburg, DUMBO, or the Lower East side of Manhattan. Secondly, it is -150 or higher this wager started at a coffeehouse or morning soccer bar with a goateed guy in his late 20s who likes the Premier League more than he does the teams he actually wagered on, making this a hate-bet parlay.

He probably has a Borussia Dortmund Christian Pulisic jersey to remind the world he knows his European footy. And if that were true, he’d know picking all winners with no draws in a multi-leg European soccer parlay is just courting disaster. That disaster struck before this article even published, when Leverkusen’s match against Union Berlin finished in a 2-2 draw, a result he probably should have seen coming since these top-six sides are one point apart in the Bundesliga table.

Let’s take some schadenfreude from the fact this guy had to sit through approximately 10 minutes of hell on Earth hoping Leipzig would find a match-winner after leveling the contest in the 84th minute. This parlay was sunk by the immortal Grischa Promel, who entered the match with one goal in 1,404 minutes spanning 20 matches this season and registered a brace on either side of halftime.

In some respects, the biggest surprise of the first mobile bets in New York is that there is no surprise — the house is already up.