Sports in Canada have been a formative part of the culture for years. It is no surprise that with 2021 Canadian legislation making single-game wagering legal, a huge boom is expected for legal sports betting. We will cover current laws, projected British Columbia online sportsbooks, and launch timelines. Bettors will be able to support the Canucks and Lions before you know it, with tremendous growth expected within the industry. 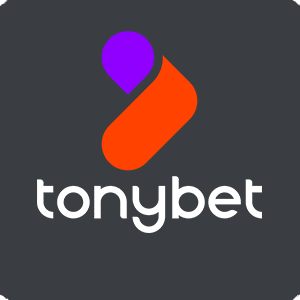 The British Columbia Lottery Corporation (BLCL) has been pushing for legal sports betting in the form of parlay betting ever since 1991. While sports betting has been popular across the country, single-game wagering was not openly legal until August 27, 2021. Online and in-person parlays were widespread for decades, expanding to include multiple operators and websites.

Much of the sports betting activity present in Canada before this dipped into American services. Offshore betting has never been expressly banned. Now that the Canadian Parliament has passed Bill C-218, the Safe and Regulated Sports Betting Act, which includes the legalization of single-event sports betting, this is going to change.

There is plenty to keep track of as sports betting legality and launch dates continue to update. Although the bill was passed on June 23rd of 2021, it came into full effect in August and has since opened up a multibillion-dollar market to the entire country.

Before 2021 is out, not only will single-game betting be legal in British Columbia, but it will also go live across Canada. Provinces like Ontario lead the way in Canadian sports betting as it rapidly grows to coincide with the already gigantic U.S. market.

Increased options for legal sports betting in British Columbia include bets on races, fights, single sport events, and other athletic contests. Both provincial governments and licensed individuals have access to offer bets on these event types across Canada.

The current sports betting market in British Columbia has expanded. The Lottery commission in the province has implemented single-game wagering after Bill C-218 came into full effect. New operators in sports betting have yet to establish themselves in British Columbia or expand into the province. Because of the recent legislation, new sportsbooks are expected to show up in the future.

PlayNow is the leader in the online gambling scene in British Columbia. They have benefited from the added single-game betting options. This operator has easily implemented the single bet format into their extensive list of options, including parlay, full cover, power picks, win/place, and same game parlay.

Plenty of offshore sites have allowed British Columbians to bet on major events for years. The popularity of sports betting in the United States has had a considerable impact on the market in Canada. While these sites are still up and running, the average person in British Columbia now has more options to choose from, and local ones at that.

When will legal sports betting launch in British Columbia?

The market for sports betting is projected to increase considerably in the coming years. Major betting deals are already underway in Canada. Penn National Gaming has purchased the Toronto-based digital media company Score Media and Gaming for $2 billion, which could pave the way for theScore Bet to factor in the country.

Online sportsbooks, in particular, are an anticipated space for growth in Canada’s market. The focus on keeping money inside Canada and provinces like British Columbia through the legalization of single-event wagering is the first step in rapid expansion.

Customer-centric companies that Canadian bettors previously used as offshore services can now begin moving in. With the launch of more legal sports betting across Canada, the projected list of online sportsbooks coming to British Columbia is lengthy. Operations currently in Canada are also due to expand along with the adjusted betting restrictions. The Canadian Broadcasting Corporation has already reported expectations for significant market growth in the next five years.

While DraftKings has been incorporated into Canadian sports culture for years, they have previously been unable to offer the same sports betting services to British Columbia that they allow in many U.S. states. We presume that DraftKings will feature heavily in the Canadian market, including British Columbia.

The Canadian operation branch of PointsBet has already announced a multi-year partnership deal with Dailyfaceoff.com and The Nation Network. Previous projects placed PointsBet into the same timeframe as DraftKings. The Australian-based operator currently supports betting in several states, including New Jersey, Iowa, and Michigan, amongst others.

FanDuel Sportsbook is an operator managed by Flutter Entertainment, which previously managed PlayNow.com. Their sportsbook remains currently unavailable in Canada as a whole. Now that provinces have access to legal single-event betting, it looks as though FanDuel is coming very soon.

As one of the largest online sportsbooks in the United States, it is expected that BetMGM will expand its presence into British Columbia along with the rest of Canada. The operator is currently making deals with The Hockey News and has announced Wayne Gretzky as their brand ambassador for future marketing endeavors.

The theScore brand app is already based in Canada and has seen consistent use for its score and statistics sharing. With its acquisition by Penn National Gaming, it is only a matter of time until their unique commercial position leads them to offer sports betting services in BC. theScore Bet is active in many American states, like Colorado and Indiana, and may soon appear in British Columbia.

Using Bet365 is currently legal across Canada. Bet365 is a gambling company based in the United Kingdom. It remains one of the largest online gaming platforms to date and is liable to increase in scope as the effects of Bill C-218 spread in Canada.

Caesars Sportsbook is an official sports betting partner of the National Football League. They expect to launch services in Canada as well, once the legislative dust settles. Caesars has no official announcement for launching in British Columbia, but once it’s made official the full scope of the book will be available in-province.

British Columbia plays host to multiple professional and amateur sports teams. The main three are the Vancouver Canucks, the BC Lions, and the Vancouver Whitecaps. The westernmost province boasts a strong showing for the nation’s athletics programs. While the olympics are a massive draw in Canada (remember Vancouver 2010?), when looking at sports betting opportunities, these are the three to start with.

Just as Hockey is the largest sport in Canada, the Vancouver Canucks are the largest team in British Columbia. As part of the Pacific Division of the Western Conference in the NHL, they represent a top opportunity for sports betting in British Columbia and beyond. The single-event sports betting legislation allows for more chances to leverage your sports knowledge of the NHL.

The BC Lions have been a part of the West Division of the Canadian Football League since 1954. With six Grey Cup wins in their career, the team is one of the most heavily bet on in British Columbia. The CFL itself is a unique opportunity that was left mostly untapped before the expansion of betting legislation in Canada.

The Vancouver Whitecaps Football Club has been a prime competitor in Major League Soccer since 2009. Just like the Canucks, they are based in Vancouver. The Whitecaps play their home games locally in BC Place, a unique domed stadium of which there aren’t many in MLS.

British Columbia has 34 casinos and gaming centers in total. The potential for new sportsbook opportunities from any of these casinos is something worth considering. New services for interacting with sports betting outside of the previously held norms are distinct possibilities as well, and brick and mortar locations could hop onto this trend as more and more services see online expansion.

Casinos across the nation have been reopened, with COVID-19 regulations being upheld since October. The offerings of physical casinos have remained community centers for legal gaming and have redoubled efforts to remain within the Provincial Health Officer’s orders.

There are three separate Cascades Casino locations across British Columbia. You can find a Cascades Casino in Penticton, Kamloops, and Langley. Each offers significant gaming space, slots, table games, and a theater. With no existing sportsbooks across the three locations, there is only speculation as to when a platform could arise.

A horse racing facility at Hastings Park, nearby downtown Vancouver. Functions as a local landmark and currently has no stated plans for delving into sportsbook operations beyond a racebook with live and simulcast wagering.

With 65,000 square feet of space, this gambling facility in New Westminster is one of three Starlight locations throughout Canada. They are owned and operated by Gateway Casinos & Entertainment Limited, one of the largest casino companies in the nation. There is no currently announced plan to establish any sportsbook services from the Starlights brand.

Casino of the Rockies

A close by entertainment complex to the Canadian Rockies International Airport. This casino in southeastern British Columbia has an off-track horse race betting room but no further sportsbook services at this time. The Casino of the Rockies is owned and operated by Ktunaxa Nation.

With two British Columbia locations, the Elements Casinos are Great Canadian Gaming Corporation standards in Chilliwack and Victoria. While there is no sportsbook for either location, there is currently a racebook available for off-track betting at Chilliwack.

With these changes still working themselves down the pipeline, it is understandable to have a few questions. Many operations of sports betting in British Columbia have become more open, with legal services far easier to access.

What is the legal gambling age in British Columbia?

While the changes to the Canadian Criminal Code have allowed for more sports betting opportunities in the province, the legal gambling age has not changed. You must be 19 years of age or older to enter a casino’s gaming areas or participate in online sports betting.

What sports can I bet on in British Columbia?

Bettors throughout Canada can place wagers on sports in all the major leagues (NHL, NFL, NBA, MLB, and MLS) as well as the Canadian Football League, and plenty of others. The passing of Bill C-218 has not changed this list.

What is the tax status of sports betting wins in BC?

Cash winnings in the entirety of Canada are tax-free. Sports bet winning are included in the 100% share of the profit gained by participating British Columbians. This includes any money made via online sportsbooks.

How do offshore betting sites work?

Offshore sports betting is not regulated at the provincial or federal level in Canada. While you are still able to do business with them, as many British Columbians have in the past, if you run into any issues with payouts or your account, you will be left without any legal recourse. These sportsbooks still base operations in the Canadian market, however, and are not expressly illegal.

When are more legal sportsbooks coming to BC?

With the recent legislation in mind, many sportsbook operators have made it clear they are excited to expand into Canada legally. Many have expressed intentions to make the move soon, but official announcements are few and far between. For many sportsbooks, you can sign up early and receive a notification when they come online in Canada.

How do I deposit to an online sportsbook?

The methods of payment accepted can differ slightly from one service to another. Generally, you can make transactions using Mastercard, Visa, and Online Bill Payment options.