Where Broadcasting Fits In The Sports Betting World 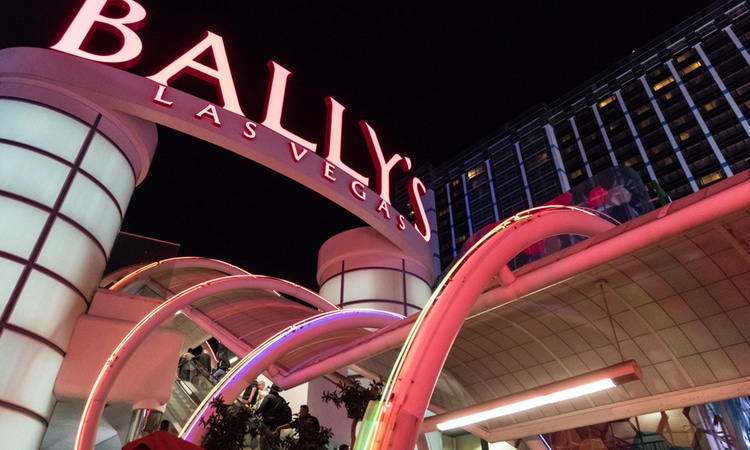 Two-and-a-half years is an interesting length of time, depending on the perspective.

On the one hand, the sports betting industry writ large in the United States — read: Beyond the Las Vegas Strip — is still in its infancy since the Supreme Court struck down PASPA in May 2018. The country is close to the halfway mark in terms of places where it is legal to place wagers vs. not, and ongoing momentum exists for further expansion.

On the other hand, 30 months in the broadcasting industry can be measured in dog years. As sports betting has become more prevalent and socially acceptable, media entities with multimedia platforms are in an escalating arms race — aligning themselves with sportsbook operators and trying to create quality content.

Rapidly evolving technology has placed an increased emphasis on the digital landscape for both networks and operators. The “secondary screen,” which is the smartphone or laptop where bettors gather information and make their wagers while they watch an event, is now a landscape evolving into a battleground.

The target is not so much a new demographic as it is hyper focusing on an existing one — the sports fan. This is nothing new, of course, but panelists speaking at multiple sessions at the Betting on Sports America Digital Conference on Tuesday noted that the hyper-focus process is still taking shape.

While sports betting has expanded on a state-by-state basis, it did not really enter the mainstream consciousness until sports networks ESPN and FOX Sports began presenting such information as part of their programming. ESPN experimented with it during the short-lived reincarnation of the XFL, then went all-in signing deals with Caesars and DraftKings, making them co-exclusive partners for odds and daily fantasy content.

FOX Sports has its own betting platform in FOX Bet, with its weekly “Super 6” contest that involves picking NFL games “to win analyst Terry Bradshaw’s money,” and is available by app. The free contest serves as a potential gateway for operators in legal jurisdictions and a placeholder in jurisdictions that have yet to see sports betting legalized.

While those deals were on a broad, national level, last month’s 10-year, $85 million agreement between Bally’s Corp. and Sinclair Broadcasting Group to rebrand 21 Fox regional sports networks (RSNs) to Bally’s Sports reaching 88 markets was the first large-scale deal on a state and local level. It also earned praise from some of the panelists on the “Content rich: Betting and broadcasting” session.

“When you see a deal of this magnitude in terms of reach of operators in the television world, it’s going to move the needle and raise some eyebrows,” said Doug Kezirian, a reporter who focuses on sports betting for ESPN. “It’s a new frontier, and it’s a new space. Everyone has to figure out and balance what their product is, specifically, and in general where they want it to go and figure out how advertisers can best fit.”

Evan Davis, the managing director of sports betting for SeventySix Capital Sports Advisory, noted the series of moves Twin River has made — acquiring the Bally’s name for its own rebranding prior to the rebranding of Sinclair’s RSNs and previous acquisition of SBTech — is a forward-looking deal since many of those networks are located in jurisdictions yet to legalize sports betting.

“What’s fascinating about it is Bally’s is trying to take a longer view towards where they are going to fit within this industry and how they are going to differentiate themselves going forward. They’re not necessarily looking at the value as we sit here today, but rather, five years from now, when we look back, are we going to be happy with this transaction and think that it gave us good value?

“Is it going to help us to differentiate ourselves in markets that don’t even exist yet? Because they’re in states where this isn’t even a legal industry yet.”

VSiN Vice President of Digital Content Ben Fawkes picked up on that theme, pointing out how his company has seen “a need and the desire for more localized content,” which VSiN has addressed with studios in legal markets beyond Nevada including Colorado, New Jersey, and Illinois.

“I think we’re going to see more and more localized sports betting content as we get into more and more of these states. … There’s so many new states as well and new potential bettors getting into that for the first time.”

Fawkes has a more knowledgable audience when it comes to sports betting given VSiN has 17 hours a day of original programming when you add up its content over all its platforms. The “implied knowledge,” as described by Fawkes, is a “big advantage” because it allows VSiN’s programming to be unique. He likened it to the business network CNBC in the sense that there are “different shows for different levels of bettors.”

Both Kezirian and Davis noted that sports networks have to walk a fine line because too much talk about sports betting may turn off a potential non-betting viewer. They both also pointed out an unintended by-product of legalizing sports betting on a state-by-state basis: There are some places where sports betting carries a stigma as a vice, and some places where people do not know it is already legal in nearly half the country.

“I think in general, you have a mass audience at the network level and a national broadcast, it’s on the media companies to figure out what the appetite of the sports fan is,” Kezirian said. “I’ve always felt that sports betting information is another analytic …

“It can be used as context and providing information. Not necessarily you want a broadcaster getting on your screen with the 900 number scrolling — I think that’s what everyone is fearing, fearing the worst — but it’s another tool for a broadcast to convey interesting information.”

Davis came from the audience side of the argument, saying there needs to be “a recognition that not all sports fans are created equal.” He used an analogy of a baseball broadcast, noting how some viewers get turned off by hearing the non-traditional, next-level statistics that others readily embrace as broadcasters try to cater to everybody.

“There are millions and millions of casual sports fans who, if you asked them, would never consider themselves to be potential sports bettors, and yet they are,” he said. “They absolutely are, because if presented with the right opportunity, they would put down $20 on their team to win a match or win a division or whatever the right metric is there.”

Sinclair revisited from the inside

In the session “Media Grab — New Brands in Gambling,” Sinclair Chief Strategy Officer Scott Shapiro took center stage as he offered some insight into the reasoning and upside his company hopes to realize in its deal with Bally’s. As the panelists from the previous session pointed out, reaching viewers on a local level proved to be a key point of attraction.

“We were going to get advertising dollars anyway, we’re fortunate. Anyone who has local sports rights knows that it’s a very engaged audience prone to make a sports bet,” Shapiro explained. “In a lot of ways, the hard part is already taken care of in terms of the pure linear and digital asset, which is a bunch of rabid sports fans.

“When we thought about our portfolio of assets, we actually were excited by the fact they were inherently local. Why? Because every state is different and has different rules and regulations, but we were also excited by the ability to tailor our offerings with Bally’s and Bet.Works in a way that was meaningful to the local audience and drive engagement.”

Bet.Works Chief Operating Officer Jay Rood drew parallels to the deal from his time previously working with operators on the Las Vegas Strip, with the liquidity created in the agreement allowing an operator to bring a better product to the customer.

“With us being able to align all of our brands, it gives us that ability and that reach, with the Sinclair partnership to bring our brand into every jurisdiction with a very familiar feel and understanding of what they’re going to be getting from a product side.”

Sinclair also saw long-term potential with the Bally’s partnership leading to possible on-screen pre-game and in-game betting, though he was also quick to point out much of that would be dependent on what sports leagues would find permissible.

“We’ve got the best-in-class local video assets, so to the extent that our partner is allowed one day to engage in that way with their audience, I think that’s a perfectly logical and exciting product,” he said. “When you think about being able to look at ‘gameifying’ your sports broadcast … if you had your secondary feed that was focused on ‘gameification,’ that’s a pretty interesting product we would be excited about subject and working with our league partners on anything like that.” 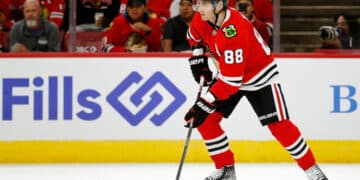