COVID-19 slowed collection of signatures and deadline is now Oct. 12 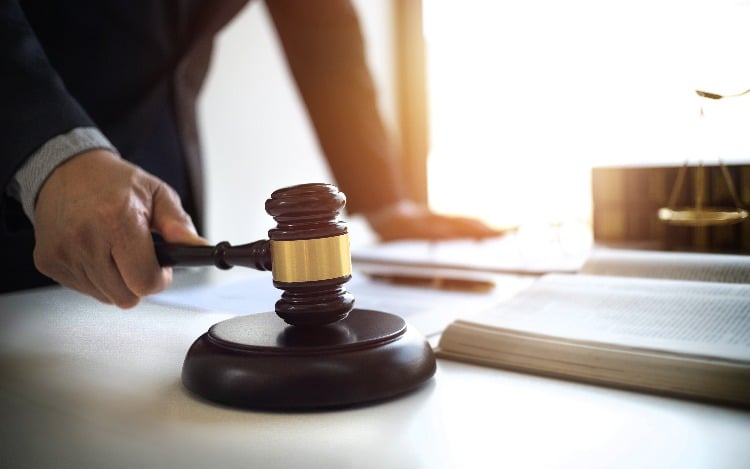 A California Superior Court judge on Thursday made official his tentative ruling to allow a coalition of federally-recognized tribes 90 more days to collect signatures for a legal sports betting referendum that would go on the November 2022 ballot. The tribes sought an extension due to the COVID-19 restrictions in place in the state.

Judge James P. Arguelles said he will “reissue the tentative (ruling) and call it the final ruling,” and left open the door for the tribes or the Secretary of State’s office to come back to court should “conditions change.” The tribes filed suit against the Secretary of State in early June seeking a 180-day extension to gather signatures. The judge on Wednesday issued a tentative ruling granting 90 additional days.

“We appreciate the Court’s consideration and recognition of these extraordinary circumstances,” Jacob Meija, vice president of public affairs for the Pechanga Band of Luiseno Indians told Sports Handle after the tentative ruling was made. “We are also pleased that the Court has retained jurisdiction, which allows us to go back to the judge in case of other shutdowns.”

California’s Indian Country wants to let voters decide on whether to allow on-site sports betting on tribal gaming properties. Their proposal would allow for in-person sports betting only at tribal casinos and horse racetracks, excluding the availability of statewide online sports wagering. The referendum would not allow sports betting at card rooms, which the tribes believe operate illegally in the state.

Thursday’s 25-minute hearing wasn’t contentious, though Gabrielle Boutin from the Secretary of State’s office did suggest that the submission of signatures be put off until January 2021. Under the current timeline, she argued, the Secretary of State’s office would have to verify signatures at just about the same time as the Nov. 3, 2020 election, which would create an untenable workload for elections officials. It seems likely that Arguelles will ultimately grant that request, though he did not do so on Thursday.

Essentially, the 90-day extension appears to be a soft deadline, and Arguelles is “retaining jurisdiction” in the case, meaning either party to can ask to revisit the situation without filing a new lawsuit.

The key part of the exchange went like this:

Arguelles: “I’m not sure what it will look like in September, so that is why I am not comfortable kicking this out another 180 days. That’s why I kept jurisdiction.”

Boutin: “You will be open to hearing arguments from the Secretary of State’s office about pushing out the signature deadline?”

The hearing was held via video link due to COVID-19 protocols in place in California. On Wednesday, Gov. Gavin Newsom issued orders for 19 counties to move some indoor businesses — including card rooms — outdoors or shut down completely for three weeks as coronavirus cases continue to rise. On Thursday, Newsom said California has seen a 56% increase in coronavirus-related hospitalizations and  43% increase in occupied ICU beds.

“With these unprecedented times, it is a positive to see that the California’s tribes efforts to continue their quest for sports betting will be allowed to move forward without having to start over,” said consultant Brendan Bussman of Global Market Advisors. “With the exception granted today, there is little doubt in my mind that they will be able to get this on the ballot and move forward with their proposal for the California voters.”

The California card rooms in these counties have to shutdown again. https://t.co/XLAx4t5h9L

For the tribes, these figures likely mean that gathering signatures will continue to be slow going. Between mid-January, when the tribes first got authorization to begin gathering signatures and mid-March, when California restrictions went into place, the tribes gathered 971,373 signatures, only about 150,000 short of the 1,096,853 needed to get the referendum on the ballot. Those petitioning for a ballot initiative, however, must collect 110% of needed signatures, to allow for some invalid ones. The tribes were aiming for 1.6 million.

According to attorney Deborah Caplan, the tribes were collecting signatures at a rate of about 10% normal in early June, with the expectation that that number would rise. However, in the last two weeks, as coronavirus cases have spiked, that ability to collect signatures has fallen.

On balance, it appears that both the court and the Secretary of State will work with the tribes to allow them to collect signatures and deem them valid for the 2022 ballot. The tribes initially were aiming for the 2020 ballot, but COVID-19 eliminated that goal.

Should the tribes collect enough signatures and get their referendum on the 2022 ballot, it would likely be mid-2023 at the earliest before the first sports bet could be placed in the state. Existing casinos would likely have to carve out space within their  facilities for sportsbooks. In addition, each would need to find some sort of partner to help with risk management.

As the tribes have continued to move forward, a state legislative proposal to legalize sports betting was withdrawn from consideration last month. That proposal would have allowed for statewide mobile sports betting, included a taxation workaround to effectively charge the tribes 10% of gross sports wagering revenue, and would have allowed the state’s card rooms to continue operating.

Throughout the legislative process, lawmakers repeatedly said that all stakeholders were part of the conversation, but tribal leaders said they were not included. Ultimately, the legislation put forward — and vocal opposition — made it clear that Indian Country was not part of the discussion. With more than 60 tribal casinos around the state, the tribes have a grip on gaming and a well-funded lobby.

Got to talk to state lawmakers @BillDoddCA and @AdamGrayCA about their bill to legalize sports betting in California, a piece of legislation that could raise $500M – $1B for the state as it tries to navigate its way through virus-induced budget woeshttps://t.co/A8scZ5B4Zl

“Right now, the tribes’ proposal is the only reasonable approach that exists currently for sports betting in California as the legislative route that was shut down last month did not have the tribes at the table, pushed forward under the disguise of coronavirus, and promised unrealistic revenue to the state,” Bussman said.

“The legislature may try to take it up again but they will need to have all parties at the table at the beginning of discussions and offer a solution that provides an equal regulatory footing for all potential parties and one that will be able to be approved by the voters on the ballot.”