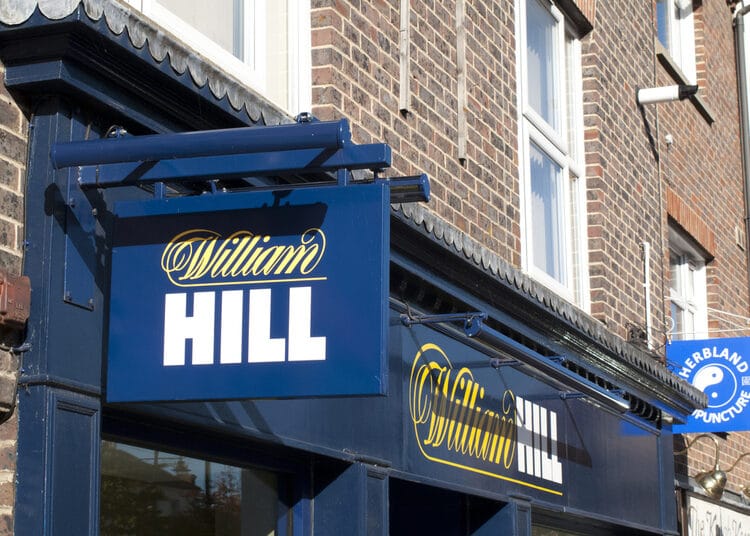 Caesars Entertainment announced Monday that the company has entered advanced negotiations concerning a potential $3.7 billion takeover of William Hill, raising the stakes in a potential bidding war with a prominent private equity firm.

The announcement came several days after the English sports betting operator disclosed it received separate takeover offers from alternative investment management firm Apollo Global Management and Caesars, one of the world’s largest casino operators. Caesars’ offer of $3.7 billion (£2.9 billion) represents a 25% premium to William Hill’s closing price of 217.60 pence on Sept. 24, the day before the bookmaker announced the two offers.

If Caesars makes a firm offer for William Hill, it intends to consummate the acquisition at some point in the second half of 2021, the company said in an SEC filing.

In conjunction with the bid, Caesars commenced an underwritten public offering of 30 million common shares on Monday for general corporate purposes, including the possibility of financing a portion of the William Hill acquisition. The offering is not contingent on the completion of a potential acquisition of William Hill, Caesars Entertainment said in the filing.

Under a current agreement, William Hill runs online sports betting operations through Caesars’ market access in numerous states. And as part of a multi-year partnership between Caesars and ESPN, announced earlier this month, the media giant now provides link integrations from its digital platforms to William Hill’s sports betting apps. In turn, William Hill has gained added visibility with the display of pre-game and live offerings on ESPN.com.

Caesars owns a 20% stake in the U.S. joint venture with William Hill. By accepting a bid from Apollo, rather than one from Caesars, William Hill runs the risk of losing a valuable revenue stream from more than a dozen Caesars properties in existing states with legalized sports betting. Caesars also operates properties in states such as Louisiana, Maryland and Missouri that could legalize the activity in the coming years.

If its bid is successful, Caesars said its focus would be on William Hill’s U.S. assets and it would “seek suitable partners or owners” for the other businesses, such as the U.K. #sportsbetting #iGaminghttps://t.co/KTd51vcJj1 via @business

Assuming that only half of U.S. states eventually legalize sports betting, a discounted cash flow estimate from Jefferies values William Hill at 330 pence ($4.26) per share. Under a bullish case, William Hill could be worth as much as 460 pence per share, according to Jefferies analysts. Shares of William Hill closed Monday on the London Stock Exchange at 275.90 pence, down more than 11%. Last week, William Hill surged more than 30% in Friday’s session on news of the takeover attempts.

In 2008, Apollo and TPG Capital completed a $27.8 billion leveraged buyout of Caesars, then known as Harrah’s Entertainment. The two private equity firms owned a 16% minority stake in Caesars when the company emerged from bankruptcy in 2017, before unloading the remaining stake valued at $323 million in March 2019.

The New York-based private equity firm has not publicly disclosed the terms of its offer.

A request to an Apollo spokesman for comment was not immediately returned. 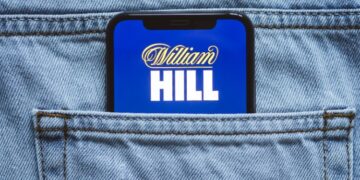