TV ads with the Mannings and J.B. Smoove clearly got through to the polled consumers 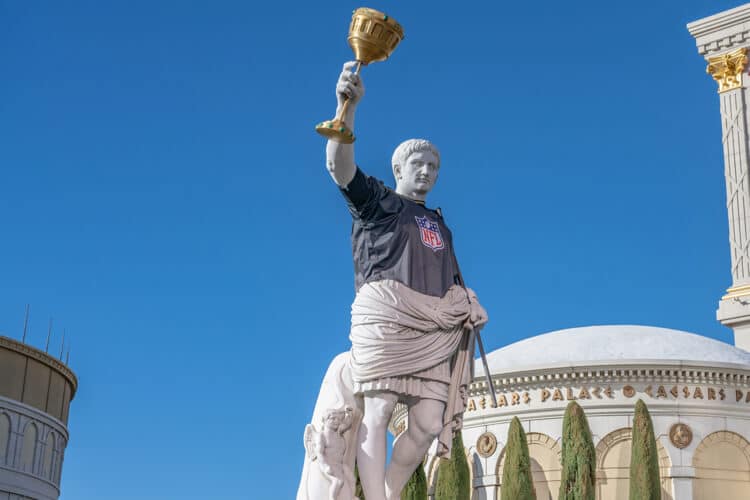 Caesars is making a run in the mobile sportsbook world, and it appears the company can thank J.B. Smoove, Halle Berry, and the Manning clan for a lot of the strides made.

At least that’s the headline coming out of the latest Cumulus Media/Westwood One Audio Active Group study, which they hired MARU/Matchbox to create.

The company does this every six months or so — using data collected from radio listeners — to give a peek into what sportsbooks might be on the rise, who is betting, and other data. And in this case, even though the consumers polled were chosen because they identify as radio listeners, it was the influence of television ads that proved undeniable.

Thanks to the love it or hate it “Caesar” character, Caesars Sportsbook soared in brand awareness for the period between April 2021 and February 2022. Consumers were asked to name any sportsbooks they were familiar with, and Caesars saw their “unaided awareness” number jump by 16 percentage points. To compare: FanDuel and BetMGM saw their numbers rise by nine points, Barstool and DraftKings by three points.

Overall, FanDuel and DraftKings still led the pack when consumers were asked, “Thinking about online sports betting sites or apps, which sites or apps come to mind?” For FanDuel, 28% of respondents could name them, and 25% of people came up with DraftKings. Caesars came in at 18%, BetMGM at 17%. From there, it was a freefall to Barstool and BetRivers at 4%, FOX Bet and bet365 at 2%, and everyone else below that threshold.

One major eye-opening number: Even at this stage of the game, 40% of Americans couldn’t name one operator. The positive industry spin: That means there’s still plenty of room for growth.

The study also asked the same questions as above, but broke it out into states where sports betting has yet to be legalized, giving a peek into the minds of would-be future customers.

Some other takeaways from the study: