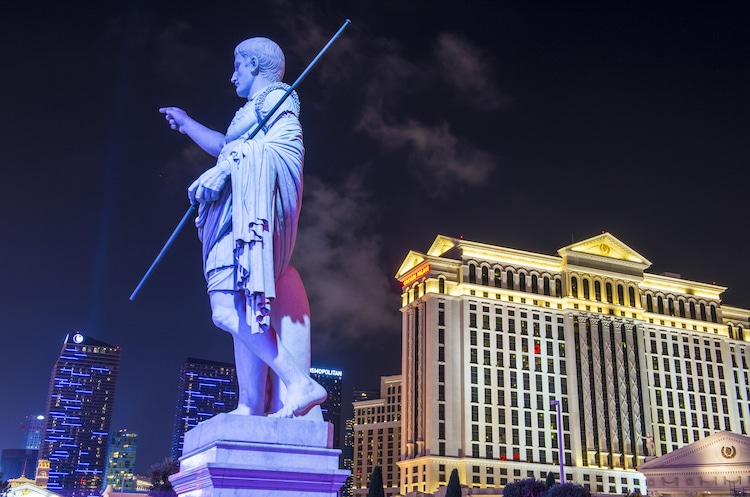 For years, Dane Carroll would drive an hour or more from his Suffolk County home to New Jersey to make his NFL bets on the weekend. So like a lot of New York sports bettors, he was ready to pounce when online sports gambling went live in New York on Jan. 8.

Carroll wanted to take advantage of all the promotions operators were offering to round up customers at launch, so he downloaded the apps and signed up with FanDuel, DraftKings, BetRivers and Caesars, the first four companies to go live in New York.

One of those names had a particular appeal.

“I’d been to Vegas a few times. Caesars had the name recognition, so I’m thinking, ‘OK, I can capitalize on that.’“ Carroll said.

Right away, however, Carroll began noticing issues with Caesars’ app. He saw that his telephone number was off by one digit in his profile, but when he went to change it, the app only gave him the option to change his e-mail address. He switched to the desktop version, but had the same problem. He tried different browsers, but again, there was no resolution.

These experiences sent Carroll down a frustrating rabbit hole of customer-service queries, none of which solved his problem. When he finally tracked down a customer-service number — from New Jersey Caesars, of all places — the voice on the line said the call center was closed, even though it was during listed business hours.

Then he heard a click. Every time he called, he got the same message and was hung up on.

But Carroll’s greatest frustration came when he went to withdraw $300 of his initial $800 deposit plus winnings from a few football games. He requested a withdrawal on Jan. 16, but it stayed in the “pending” stage on his app for four days, with the money finally hitting his bank account Thursday. He said each of the three other apps he used got him his money in less than 24 hours.

Now, he said, he’ll drain his remaining balance with Caesars, however long that takes, then delete the app.

Carroll’s frustrating experience was among scores of complaints from New York bettors who have found Caesars’ betting app to be problematic. Among other problems, the app simply crashed for three hours on opening night, a glitch the company attributed to massive volume.

One bettor tried to use the app’s live chat feature and found that his wait time was going to be considerable:

Here is one ⁦@CaesarsSports⁩ user in New York trying to chat about technical problems on his app. Note his spot in line: pic.twitter.com/My931DpmNI

Matt Tonn, the New York City resident who emailed that screen shot to Jill Dorson after her initial Sports Handle story on the Caesars glitches, said he did eventually get his app working correctly and finally got an emailed response from Caesars.

Caesars’ early problems in the Empire State have reached the desks of elected officials. Sen. Joe Addabbo, the chairman of the committee on racing, gaming and wagering, said Caesars could simply watch the New York market “pass it by like a freight train” if it doesn’t fix its technical issues soon.

“I understand [bettors’] frustration. What are they asking for? Answers. And the lack of response back, the lack of dialogue from Caesars, adds to the frustration,” Addabbo said. “We know this is not a small town we’re talking about. It’s New York City and the state of New York. You know these are savvy sports betters with now this huge volume and you’re Caesars. You’ve got to be ready to handle that. I see all these commercials. They’re not a rookie in the industry. What are you doing? I shake my head. You’ve got to be kidding me.”

As of publication time, Caesars had not responded to queries from Sports Handle about the snafus in New York. Caesars CEO Thomas Reeg told CNBC’s Squawk Box that the sportsbook took 1 million bets in the first 39 hours of launch, which was nine times the volume of the previous state it opened in, Arizona.

“When you have massive demand, that’s when you see pinch points in your system,” Reeg said before apologizing to New York bettors and adding, “We will be better going forward and we’ll improve with every weekend.”

Without answers from Caesars, it’s impossible to know why their server crashed or why so many players have reported technical issues with the app. But one culprit could be the April acquisition of London-based William Hill, which included Hill’s Liberty Platform, the system that now powers all of Caesars’ various state wagering apps. Was the platform simply too small for the volume New York produced?

It’s too soon to tell where that pinch point was exactly, but with the NFL playoffs moving swiftly along, Caesars may have already missed its only opportunity to make a good first impression in New York.

UPDATE: Shortly after publication of our story, Caesars issued the following statement:

“Our customers are of the utmost importance to us and we apologize for any inconvenience they’ve experienced since our launch in the Empire State. New Yorkers have tremendous passion for sports and the state operates on an unprecedented scale all its own. That scale has exposed issues in our platform and we’ve made numerous updates every day since launch to improve the customer experience. Additionally, we are continuing to increase our customer service capacity to ensure we can respond more quickly. We’re committed to the state of New York for the long haul and want to assure every customer that we appreciate their feedback and are working to rectify these issues as quickly as we can.”