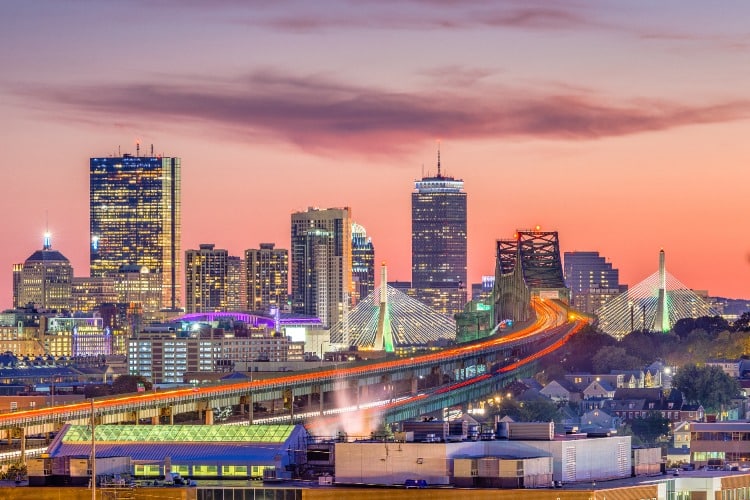 Encore Boston Harbor has “reached a preliminary agreement” with Caesars Sportsbook to sell its second Massachusetts digital wagering skin, according to a story on MassLive. A Caesars representative told Sports Handle it had no comment on the news, but MassLive wrote that the deal was part of a public records release Tuesday and was confirmed by an Encore spokesperson.

Under the new Massachusetts sports betting law, the state could have up to 15 platforms, and any digital platforms must be tethered to one of three casinos or two horse racetracks, or they can apply for one of seven stand-alone mobile platforms. By partnering with a casino or racetrack, an operator does not have to compete for one of the seven stand-alone licenses.

Each casino has two skins, and all are using their first skin for their own companies — Barstool Sportsbook/Plainridge Park, BetMGM/MGM-Springfield, and WynnBET/Encore.

Neither of the two approved racetracks — Raynham Park or Suffolk Downs — have announced partners, though a Suffolk Downs representative last week told the Massachusetts Gaming Commission that it is “in talks with various top-of-the-line operators.” Each facility is entitled to one digital skin.

Applications will now be accepted on rolling basis.https://t.co/Z0eORbgWAQ

A third racetrack/parimutuel facility could be added to the mix, as the MGC has been considering an application but has not yet ruled. Should the new entity be approved, 16 digital licenses would be available.

The Caesars-Encore deal means that there will be one less major operator competing for one of the seven stand-alone licenses, and that the two biggest casino operators that have significant market share in sports betting — BetMGM and Caesars — will both have a foothold. The process will be competitive and not every applicant will be licensed, as more than 25 entities have expressed interest, including mobile wagering giants FanDuel and Boston-based DraftKings.

Caesars no stranger to MGC

According to MassLive, the potential deal between Encore and Caesars was revealed when the results of surveys submitted to the MGC were released. American Wagering, which does business as Caesars, was among those who submitted a survey. There were no other revelations, according to MassLive, from the surveys.

Caesars does not have a physical location in Massachusetts, but in 2013 applied for a casino license with plans to do business with Suffolk Downs. It later withdrew the plans and sued the MGC and its chairman, claiming a conflict of interest and favoritism.

The MGC is set to meet Thursday. The approval of additional sports betting rules is on the agenda. The commission earlier this week held a roundtable discussion with stakeholders surrounding, among other things, the logistics of managing some advertising guidelines.