Tribes have plenty of reason to oppose offering from state legislature

by Jill R. Dorson
in Opinion 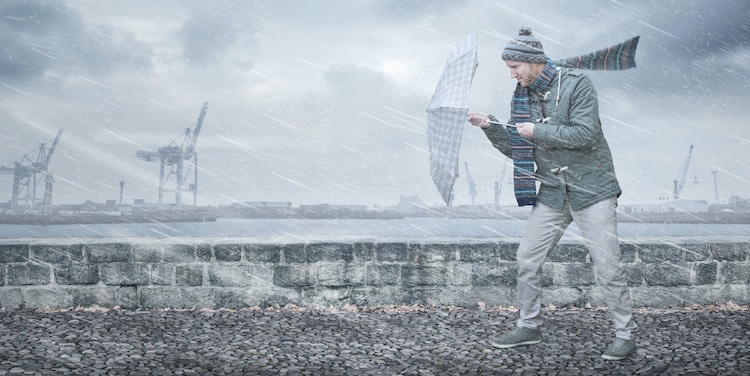 California lawmakers last week laid out what they must think is a fair sports wagering compromise — legal sports betting at Indian casinos and horse racetracks, legal statewide mobile sports betting, and no more lawsuits from the state’s tribes against local card rooms.

Problem is, California tribes likely won’t sign off on the latest sports betting offering from Sacramento. For several reasons.

First, while operators and lawmakers across the U.S. embrace statewide mobile sports betting as the most lucrative piece of the pie, tribal interests have, for the most part, shunned mobile. With the exception of Michigan, where tribes signed off on a new law that legalizes retail and mobile sports betting at all of the state’s commercial and tribal casinos, Indian gaming interests have largely opposed it.

There have been varying arguments for why tribes don’t want mobile sports betting. Minnesota and Washington tribes have said they want to keep patrons coming into their venues rather than allow them to bet online. Earlier this year, Washington became the first state to legalize sweeping tribal-only sports betting. The tribes succeeded in keeping local card rooms out of the mix despite an aggressive shove to get in.

A second argument is that if tribes that already have monopolies or near monopolies on gaming, such as those in Washington State or California or Connecticut, why agree to mobile sports betting? The thinking is that they are opening the door for commercial interests to enter the space, which would potentially siphon business from the tribes to the commercial sector.

To that end, from a tribal perspective, the requirement in the new amendments to use “independent online sports wagering platforms” is wholly unattractive. The new amendments seek to collect a tax from tribal gaming. Though the state can’t directly tax the tribes, it could, potentially, tax the operators directly. But it would also bring commercial interests, such at national operators DraftKings and FanDuel, into the mix — exactly what the tribes seek to avoid.

A third argument is that it appears that the Indian Gaming Regulatory Act doesn’t allow for mobile gaming. The law, which came into effect in 1988, is explicitly designed to “regulate the conduct of gaming on Indian lands.” This could be interpreted to mean that any gaming that happens off of Indian lands — i.e. via a mobile device — could be considered in violation of the act.

At least one source in the tribal gaming world says the tribes don’t want to give up the exclusivity granted them by IGRA, or risk going against the intent of the law.

California’s tribes have been relatively quiet since the amendments were filed on Thursday, but they’ll surely be watching Tuesday’s hearing before the Senate Government Organization Committee, which is chaired by Sen. Bill Dodd, who sponsored the Senate version of California’s sports betting bill and the recent amendments. Though the bill and amendments lay out a clear framework for sports betting in California, the final decision would go to the voters in November.

Before the coronavirus pandemic began sweeping the U.S., the tribes were poised to have their own referendum on the November ballot. Like the legislative version, the tribes would have asked the voters to legalize sports betting at both tribal locations and horse racetracks. Mobile was not part of the tribal referendum, which appears dead in the water since COVID-19 restrictions are still in force in California. The tribes, which had collected 25% of the necessary nearly 1 million signatures for the ballot initiative by mid-February, likely won’t be able to make the early  summer deadline for signatures.

Meanwhile, stay-at-home pandemic circumstances and the resulting economic impact on every state’s economy has given the California lawmakers occasion to once again point to an untapped revenue stream.

In filing the amendments, lawmakers argue that “This act would enable the State of California to capture hundreds of millions of dollars in revenue for the benefit of Californians as we seek to recover from the health and economic damage caused by COVID-19, dollars that are currently bolstering the profits of illegal, out-of-state sports wagering operators. Experts estimate that legalizing sports wagering will generate billions of dollars in new revenue in the coming years that we can use to combat the damage caused to our state by COVID-19.”

Stakeholders, including operators and tribal interests, say they were not contacted by lawmakers ahead of the amendments being filed.

Without the support of the tribes, it’s unlikely lawmakers will make much progress. Horse racetracks are included in the current proposal. And lawmakers also included language that would keep the tribes from continuing to bring lawsuits against local card rooms, which tribal interests believe encroach on their right to exclusivity.

But the card rooms and racetracks are no match for the tribes, which have a powerful, well-funded and well-connected lobby in Sacramento. Though their own referendum has little chance of moving forward, the tribes will likely do whatever it takes to get voters to say “no” to the kind of sports betting lawmakers are contemplating.

From an operator perspective, the latest amendments would make California a “good” market. On the upside, there would be plenty of competition: each of the four horse racetracks plus one satellite location for each would be granted an online skin; each tribal casino would get a mobile skin; and the 10-15% tax rates are manageable. On the downside, the bill requires the use of “official league data”  and in-person registration for mobile.

But what’s in the amendments might not matter in the end, if lawmakers can’t convince the tribes to get on board.