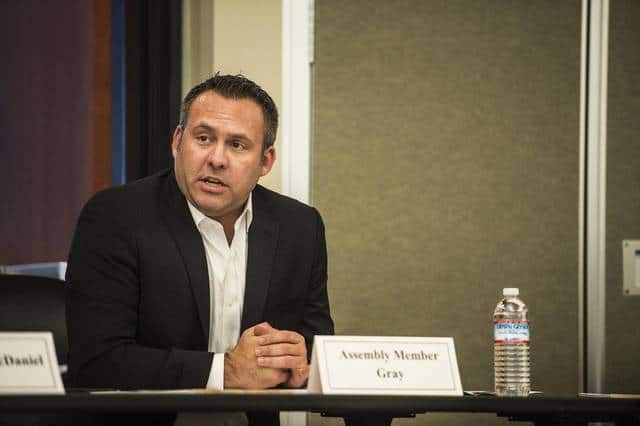 Just like the state of New Jersey, California Assemblyman Adam Gray has been watching and waiting. And on Monday, when the Supreme Court ruled in favor of New Jersey in Murphy v NCAA, Gray pounced.

“The decision by the Supreme Court affirms that the choice to legalize sports wagering is one for the states to make for themselves,” Gray said in a statement released Monday. “The ball is in our court. The voters of California will now have to make the decision whether or not to authorize sports wagering.”

Gray introduced a Constitutional Amendment, ACA 18, in July 2017. The amendment would allow sports betting in California and allow the state assembly to pass laws with regard to regulations and implementation. Should the amendment pass, California voters would vote on the amendment in the November election. The state currently has myriad tribal casinos, card rooms, and live horse-racing tracks, all of which are licensed for gambling and would likely be able to offer sports betting should the voters make it legal.

Gray Introduced Amendment in 2017 and With the New Supreme Court Decision, Is Ready to Make Legal CA Sports Betting A Reality.

When Gray introduced ACA 18, he viewed it as a placeholder, and was biding his time until the Supreme Court ruling, which came on Monday. The high court stuck down the Professional and Amateur Sports Protection Act, which effectively made sports betting illegal in all states but Nevada.

“Now that the court has given the states the right to make this choice, it is time we begin to have a serious conversation about sports wagering in California,” he said.

Californians have long been able to place legal sports bets in neighboring Nevada and as in most states, there are those who bet off-shore.

“It is time to bring this multibillion dollar industry out of the shadows,” Gray said. “We need to crack down on illegal and unregulated online gaming … All other gaming activities in California are subject to regulations that ensure the safety of consumers. Sports wagering should be treated no differently.”

The state, which has long been in a massive budget crisis, could certainly use a new stream of revenue, but bringing all the relevant parties to the table will certainly be a challenge. The state has more than 100 tribal casinos and in many other states, including Connecticut and Michigan, coming to an agreement with tribal groups has been tricky. There are 108 federally recognized tribes in California and approximately 65 of them have compacts with the state.

In California, Indian casinos have exclusive rights to operate casino-style games. There are no commercial casinos in California.

“California voters have, on numerous occasions, confirmed the exclusive right of California tribal governments to operate casino-style games,” Steve Stallings, chairman of the California Nations Indian Gaming Association told the Los Angeles Times on Monday. “Legalization of sports betting should not become a back-door way to infringe on that exclusivity.”

That said, sports betting is not specifically mentioned in Indian Gaming Regulatory Act of 1988, which allows for three classes of gaming, up to and including so-called Nevada-style gaming (slot machines, electronic games of chance, and many banked card games like blackjack) while the state allows betting on horse racing, bingo for charity and a state lottery. The state has long has card or poker rooms, as well.

But hammering out agreements with major stakeholders is a conversation for another day. Gray’s immediate goal is to get his amendment through the general assembly and onto the ballot.