Sports Betting Measure Lands On California Ballot For 2022 Election, But Will There Be A Separate Initiative For Mobile? 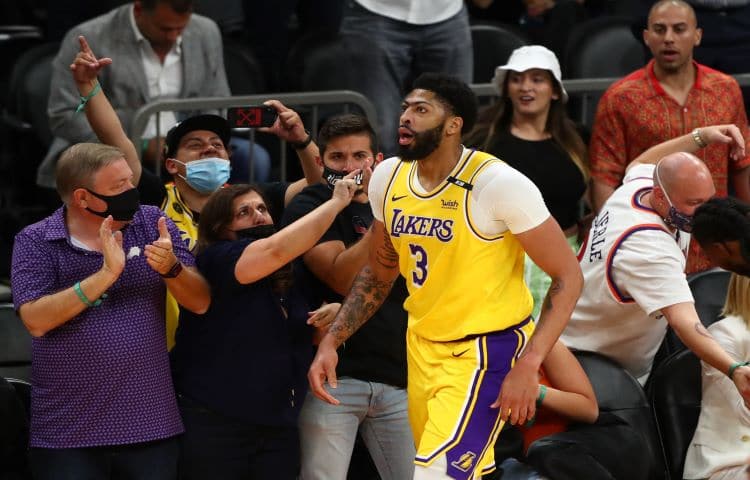 In the wake of efforts from two major states, New York and Florida, to advance sports betting measures in recent months, California might be the next of the so-called Big Four to join the party.

But if sports gambling is legalized in the Golden State, it may not occur until 2022 at the earliest. On Thursday, the California Secretary of State announced that a certain ballot measure to amend the state’s constitution will appear on the next statewide general election in November 2022. The announcement appears to quiet speculation that a sports betting measure could get lumped in with a gubernatorial recall vote, one that may be held at some point this fall. Efforts from sports betting proponents to appear on the recall ballot thus far appear to be unsuccessful.

The ballot initiative allows federally recognized Native American tribes to operate sports betting on tribal lands subject to a compact negotiated with the California Governor and subsequently ratified by the state legislature. The initiative required 997,139 signatures to gain inclusion on the ballot, and the Secretary of State office received 1,062,880 valid signatures, qualifying it by more than 60,000 submissions, according to the Pechanga Band of Luiseño Indians.

“We are grateful to the more than one million Californians who signed petitions to authorize sports wagering in a well-regulated and responsible manner,” Pechanga Chairman Mark Macarro said in a statement. “This is an important step toward giving Californians the opportunity to participate in sports wagering while also establishing safeguards and protections against underage gambling.”

Earlier this week, Florida Gov. Ron DeSantis signed a compact that will grant exclusivity to the Seminole Tribe for statewide sports betting operations through a hub-and-spoke model. Under the model, the servers used for facilitating mobile wagers are expected to be located on tribal lands. The mobile sports betting provision is expected to be met with a litany of legal challenges.

The California ballot initiative, on the other hand, does not include a provision that would allow for the legalization of mobile sports betting.

The California initiative calls for a 10% tax on gross gaming revenues derived from sports wagering. Besides permitting sports betting on a retail-only basis on tribal lands, the measure would allow for on-site sports wagering at privately operated horse-racing tracks in four specified counties — Alameda, Los Angeles, Orange, and San Diego.

At first glance, tribal gaming entities appear to be the clear winner from the proposed initiative. The Pechanga tribe is one of more than a dozen tribal groups that took part in the Coalition to Authorize Regulated Sports Wagering, an alliance that proposed the constitutional amendment. Besides Macarro, three other tribal leaders are listed as proponents of the initiative: Jeff Grubbe (Agua Caliente Band of Cahuilla Indians), Edwin “Thorpe” Romero (Barona Band of Mission Indians), and Anthony Roberts (Yocha Dehe Wintun Nation).

“The Secretary of State’s official recognition that The California Sports Wagering Regulation and Unlawful Gambling Enforcement Act is ballot-ready is another small step toward giving Californians the freedom to wager on their favorite teams,” the Yocha Dehe Wintun Nation wrote in a statement. “It takes expertise to successfully implement legalized sports wagering. In California, that expertise resides with the tribal gaming enterprises.”

The biggest loser, ostensibly, would be the hundreds of card rooms across the state that could be shut out of a regulated sports betting scheme. Prominent card rooms such as The Bicycle Casino, Commerce Casino, and Hustler Casino in Los Angeles, as well as Ocean’s Eleven Casino in Oceanside, are already reeling from a lengthy shutdown during the COVID-19 pandemic.

One nonprofit organization, the “No on the Gambling Power Grab” campaign, received about $7 million in contributions as of March 2020, according to a California filing, including $500,000 from The Bicycle Casino. The organization, which is heavily backed by a loose consortium of California card rooms, is expected to mount a challenge against the initiative.

California voters will decide in 2022 whether to allow sports betting https://t.co/VnRMryUEsY

Another group, the California Gaming Association (CGA), a trade association of licensed cardrooms and vendors, is also railing against the measure.

The tribal proposal is rife with strong consumer protections. The measure prohibits gaming companies from partaking in the advertising and marketing of sports betting to minors. Proceeds from the sports betting tax would be directed to areas such as “public safety, mental health programs, education, and regulatory costs,” according to the Pechanga tribe.

In addition, fines collected from unlawful gambling operations would be distributed to the California Sports Wagering Fund, a fund established in the State Treasury, according to the proposed act. The act also authorizes the California State Controller’s Office to conduct an audit every two years of the programs receiving disbursements from the fund.

Though the absence of mobile sports betting appears to be a glaring omission, the tribes have studied the issue thoroughly. The tribal coalition conducted numerous focus groups on voter sentiment toward sports betting and took surveys of voters in recent months. As the coalition weighed past campaigns and commitments by voters over the past several years, the group determined that it would be a “stretch to add mobile,” according to a tribal gaming source.

“We know there will be opposition to the measure and we didn’t want to give opponents yet something else to attack us on in terms of the mobile aspect,” the source told Sports Handle.

If the measure does pass, the coalition may consider an incremental plan to revisit mobile sports betting in the years ahead once it gains public trust that it can operate sports wagering correctly, the source added.

Will mobile be legalized in CA before 2025?

While there is consensus throughout the sports betting industry that sportsbook operators would like to work with the California tribes, top companies appear less patient in waiting several years before floating an initiative to voters on mobile sports betting. Under one scenario for the 2022 general election, there is a possibility for multiple initiatives to appear on the November ballot.

The scenario involves a high-stakes battle between competing initiatives, with the one that receives more votes becoming operative. The scenario assumes that the winning initiative will garner more than 50% support. In another scenario, a group could offer an initiative that is additive to the tribal proposal whereby the measure adds mobile sports betting, but does not conflict with the tribe’s measure. Although the idea of offering multiple sports betting initiatives for the 2022 election is under consideration, it is not yet a certainty, sources say. Plus, any competing initiative still needs the requisite number of signatures to appear on the ballot.

Despite movement in New York and Florida in 2021, those two states along with California and Texas do not allow mobile sports betting at the moment. The four states could dictate whether the total addressable market for U.S. sports betting ends up being “double-digit billions or single-digit billions,” Bank of America Senior Research Analyst Shaun Kelley told Sports Handle last June. According to the U.S. Census estimates released in April, 110.3 million people live in the four states, representing about one-third of the nation’s population.

California led the way with 39.5 million, outdistancing second-place Texas by more than 10 million. The California sports betting market is worth about $3 billion, according to estimates from Eilers & Krejcik Gaming, but closer to $1 billion without mobile sports wagering.