Both ballot measures fail, next opportunity to legalize will be in 2024 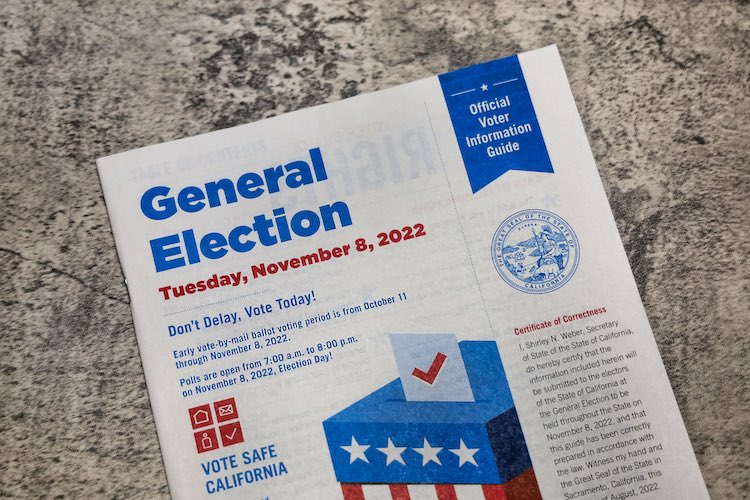 California tribes have a strong belief that they are the caretakers of gaming in the nation’s largest state and that people across the state embrace a similar sentiment. Strip away the technology, the negative advertising, and all the other noise, and it turns out that what sounds like an old-fashioned value is, in fact, still true in the modern world.

Tuesday night, California voters made it resoundingly clear that they stand behind their tribes, defeating two legal sports betting initiatives and giving the tribes what they wanted: a chance to reset and thoughtfully plan their next steps.

The results mean that Californians will be shut out of sports betting until at least the next election cycle, if not longer, while being surrounded by legal wagering states. For commercial operators, it means that the three biggest states by population remain elusive. The failed California initiative is the second such loss this year, after operators withdrew a proposal in Florida when it became clear that it would not meet the signature-gathering deadline.

Big spending, nothing to show for it

After more than $400 million was spent by proponents and opponents of legal retail and digital wagering in California, the net result is essentially nothing. Gaming in the Golden State is the same today as it was yesterday. Tribal casinos continue to offer Las Vegas-style gambling, horse racetracks continue to offer parimutuel wagering, and card rooms continue to offer limited table games. There will be no legal sports betting, no roulette, no craps, and no new avenue for tribes to sue the card rooms.

And the tribes are just fine with that.

“The rejection of Proposition 27 is California continuing to entrust tribes to offer safe, responsible, highly regulated gambling,” Agua Caliente Band of Cahuilla Indians Tribal Chairman Reid Milanovich told Sports Handle Tuesday. “Thank you to the voters of California for supporting tribal self-reliance, and for continuing to support what they have been supporting for past 20-30 years.”

Of the two initiatives on the ballot, Proposition 27 was on track to go down the hardest, though that was no surprise to those in the industry. Backed by a coalition that includes Bally’s, BetMGM, DraftKings, Fanatics, FanDuel, PENN Entertainment/Barstool Sportsbook, and WynnBET, Proposition 27 would have allowed for statewide mobile wagering with platforms tethered to tribal casinos.

Four weeks before the election, DraftKings CEO Jason Robins and FanDuel CEO Amy Howe publicly raised a white flag at a gaming conference in Las Vegas, saying they’d be “back to fight another day.” Since then, there has been limited “Yes on 27” advertising, and commercial operators have already begun to reconsider how to move forward in the state and how to find a way to work with the tribes.

“Our coalition knew that passing Prop 27 would be an uphill climb, and we remain committed to California,” backers of Proposition 27 said in an email statement Tuesday night. “This campaign has underscored our resolve to see California follow more than half the country in legalizing safe and responsible online sports betting.

“Californians are currently placing billions in bets each year on illicit offshore sport betting websites — unsafe and unregulated enterprises that offer no protections for minors or consumers and generate no support for state priorities. Californians deserve the benefits of a safe, responsible, regulated, and taxed online sports betting market, and we are resolved to bringing it to fruition here.”

Proposition 26, backed by the tribes, was also headed for defeat — but the tribes were at peace with the loss. The proposition would have legalized in-person wagering at tribal casinos and four horse racetracks, added craps and roulette at tribal casinos, and made it so that private citizens could sue card rooms.

The proposition was the first to qualify for the ballot, and the aim was the 2020 election, but COVID-19 shutdowns dashed that dream. In 2022, the proposal is somewhat dated, and tribes determined they would make better use of their time, energy, and substantial bank accounts by focusing not on their own initiative but defeating the commercial operators they believe are trying to hijack their rights. According to one tribal source, the No on 27 campaign did not spend one penny on trying to get Proposition 26 passed.

Tribal leaders across California on Tuesday night reveled in what they considered the real victory: defeating Proposition 27.

“The corporate operators thought they could waltz into California, throw their money around, mislead voters, and score a victory. Big mistake,” Beth Glasco, vice chairwoman of the Barona Band of Mission Indians, said in a press release. “Voters are smart. They saw through the false promises in Prop 27. The corporations completely misjudged California voters and the resolve of our tribal nations.”

Dan Little, chief intergovernmental affairs officer for the San Manuel Band of Mission Indians, referred to Proposition 27 as an “incursion of out-of-state corporations. … Those corporations should be aware that California Tribes will always protect their people and their sovereignty, as well as work with the people of California to improve our collective well-being, now and into the future.”

Federated Indians of Graton Rancheria Tribal Chairman Greg Sarris, whose tribe put $30 million into the No on 27 campaign and backed the Yes on 26 campaign, fears that allowing commercial operators to offer mobile wagering would set a precedent he believes would damage the tribes’ fiscal health, give minors easy access to digital gaming, and return little to the state.

“I know what this means to my people, I know the compromises we’ve made, and I know what we’ve done for communities,” Sarris told Sports Handle, pointing to the $200 million his tribe has poured into funding education, police and fire departments, and other community improvements. “Don’t think for a second that we will let [anyone take that away from us].” Sarris also said that since his tribe opened its casino nine years ago, the reservation’s high school has gone from an 80% dropout rate to a 100% graduation rate.

While it appears that the election results return all players to square one, that may not be quite true. The depth and breadth of negative advertising may well have created new chasms and deepened existing ones. Either scenario will make it tougher for the tribes and operators to find middle ground. Sources on the commercial side say they will continue to try to find ways to work with their tribal counterparts, while the tribes say they will huddle to determine what they collectively believe the best path will be, and that they are in no hurry to change the status quo.

A ballot measure to legalize online sports betting in California appears headed to defeat, crushed under the weight of voter apathy toward sports betting and a flood of opposition ads funded by some of the state's Native American tribal governments.https://t.co/AZO1tYFsJA

“It’s so important that all of us talk and work together,” Sarris said of California’s tribes. “We have to go back to our old thinking, pre-context thinking, to think ‘we,’ because we can’t get between each other and think ‘us or them’ and let greed get in the way.”

Legal wagering will require a constitutional amendment, so whether the tribes, commercial operators, or the state legislature — or some combination of the three — sort out a plan, it will ultimately be voters who have the final say. The next opportunity for a ballot initiative or referendum will be the 2024 presidential election.