After spending $230 million, Indian Country will likely get what it wants on Election Day -- the status quo 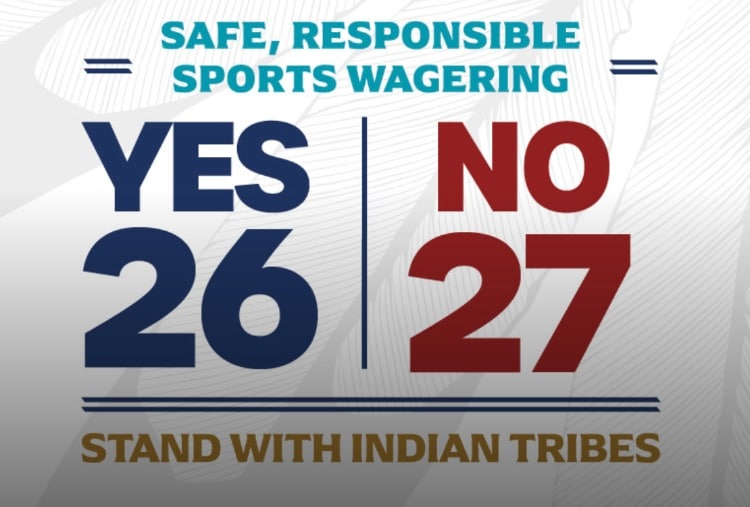 By the time the California polls close Tuesday night, it appears the state’s most powerful tribes will be out $236 million and will have gotten what they wanted: the status quo.

In a state where more than 60 gaming tribes have a monopoly on casino gambling and possess war chests that commercial operators have now learned are bottomless, California’s tribes appear to have killed a mobile sports betting proposition brought by seven industry leaders, including BetMGM, DraftKings, and FanDuel. In the process, they happily also killed their own in-person betting initiative.

Hours after executives from DraftKings and FanDuel in early October at the G2E conference admitted defeat, James Siva, president of the California Nations Indian Gaming Association, suggested the two big operators “go to a tattoo parlor and have this put on your body some place: ‘I will never underestimate the tribes in California again. Never.’ Because if they don’t learn that lesson from here, they are completely stupid.”

Siva was repeating a quote that appeared in the Las Vegas Review-Journal from former California Gambling Control Commissioner Richard Schuetz, which essentially echoes the “Don’t Mess With Texas” slogan. Tribal leaders made their point, and they’re reveling in the victory.

No initiatives on the horizon

The biggest potential sports betting state in the U.S., called the “holy grail” by more than one industry executive, will remain closed to legal wagering. The questions now are: For how long? And what will legal betting look like if and when it finally comes to pass?

There are no clear answers. Until early this fall, it looked as if a tribal-backed proposal to bring statewide mobile wagering had enough lead time to get onto the 2024 ballot. But the proposal backed by the San Manuel Band of Mission Indians, the Federated Indians of Graton Rancheria, and the Rincon Band of Luiseno Indians was withdrawn from consideration on Oct. 20. It is collateral damage in a fight during which proponents and opponents spent more than $400 million to at once convince and confuse voters about Tuesday’s propositions.

That confusion, a byproduct of the hundreds of millions spent, the advertising from both sides that looked strangely similar, and the tribes’ desire to keep control, is expected to result in both the tribal-backed Proposition 26 (in-person wagering only) and the commercial-backed Proposition 27 (digital wagering only) garnering far less than the majority needed to pass.

Recent polling points to epic failures of both propositions, though 26 could fare better than 27, in part due to the lack of advertising around it and voters’ loyalty to the tribes. Proposition 27 was the victim of negative campaigning called deceitful and dishonest on both sides. The negativity that has flooded California airwaves and social media feeds will be difficult to walk back. In particular, the tribes focused much of their advertising on the idea that digital wagering is dangerous — a concept that will be no different if wagering is controlled by the tribes rather than commercial operators.

At the heart of the issue isn’t whether stakeholders or even citizens want legal sports betting. It’s about power. California’s tribes have long said they will not give up the monopoly they have on gaming. The idea that they were able to kill Proposition 27 marks the third time in four years that the tribes have said no to sports betting, even if it costs them. The tribal lobby came together in both 2020 and 2019 to kill legal sports betting bills brought in the state legislature.

For the tribes, it’s a question of control. Beginning in the 1980s, some California tribes hosted bingo halls, which brought in a trickle of revenue compared to what became a floodgate following the Indian Gaming Regulatory Act of 1988.

That federal law gave tribes the right to offer casino-style gaming on their lands. Several years later, the first casino opened in California, and the tribes, traditionally impoverished and with few ways to earn money to support their people, found a way to become self-sufficient. That’s not a situation they are willing to give up, and allowing “out-of-state corporate” wagering operators to run the show in California — or any other state — is a bitter pill the tribes refuse to swallow.

“We’re always going to fight like it’s our last fight,” Victor Rocha, a member of the Pechanga Band of Luiseno Indians and owner of Pechanga.net, said at G2E. “They don’t respect tribal sovereignty, they don’t respect the tribes.”

Rocha’s tribe and the Graton Rancheria each contributed $60 million to one “No on 27 campaign,” while San Manuel contributed more than $100 million. In total, at least 13 California tribes contributed a minimum of $2 million to the effort, including six that contributed $10 million or more. As a group, they were laser focused on one goal: maintaining control.

Tribes have more at stake than corporations

The fight is personal for the tribes in a way that it never can be for corporations. In California and across the country, IGRA has helped tribes pull themselves out of poverty and employ their people, and has ultimately given them power that many likely never expected.

In some states, the governors, lawmakers, or gaming operators have been able to reach agreements with tribes to offer sports betting. Though some California tribal leaders think it’s a bad deal, Arizona lawmakers brokered a deal that awarded 10 digital licenses each to tribes and professional sports franchises. Wagering has been live for more than a year, and the state was the quickest in U.S. history to reach $5 billion in handle.

In Washington state, lawmakers awarded their tribes the exclusive right to provide in-person wagering despite pleas from local card rooms to allow them in the game. And in a handful of other states, tribes either quietly negotiated new compacts allowing them to offer wagering or just did it while state government looked the other way.

Michigan remains an outlier. Tribes there chose to be regulated by the state in an effort to get wagering up and running sooner. This means that unlike their tribal counterparts in other states, Michigan sportsbooks pay taxes even on wagers placed on tribal lands or through servers located on tribal lands. In California, as in other states with tribal, that likely won’t be the case. Neither proposition in California called for taxing bets placed in Indian Country.

California isn’t just the biggest state by population, it also has the most tribes in the country, with 109 of them operating nearly 70 casinos. Oklahoma, the next biggest tribal gaming state, has 39 tribes operating 130 casinos, including WinStar, the biggest casino in the U.S. by square footage. The tribal gaming lobbies in both states are formidable.

Tribes will shore up unity

While California’s tribes have not always been on the same page about what sports betting should look like in the state, they are virtually united about keeping control. Only three of the state’s more than 60 gaming tribes aligned with the operators backing Proposition 27. The rest either fought hard against it or remained silent. Going forward, the tribes say they have begun to look within to find a consensus and a path forward.

Gaming operators said they tried to work with the tribes when designing Proposition 27 and even revised the text of their proposition after talking with tribal leaders. But operators say the tribes have continued to demand more and walk away from negotiations.

The latest win will only empower the tribes further, though it seems unlikely that legal sports betting will ever exist in California without BOTH the tribes and the major operators — BetMGM, DraftKings, FanDuel, PENN Entertainment, etc. — playing some role. But after a vicious and costly campaign, both sides must step back, reassess, and find a middle ground.

Besides being at odds with major sports betting companies, the tribes also take issue with California’s card rooms. Though neither of Tuesday’s propositions would allow card rooms to offer sports betting, Proposition 26 does include language that would change the way that card rooms could be sued.

The tribes have long contended that the state’s card rooms are operating illegally, but they have not had a legal avenue outside of the state attorney general to pursue that. Proposition 26 would allow individuals to sue the card rooms. Because of that, the card rooms opposed Proposition 26 and funneled tens of millions of dollars into “No on 26” television advertisements, mailers, and social media ads.

There’s much to sort out before the next attempt at legalization, which likely won’t be anytime soon. The tribes likely won’t try for the 2024 ballot, choosing instead to come together and negotiate among themselves to determine what is best for the big gaming tribes, small gaming tribes, and non-gaming tribes.

Proposition 26 was born in 2019, before the COVID-19 pandemic and just a year after the Professional and Amateur Sports Protection Act was overturned. The intention was for it to be on the 2020 ballot, but signature gathering got derailed, delaying approval. Today, the initiative appears somewhat quaint in that it only addresses retail betting. But at its inception, that likely would have been a reasonable first step.

Going forward, any tribal initiative is sure to include mobile wagering and could well open the door for — or perhaps directly address — iGaming, which will be a key driver in the future. Across the country, stakeholders say legal digital sports betting is merely an appetizer. The main course is online casino — and legal wagering sets the table for that.

“They were warned,” said Victor Rocha… “It’s one of those things in gaming where it’s like, you know: Don’t stare into the sun, you look both ways before crossing the street, and you don’t f— with the California tribes.” https://t.co/UYXI8LboQY

Some have suggested that the legislature will take up the issue yet again — and it well might — but it won’t have the support of either the tribes or the commercial operators. The tribes have long felt wronged by the state government and won’t support a legislative fix. And the operators would be fools to align with the legislature while trying to find middle ground with the tribes.

Commercial sources say they probably won’t aim for the 2024 ballot. They’ve just lost hundreds of millions, not only in the California campaign but in a failed attempt to also get on the ballot in Florida. Like the tribes, they must regroup, but they must also find a way to speak the language of the people who hold the rights to legal wagering in California. If they don’t, the tribes have proven their power, and should they decide to really flex it, they have to potential to shut out commercial operators completely.