Coalition files proposal for constitutional amendment with 10% tax, college carve out, no mention of mobile 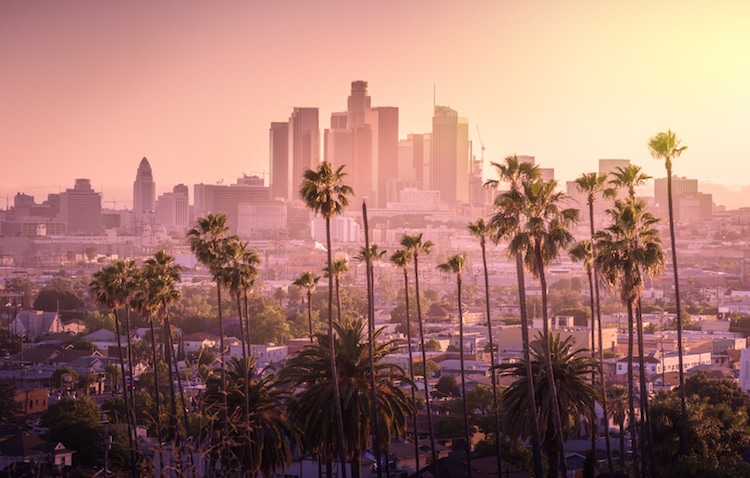 California’s tribal gaming community on Wednesday took the first step toward legal sports betting in the most populous state in the nation — and it did so without going through the state general assembly.

According to Pechanga.net, a coalition of at least 18 tribes filed a proposal for a constitutional amendment that would be placed on the November 2020 ballot. The proposal takes the state general assembly out of the equation and would put the decision directly in the hands of voters.

The timing of the proposal likely explains why state lawmakers have been moving in fits and starts to host a hearing on sports betting. It was initially reported that a hearing would be held in Los Angeles on Nov. 20, but last week, that hearing was postponed.

CALIFORNIA: According to Senate there will not be a sports betting hearing this month on the sports betting bill. Looking to schedule it for January when they return to session. #California #sportsbetting #ballot

It’s long been understood that if and when California would entertain legal sports betting, local tribes would be the drivers. The proposal would allow for sports betting at tribal casinos and licensed horse racetracks.

10% tax, college carve out, no mobile

The proposal includes what potential operators would consider a reasonable 10 percent tax rate, but it also includes a college carve out on any event involving a California university or college. What it doesn’t include is any mention of mobile sports betting, which is considered key to maximizing revenue as well as stamping out illegal sports betting.

The proposal likely pits the tribes against legal card rooms, which have long contended that should sports betting be legalized, they should get a piece of the action. The tribes and card rooms have been at odds over other types of gaming for years.

“We would be disappointed at any initiative that allowed sports betting but that didn’t include card clubs,” said Kyle Kirkland, president of the California Gaming Association told the Los Angeles Times late Wednesday.

Should the initiative get on the ballot, the tribes won’t be asking only for legal sports betting, but also to be able to add craps and roulette to the array of table games and slot machines already legal at the state’s 60-plus Indian casinos. California has the largest tribal gaming presence in the nation with 109 tribes. At least 18 tribes, including two of the most powerful — the Pechanga Band of Luisieno Indians and the San Manuel Band of Mission Indians — are among those supporting the measure.

According to Pechanga.net, the measure will be referred to as the California Sports Wagering Regulation and Unlawful Gambling Enforcement Act. Some highlights:

Apparently absent from the proposed act is mention of online/mobile sports betting, which is not entirely surprising as these tribes look to expand the menu without inviting competition from commercial operators. But as figures from other states have shown, the digital era means the lion’s share of betting dollars flow over the internet.

Tribal leaders across the state immediately spoke out in favor of the proposal.

“Californians should have the choice to participate in sports wagering at highly regulated, safe, and experienced gaming locations,” said Tribal Chairman Mark Macarro of the Pechanga Band of Luiseño Indians told Pechanga.net. “We are very proud to see tribes from across California come together for this effort, which represents an incremental but important step toward giving Californians the freedom to participate in this new activity in a responsible manner.”

Said Steve Stallings, Chairman of the California Nations Indian Gaming Association: This “is the best example of well-written and responsible sports betting policy presented to date.A strong, well-regulated gaming industry is of utmost importance to California’s tribal governments and the public. This initiative allows sports wagering in a responsible manner and provides for transparency and strict regulation.”

The coalition must collect nearly one million signatures to get the initiative on the ballot, but given the reach and funding of the tribes, securing signatures shouldn’t be an issue. According to Ballotpedia, filing with the attorney general for the title of the initiative is the first of four steps on the path to getting on the ballot. From here, the tribes must await approval to begin circulating a petition, then report when 25 percent of required signatures are collected and finally, submit a list of unverified signatures.

June 25, 2020 is the verification deadline for California ballot proposals, though each initiative will have its own deadline.

While it’s big news that California’s tribes are stepping onto the sports betting playing field, at least two Democratic state lawmakers have been trying to push the conversation forward for more than a year. In June, Assemblyman Adam Gray filed his ACA 16 for the third consecutive time in hopes of putting sports betting before the voters. The bill has not yet been heard in any committee. Senator Bill Dodd is the sponsor in the upper chamber.

“The U.S. Supreme Court has shouldered the burden of bringing legal clarity to the issue of sports wagering and the rights of states under the Constitution,” Gray said in a press release at the time. “Now it is the responsibility of the Legislature to determine the most prudent way forward.”

An open question, whether sports betting lands on the ballot through the general assembly or the tribes themselves, is how an expansion of gaming will affect the current compacts. But either way, all eyes will be on California.

“Should this initiative reach the ballot in 2020 it will be a true test of sports betting popularity amongst the general public,” said consultant John Pappas. “Undoubtably, voter turn out will be high and California has a progressive lean to its electorate. A lot of people will be watching to see if they support expanded tribal gaming.”