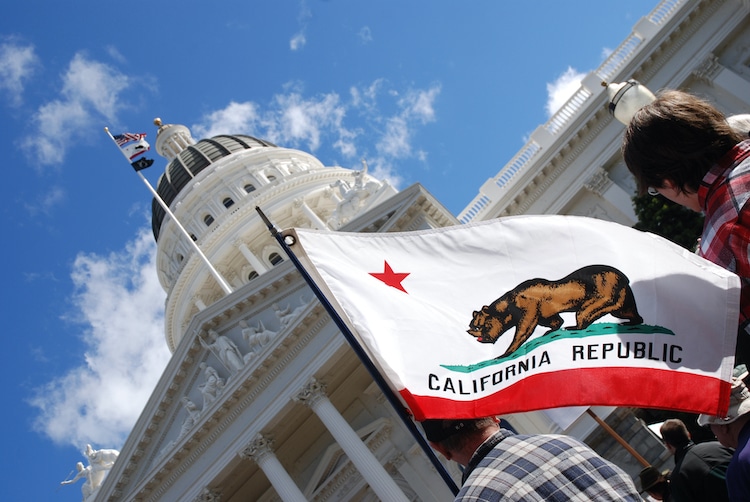 California lawmakers took a small step toward legalizing sports wagering in what is projected to be the biggest market in the U.S. and one of the biggest in the world, but not before tribal interests used words like “odious,” “betrayal,” and “extinction” in loudly voicing opposition.

The Senate Governmental Organization Committee voted 9-3 on Wednesday afternoon to send amended SCA 6 to the Appropriations Committee. The bill would effect a constitutional amendment that Californians would vote on via referendum in November. The two-plus hour hearing was dotted with technical delays and reminders to senators to keep their masks on. Opponents and proponents of the bill were mostly relegated to making their cases via phone as the Senate imposed strict social-distancing measures.

The amendments, filed last week by Senator Bill Dodd and Representative Adam Gray, would allow for statewide mobile wagering, plus in-person sports betting at Indian casinos and horse racetracks. In this scenario, tribes would partner with sportsbook operators/suppliers, and the measure would also require that bettors register in person at a tribal casino to create an online betting account.

The amendments would also allow tribal casinos to add craps and roulette. The amended bill would not allow for sports betting at the state’s card rooms, but it would unequivocally make it legal for the card rooms to continue offering player-banked games. There is a long and deep rift between the tribes — who believe they have exclusivity over table gaming — and the card rooms, which offer card games, but not house-banked games such as blackjack.

Upon introducing the bill, both Dodd and Gray spent considerable time talking about the need to negotiate and how they believed they were offering a starting point for discussions among the tribes, card rooms and the state. But California’s tribes, which operate more than 100 casinos across the state, weren’t shy about voicing their anger, opposition, and frustration that the amendments were filed with no warning and a hearing was scheduled just days later.

“To say you’re working with the tribes, that’s not true,” said Daniel Salgado, chairman of the Cahuilla Band of Mission Indians by phone. “You haven’t talked to anyone.

“When you look that (black) bear outside the governor’s office, you could consider that you could prevent the extinction (of my tribe). I would encourage you to withdraw this bill and work with the tribes.”

“I don’t think any tribe will approve SCA 6,” said Jeff Grubbe of the Agua Caliente Band of Cahuilla Indians. “It amends the California constitution to strip away the exclusive rights of California tribes to offer banked games as negotiated in the compacts. Why does a sports wagering bill even include banked games by card room that are built on circumventing the law?”

All five tribes were also part of a coalition that got approval to collect signatures for a ballot initiative that would have legalized sports betting at tribal locations and horse racetracks, but not card rooms. The initiative did not include a mobile piece and is dead after Gov. Gavin Newsom imposed strict COVID-19 measures in March that continue to prevent people from gathering.

Tribal representatives believe lawmakers are taking advantage of the crisis to get their own referendum on the ballot, and they have said publicly and privately that there is no room for negotiation when it comes to the card rooms. Though no tribal leader threatened a lawsuit should SCA 6 get approval in the Senate and General Assembly, it was certainly implied, and Senator Andreas Borgeas told his fellow lawmakers he feared that pushing legislation through would result in a long legal battle.

His counterpart on the committee, Senator Steve Glazer, was the voice of the tribes in the Senate chamber. He harkened back to the days when a “bounty was put on their scalps” and when disease brought onto reservations from outsiders decimated Indian populations. He talked about California’s “ugly” history with relation to Native Americans.

“When I look at this bill, I don’t think it protects the franchise of the tribes,” he said. “I think it erodes the economic stability of the tribes.”

On the other side of the issue, more than 30 spoke in favor of the amendments, including representatives from the card rooms, multiple professional sports organizations, the Teamsters, and the horse-racing community. Though they were vocal in their comments, none were as passionate in their support of SCA 6 as the tribes were in their opposition.

Lobbyist Joe Lang argued that the bill is “good policy” and will help the state deal with what is quickly becoming a crushing budget deficit in the face of the coronavirus crisis. He said it will also help stamp out the illegal market and that it is “fair and equitable.”

“What’s missing from this measure that was in the tribal initiative? A way to hurt the card rooms,” he testified. “You may hear that this gives card rooms a substantial expansion of gaming … but the tribes have brought lawsuits against card rooms and they have not prevailed.”

But just last week, the California attorney general secured settlements against three card rooms. The settlement requires the card rooms to be sold and fines the card rooms after they failed to “comply with California law including failing to take corrective measures or adequately respond to requests for information.”

Bad blood between tribes and card rooms is not limited to California. In Washington State, tribal interests successfully blocked card rooms from getting a piece of the sports betting pie when lawmakers legalized tribal-only sports betting earlier this year.

Sports betting could bring in $503 million in taxes

Among those testifying in favor of the bill was Chris Grove of research firm Eilers & Krejcik Gaming. Grove testified that California is in a position to get sports betting up and running on a tight timetable and that the state could expect to see $761 million in gross gaming revenue and $282 million in tax revenue in the first six months. He went on to say that in a mature market, the state could expect up to $503 million a year in tax revenue.

Lawmakers proposed the amendments against the backdrop of a massive — and growing — budget deficit caused by the novel coronavirus crisis. Newsom projects a $54 billion deficit, though Cal Matters, a non-profit, non-partisan journalism venture, questions if that number is inflated. SCA 6 calls for tax rates of 10% (retail) and 15% (mobile), which would be imposed on operators rather than the tribes, which can’t be legally taxed by the state. The amendments specifically say tribal casinos must contract with “independent online sports wagering platforms.”

But California’s tribes have long been the drivers of gaming policy in the state and have a powerful, well-funded lobby to further their interests. Both Dodd and Gray seemed to be nearly begging for compromise when speaking about their amendments. And Dodd suggested this latest proposal will undergo changes before getting to the full Senate floor.

“We cannot afford inaction,” he said. “Any bill we bring to the floor will have amendments that reflect” what the tribes want. Dodd also promised Glazer, who opposes the measure, that he would not bring a bill to the Senate floor until Glazer signs off on it.