California Tribal Leaders Support Sports Betting — On Their Own Terms 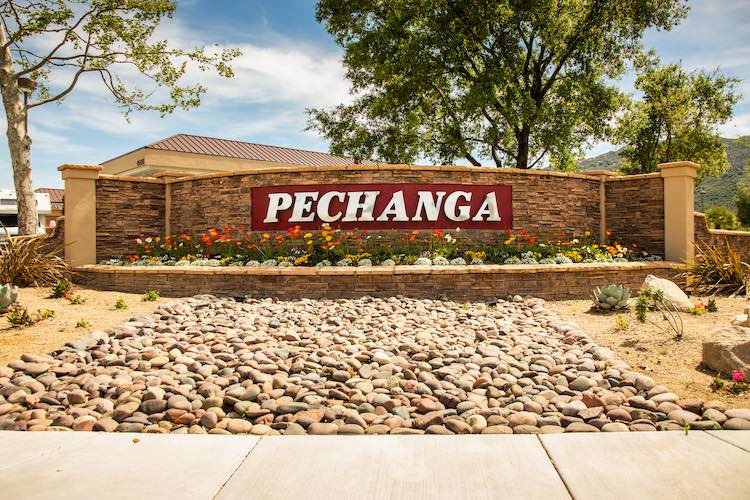 Tribal leaders from across California came together in a webinar Wednesday and left no question that they will fight a legislative proposal to legalize sports betting, saying that lawmakers are being opportunistic and don’t have the tribes’ best interests at heart. They also acknowledged that mobile sports betting is coming, but want to be able to control the details.

“I think it’s outrageous how they are using the pandemic to further break promises they have made to tribes and chip away at our sovereignty,” said James Siva, chairman of the Morongo Band of Mission Indians, which owns the Morongo Casino Resort near Palm Springs.

Lawmakers have been moving Senate Constitutional Amendment (SCA 6) through the Senate, pointing to an estimated $500 million in tax revenue via sports betting, per year, in a state that is currently facing a $54 billion budget deficit. The bill was originally introduced in the summer of 2019 and lay dormant until a set of amendments filling it out were filed in June.

In January, a coalition of tribes got approval to collect signatures for a ballot initiative that would legalize retail sports betting at tribal locations and horse racetracks, but that effort was effectively killed by COVID-19 stay-at-home orders.

“SCA 6 began during the pandemic,” Mark Macarro, chairman of the Pechanga Band of Luiseno Indians said. “We had just qualified our ballot measure and had started to collect signatures. And then everyone had to stay inside. To the authors, that seemed like a good time to proceed, when we were down on the mat. That is the sucker punch I’ve been talking about lately.”

Macarro’s tribe owns and operates one of the largest casinos in California, the Pechanga Resort Casino in Temecula, which is about 65 miles north of San Diego and 90 miles southeast of Los Angeles.

The new legal claim was filed by a coalition of 25 Native American tribes throughout California and hopes to qualify an initiative for the 2022 ballot that would legalize sports betting at tribal casinos and horse racing trackshttps://t.co/fTJbL5IfIN

A coalition of California tribes was collecting signatures for the referendum when COVID-19 stay-at-home measures stopped signature collection in its tracks in March. By then the tribes had collected more than 950,000 signatures, and needed about 150,000 more to meet the 110% of signatures needed. The deadline to get a referendum on the 2020 ballot is June 25, and with much of California still shut down, the tribes can’t get the needed signatures. They filed a lawsuit last week asking that signatures already collected be preserved and the deadline be extended so they can get their measure on the 2020 ballot.

An ex parte application hearing is set later this week in California Superior Court in Sacramento.

Since SCA 6 was amended and began its march through the California Senate in early June, the tribes have been opposed to the measure, which would not only legalize sports betting — online and retail — but also allow California’s card rooms to continue to operate. The tribes have long believed the card rooms are operating illegally and encroaching on tribal exclusivity.

And they are opposed to the immediate introduction of online/mobile sports betting because they believe it threatens the jobs and the way of life that gaming has brought to Native American people.

As a whole, tribal leaders reiterated that state and federal governments are generally “patronizing” to Indian Country, and that this latest move is just more of the same. None was more passionate on this point than James Potter, chairman of the Redding Rancheria, which owns the Win-River Resort in Shasta County.

“They think Indians are foolish enough to grasp at anything,” Potter said. “We don’t know what (the tax) means to the tribes … they want to tax us at 10%, can small tribes afford that? But they think they’re being nice by saying, ‘Here, tribes, here, have a piece.’

“They own the the land in the cities … where are the tribes going to be? Still out in the sticks, in the garbage land where they put us. They’ll get slots and then card games, and then they’ll have everything they want in the city and no one will come out to the reservations.”

That deep-seated, cultural concern is what is driving California’s tribes to oppose SCA 6. The tribes see legalizing online/mobile sports betting as just the first step to all-out digital gaming that will keep patrons at home rather than at casinos. Because of that, they are demanding not just a seat on the bus, but the driver’s seat.

“I think having a tribally driven legalization effort, it’s fundamentally important that tribes be in charge of writing the language because we know how to advocate for ourselves,” Macarro said.

The tribes, Macarro, Potter and Siva said Wednesday, will do everything they can to oppose SCA 6, from lobbying it into a “procedural death” to railing hard against the measure if does get on the ballot.

The bill, is currently on the Senate Appropriations’  “suspense agenda” after being approved by the Governmental Organization Committee in early June. It was originally on the agenda for a vote for Thursday, but has been moved to Tuesday’s agenda. The bill could be recalled for vote tomorrow or left on the suspense calendar. If the Appropriations Committee passes the bill, it will go to the Senate floor, where a two-thirds majority is required for approval. Then it would start its journey through the General Assembly.

The bill was amended earlier this week. But the amendments did nothing to mollify the tribes.

“You’ve heard the expression lipstick on a pig?” Macarro said. “This kind of adds mascara. It just gets worse. It talks about enforcement of card clubs for the kinds of games they play.

“Legalizing these illegal games played by the card rooms is a non-starter for us. We are going to work as hard as we can to keep this bill from moving forward.”

Among other things, the amendments filed earlier this week would require card rooms to rotate dealers in table games and place a moratorium on new card-room licenses and the introduction of new games. The amendments also call for a phased approach to mobile/online sports betting.

Tribal leaders embrace a slow, but steady approach to mobile sports betting, which they agree is inevitable. But leaders in Indian Country want the decision for how and when to be theirs alone.

“Having this dictated to us is unacceptable,” Siva said. “Whether online gaming is three years, five years, 10 years down the line or not at all, that has to be a tribal decision.”

What California’s tribes are striving for is a situation similar to Washington State, where lawmakers and the tribes worked together to craft the nation’s first sweeping tribal-only sports betting bill in March. That bill does leaves mobile sports betting on the sidelines.

From a California tribal perspective, sports betting is just another amenity to offer at casinos, and one that it could take now or later. How sports betting becomes legal is for Indian Country, a matter of principal, and it would rather live without sports betting than have it “shoved down their throats” as the panel said has happened elsewhere. 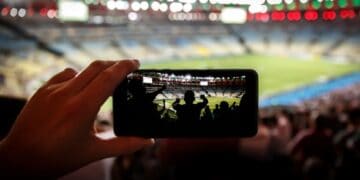