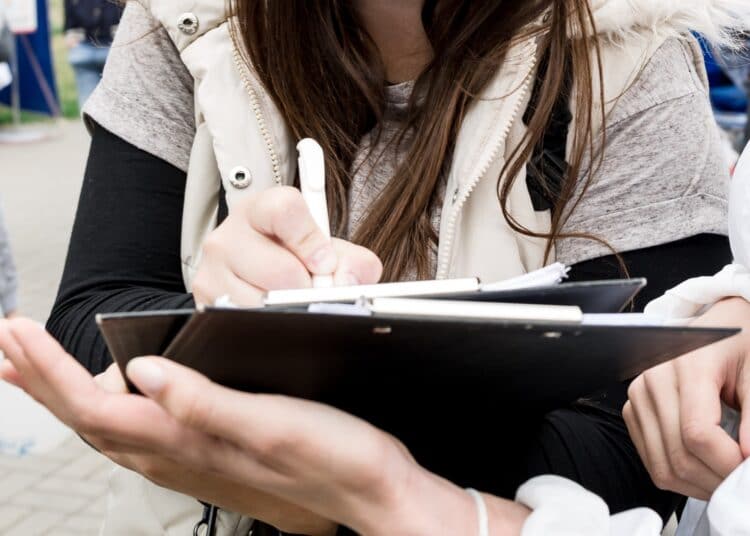 The political committee running the proposed California Solutions for Homelessness and Mental Health Act referendum announced Tuesday that it has collected 1.6 million signatures, creating the potential for a statewide vote on digital betting in November.

The committee represents a coalition of sports betting operators trying to place their mobile wagering initiative on the ballot in 2022. They had a deadline Tuesday to collect 997,139 signatures, and their higher number has now been turned over to the California Secretary of State’s Office for verification.

The proposal is backed by seven potential sports betting operators — Bally’s, BetMGM, DraftKings, Fanatics, FanDuel, Penn National Gaming/Barstool Sportsbook, and WynnBet — which initially funded the effort with $100 million, and a promise to double that if needed to be successful.

The California Secretary of State’s website, which was last updated April 29, does not show that the proposal has been moved yet to “Initiatives and Referenda Pending Signature Verification” category.

At least 2 proposals will be on ballot

Should enough signatures be verified, the proposal would be the second wagering initiative to make the November ballot. It would allow for digital platforms that would be tethered to existing tribal casinos and horse racetracks. It does not address retail sportsbooks and would be considered “complementary” to an already qualified tribal measure. The measure would direct 85% of state dollars from sports betting revenue — taxed at 10% — to fund homelessness initiatives.

The proposal does contain a high bar to enter the state: a $100 million application fee for commercial operators, as well as requiring that operators be active in 10 other states.

NEW: An initiative to legalize sports betting — backed by industry giants — would require companies to pay $100 mil in fees + already be licensed in 10 states.

A tribal-only retail initiative backed by a broad coalition of California’s federally recognized tribes has already been approved. That initiative would allow for in-person sports wagering only at tribal casinos and four horse racetracks and does not contemplate mobile wagering.

A third proposal, backed by the San Manuel Band of Mission Indians, also proposes statewide mobile wagering with platforms tied to tribal casinos and racetracks, but it has a significantly lower application fee and would put the tribes in charge. That proposal is still in the signature-gathering stage and has a July 11 signature deadline.

The tribal offering would also allow for in-person wagering and would direct some funds to homelessness issues. Under this initiative, the tribes would not pay a tax to the state, but rather, would be used to support tribes throughout the state.

A fourth proposal for mobile wagering backed by card rooms had an April 18 signature deadline that it did not meet. The card rooms have since focused on campaigning against other proposals.

Also Tuesday, a group of tribal nations and California community and business leaders reiterated opposition to the commercial proposal and support for the tribal retail-only initiative that will be on the ballot. The group, backed by the Pechanga Band of Luisieno Indians, the Yocha Dehe Wintun Nation, and the Agua Caliente Band of Cahuilla Indians, focused in a press release on potential harm from online wagering.

“The Corporate Online Gambling Proposition would legalize online and mobile sports gambling — turning virtually every cellphone, laptop, tablet, and gaming console into a gambling device, increasing the risks of underage and problem gambling,” said Tribal Chairman Cody Martinez, Sycuan Band of the Kumeyaay Nation. “We will run a vigorous campaign against this measure and are confident the voters will see through the deceptive promises being made by these out-of-state gambling corporations.”

“The tribes have exclusivity in California and this is very rare to have that level of control over this particular industry, as compared to the rest of the states.” https://t.co/vby5cLFzM8

In addition, the group claims that promises from the commercial gaming sector to improve California have historically failed. The group late last month released its most recent poll, which suggested that 53% of voters polled would not support a commercial initiative. Those results are in contrast with polling numbers released by the California Solutions to Homelessness and Mental Health Act committee, which stated 59% of those polled by David Binder Research would support the corporate proposal.

“As we so clearly learned with the State Lottery and our public schools, it’s simply bad public policy to attempt to fund homelessness and mental health programs with promises of a small piece of the online gambling corporations’ profits,” Paul Boden, executive director of the Western Region Advocacy Project, said in the press release. “Unhoused Californians need help, but this is not the right way to do it. We’ve heard these empty promises before.”

Californians have already been subjected to widespread advertising from both sides, and it’s likely the outreach will only intensify. According to a Wall Street Journal story published Tuesday, Mark Macarro, chairman of the Pechanga, said his group will spend up to $250 million to stop the commercial effort, while a group led by San Manuel is pledging $100 million to halt the operators.

Well over half a billion dollars have already been committed to the issue, with the amount still climbing, to make it one of the most expensive campaigns anywhere in history. According to the Journal, the most expensive referendum fight previously in California cost proponents and opponents $224 million. That 2020 campaign, backed largely by Uber and Lyft, succeeded in overturning a state law that classified gig-economy workers as employees.

California ballot initiatives are truly the Wild West of bait and switch.

"A ballot initiative fund an end to homelessness!"

Funded by our good friends FanDuel, MGM, and DraftKings.

In Florida, DraftKings and FanDuel recently spent about $37 million on a failed effort to get a digital sports betting initiative on the ballot there. It was the second costliest referendum effort in the state’s history, behind $51.6 million funded mostly by the Las Vegas Sands Corp. trying, also unsuccessfully, to get an expansion of gaming onto this year’s ballot. Both measures failed to collect and qualify enough signatures before Florida’s early February deadline.

So far, several groups of California tribes have taken out television ads that trace the tribes’ history in the state, asking for the trust of residents while also suggesting that out-of-state operators have no place in California gambling. On the flip side, commercial operators have focused in advertising on the support their proposal would bring to addressing the homelessness crisis.