Legal Sports Betting Could Get To California Sooner Than You Think

Tribal referendum approval date delayed, and there's a chance it could land on recall ballot 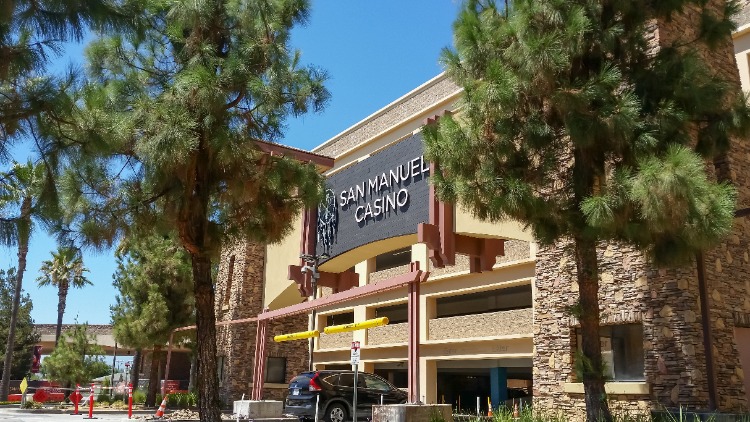 Sports betting made legal in California by the end of 2021?

It’s a teaser but not entirely impossible. And if it happens — even if only in brick-and-mortar sportsbook and kiosk form at the outset — then the most populous state in the nation might be on its way to becoming the largest sports betting market in the U.S.

Last year, a coalition of California tribes began the process of getting a referendum that would legalize in-person sports betting at California’s 69 tribal casinos and four horse racetracks onto the November 2020  ballot. The process took a COVID-19 detour during the signature-gathering process beginning in March 2020, but the signature deadline was extended, and the referendum was tagged for the 2022 ballot.

Now, California might have a recall election of Gov. Gavin Newsom. Organizers have collected about 2.1 million signatures in the heavily Democratic state and will know by April 29 if enough (approximately 1.5 million are needed) are valid. There are then a series of political hoops to jump through, but the recall election would likely be set for November, which means California could have a new governor before the next Super Bowl. And there’s a chance it could have sports betting, too … if the tribes can get their initiative on that ballot.

Tribal initiative should get go-ahead Thursday

According to the document on the California Secretary of State’s website, the most recent update was that 75.8% of signatures were valid. The tribes collected 1,427,366 signatures and need 997,139 to be valid to move forward. At the current percentages, 1,081,968 would be valid. The question though, is when the referendum will be on the ballot — and if it will have competition.

The final verification was due today, but a court recently extended the deadline for counties to verify signatures on two referendums, including the tribal sports betting initiative, after registrars in Los Angeles and San Diego counties filed a case against the Secretary of State requesting an extension.

New: a Sacramento judge has granted elections officials across California an extension of today's deadline to finish counting signatures on likely 2022 ballot measures related to sports betting and reduced plastic waste. Deadline has been moved back to mid-July.

Multiple stakeholders confirm that major national operators and professional sports teams across California are considering pushing their own referendum to effect the legalization of statewide mobile wagering and possibly in-person betting at professional sports facilities. Which is what Arizona pro teams just accomplished last week via a breakthrough in negotiations between the tribes and lawmakers. Sources say the referendum in California would not cut out the tribes, but it likely would not require mobile platforms to be tethered to tribal casinos.

The tribes, of course, would take issue with a such a referendum, and would argue that it violates their exclusivity with relation to Class III gaming.

Industry sources say the idea of a commercial/mobile referendum is still in the exploratory stages — but it’s being discussed by both major national operators and California professional sports teams, of which there are 18 from the five major professional sports leagues. Eight of those teams are in Los Angeles and five are in San Francisco. Most, if not all, have tribal partners.

Such a referendum could not make it onto the recall ballot, but rather, would aim for the 2022 ballot.

The tribes had aimed to get their gaming referendum on the November 2020 ballot, but COVID-19 restrictions stalled the signature collection and state verification process.  The state granted the tribes — and others seeking initiatives for the 2020 ballot — an extension, and the promise of being on the 2022 ballot. Which brings us here, at the point where a previously unplanned election may be in the offing in a few months.

Should CA tribes move up timeline?

The question now is this: Should the tribes try to get their initiative onto the recall ballot? Politically speaking, some say it’s a good idea. It’s too late for a commercial/mobile initiative to also get on a 2021 ballot, which means that the tribes could run a “clean” campaign to get their referendum approved. There would be no competing gaming initiative, and there would be fewer other initiatives on the ballot than would be the case on a regular ballot.

“There seems to be nothing holding it back. Then it just depends on timing,” California Nations Indian Gaming Association Chief James Siva said during an iGB webinar earlier this month.

Others view a recall ballot as too unpredictable, saying that hitching a referendum’s future to a governor fighting to keep his position is, well, bad karma. Two ballot initiatives landed on the 2003 Gray Davis recall election ballot, and neither passed. That recall election was the only successful one in California history, making Arnold Schwarzenegger the state’s first and only Republican governor of this century.

The general feeling among Republicans is that a recall of Gavin Newsom may provide them with the best opportunity they have to pick off a statewide office https://t.co/JAgfCzrXTj

But if the tribal initiative does get on the 2021 ballot and it passes, well, it doesn’t seem too far-fetched that California’s tribes could have legal sports betting operations up and running in early 2022. Like tribes and states across the nation, it’s likely California’s tribal nations have suffered economically since COVID-19 shut down or limited capacity at casinos starting in March 2020. And there’s no question that tribes in both Connecticut and Arizona were more willing to negotiate new compacts and give up at least some of their gambling exclusivity in part because they’re hurting financially after a brutal year.

Beyond that, the tribes already have a long history with legal gambling, won’t have to deal with state regulations (in many cases, tribal nations regulate their own gaming operations), and should be nimble enough to build out sportsbooks, partner with vendors or operators, and open teller windows in a hurry.

There are benefits to moving fast

Should California’s tribes move forward with an initiative on a recall ballot, they could, in essence get everything they want. As written, the initiative would also expand the tribes’ offerings to include roulette and dice games, in addition to adding sports betting. As has been the case in other states, the tribes would still be required to rework their compacts with the state, but they wouldn’t have to deal with a commercial opponent.

Allows federally recognized Native American tribes to operate roulette, dice games, and sports wagering on tribal lands, subject to compacts negotiated by the Governor and ratified by the Legislature. Beginning in 2022, allows on-site sports wagering at only privately operated horse-racing tracks in four specified counties for persons 21 years or older. Imposes 10% tax on sports-wagering profits at horse-racing tracks; directs portion of revenues to enforcement and problem-gambling programs. Prohibits marketing of sports wagering to persons under 21. Authorizes private lawsuits to enforce other gambling laws. Summary of estimate by Legislative Analyst and Director of Finance of fiscal impact on state and local governments: Increased state revenues, potentially reaching the tens of millions of dollars annually, from payments made by facilities offering sports wagering and new civil penalties authorized by this measure. Some portion of these revenues would reflect a shift from other existing state and local revenues. Increased state regulatory costs, potentially reaching the low tens of millions of dollars annually. Some or all of these costs would be offset by the increased revenue or reimbursements to the state. Increased state enforcement costs, not likely to exceed several million dollars annually, related to a new civil enforcement tool for enforcing certain gaming laws.

Recall elections, according to experts, often bring out more voters, though it’s hard to to know if that would be a positive or negative for legal sports betting. The issue has been bipartisan around the nation, so the fact that voter turnout could heavily favor one party shouldn’t really make a difference, though both times that lawmakers have filed bills in the state legislatures, the sponsors have been Democrats.

If the tribal initiative gets on the recall ballot and is approved, then the gaming landscape in California will be markedly different. Operators and sports teams that are considering their own initiative will have to tread even more lightly. Some tribes around the state already have partnerships with pro sports teams. And sports betting operators will have to walk a fine line to avoid alienating the very tribes that could end up providing market access.

One source confirmed that the tribes as a group are softening to the idea that the timeline for mobile/online betting could be shortening. While the tribes haven’t gone on record about when they’d try to expand their reach — California tribes are particularly sensitive about their retail locations continuing to flourish and provide jobs — there does seem to be an understanding that digital sports betting is no longer in the distant future.

Operators, sources say, will have to spend significant dollars in California to get statewide mobile sports betting. That money could be spent on a ballot initiative for 2022, on paying tribes a premium for market access, or on lobbying in the state legislature (lawmakers have twice brought sports wagering bills and they’ve twice been killed before voting).

@MitchMossRadio I don’t care if we (California) will be the last state to legalize sports betting. We probably will be but I bet on my phone everyday so it doesn’t effect me personally.But I am so happy that sports betting is spreading like Howard Dean.Been betting since I was 13

Should the tribes get their initiative on the recall ballot and gain approval, operators could consider a 2022 referendum to add mobile. Or they could try the legislative route again. A third option is to abandon an adversarial move, partner with tribes to run retail sportsbooks, and develop meaningful partnerships. In this scenario, mobile wagering could eventually be put before California voters with all gaming interests presenting a united front.

It’s possible, of course, that California’s tribes won’t push to get on the 2021 ballot. In that scenario, there could be two sports betting referendums on the 2022 ballot — a situation that experts say would split the vote. It would be nearly impossible for the tribes to lobby and advertise to voters to support their amendment but not a commercial one. Commercial operators and teams would run into the same issue. In essence, both sides would be weakening the message of legal sports betting and could end up losers.

So, what happens next? At the moment, it’s more up to the tribes — long drivers of gaming policy in California — than anyone else. But one thing is sure: When California’s nearly 40 million residents have access to sports betting, it, not New York, will be the biggest gaming market in the U.S.