Referendum would be third dealing with wagering on 2022 ballot 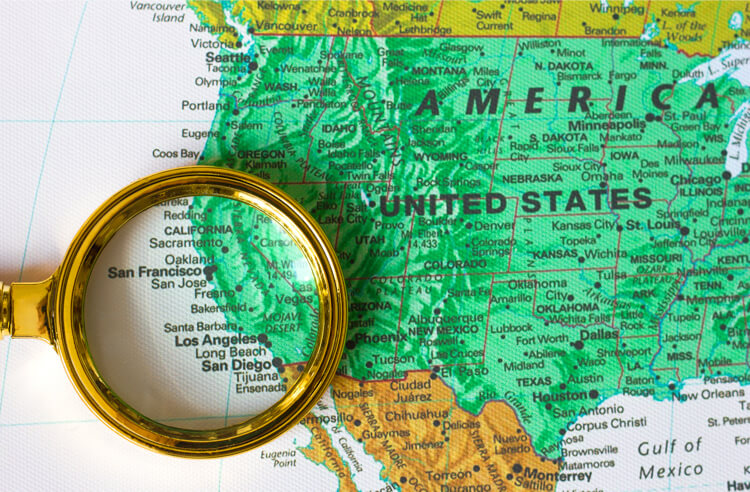 If enough signatures are gathered to place it before voters, the initiative would be the third on the mid-term ballot. So far, only one has been approved to be offered: a tribal initiative that would legalize retail wagering only at tribal casinos and four horse racetracks. Earlier this month, a group of cities joined the California Attorney General’s Office to file an initiative that would legalize statewide mobile sports betting apps.

BetMGM, DraftKings, and FanDuel are also working together on an initiative that would break up the Seminole monopoly created by a new pact and legislation in Florida.

Politico first broke the story of California’s operator initiative, saying the operators plan to file paperwork with the State Attorney General’s Office Tuesday. According to Politico, the companies will pony up $100 million for the “California Solutions to Homelessness and Mental Health Support Act,” which would be “complementary” to the tribal initiative.

“Any online sports betting operator seeking to participate in the California marketplace must do so by partnering with a California tribe,” Campaign Manager Dana Williamson told Politico. “A portion of the measure’s revenue is dedicated to uplifting Tribal communities.”

According to an industry source, the proposal would create an open, competitive marketplace. If approved, it would legalize mobile/internet wagering only; would allow for wagering on professional, college, and amateur sports; would not mandate the use of official league data. and would set a 10% tax rate. The tribal initiative would tax retail sportsbooks at horse tracks at 10% as well, while the proposal put forth by the cities would tax all wagering at 25%.

The operators’ proposal does not cap the number of licenses, though since any digital wagering would have to be tied to a tribal casino, there is a de facto cap. There are more than 100 federally recognized tribes operating about 70 casinos in California.

The proposal also puts strict guidelines around who could qualify as a sports betting operator. According to a source, there would be two pathways:

Because the proposal is for digital only, it is not technically in conflict with the tribal proposal, meaning both could pass. In that scenario, the tribes and four horse tracks would be the only venues for retail wagering, while digital betting would be available across the state.

“We’ve always wanted to work with the tribes, and we tried very hard to be on their initiative,” an industry source said. “This is what we always wanted.”

The operators’ proposal does not address where retail sportsbooks could be located. To that end, card rooms and professional sports venues — which are left out of the tribal initiative and are included in the cities’ proposal — are not mentioned.

About 1 million signatures will be needed

While BetMGM, DraftKings, and FanDuel will take the lead on the initiative, Bally’s, Fanatics, Penn National/Barstool Sportsbook, and WynnBET will also contribute. Among those companies that have not confirmed participation are Caesars, PointsBet, and Rush Street Interactive/BetRivers.

Supporting the initiative could be a little trickier for companies that operate retail sportsbooks, like MGM, Caesars, or Penn National. Caesars operates a handful of tribal casinos under its Harrah’s brand, while MGM has at least one physical casino in Northern California.

If it passes, the referendum would become the first in the U.S. to earmark funds for homelessness and mental health programs.

“California is one of the most important sports betting markets in the world, and BetMGM is committed to bringing legal, regulated mobile sports betting to the state,” BetMGM CEO Adam Greenblatt said in a statement to the media Tuesday morning. “As we’ve seen in states where BetMGM currently operates, regulated sports betting brings in tax revenue that supports important causes – in this case finding solutions for homelessness and mental health support.”

The first step toward getting on the ballot is Tuesday’s filing of a “Request for a Circulating Title and Summary” with the AG’s office. After that, operators will need to collect 997,139 signatures to get on the ballot. It’s likely that the operators will be able to begin collecting signatures before the end of 2021.

Once the proposal is filed, it will open for a 30-day public comment period. The Department of Finance and the Legislative Analyst’s Office have 50 days to craft a study exploring what costs or revenues the proposal would generate for the state. Once those tasks are complete, the proposal will be sent to the Secretary of State, and those backing the petition can begin collecting signatures to qualify the proposal for the ballot. According to the Secretary of State website, any initiatives for the November 2022 ballot must qualify by June 30, 2022.