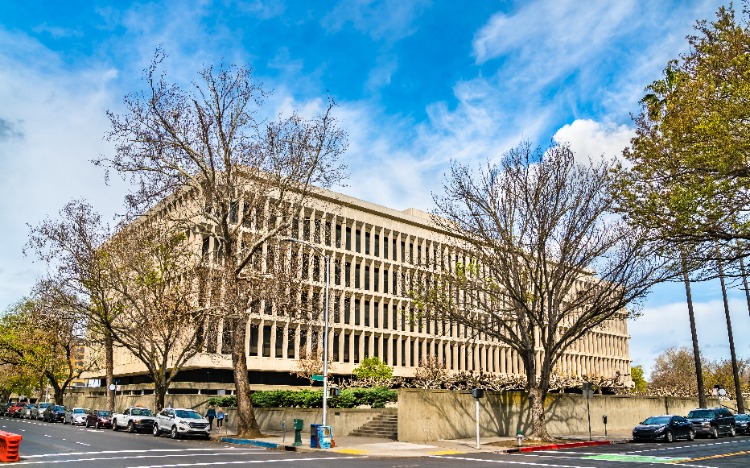 Legal sports betting might be kaput in the California state legislature, but in Indian Country, the push for a referendum continues to move forward. A coalition of tribes in June filed a lawsuit against the California secretary of state seeking an extension to collect signatures for a sports betting voter referendum, and on Thursday, the state Superior Court in Sacramento will hold its first hearing on the matter.

Ahead of the hearing, Judge James P. Arguelles tentatively ruled in favor of the tribes, granting a 90-day extension to the deadline by which signatures had to be collected. The tentative ruling would give the tribes until Oct. 12 to collect signatures that would be valid and allow the referendum to go on the 2022 ballot.

Arguelles also “retained jurisdiction” in the matter, meaning that if the tribes have reason to go back to court, they do not have to file a new case and Arguelles would be the judge.

“We appreciate the Court’s consideration and recognition of these extraordinary circumstances,”  Jacob Meija, vice president of public affairs for the Pechanga Band of Luiseno Indians told Sports Handle via e-mail. “We are also pleased that the Court has retained jurisdiction, which allows us to go back to the judge in case of other shutdowns.”

Lawmakers, tribes have been at odds

If approved, California’s tribal gaming facilities would be allowed to offer on-site sports betting, while statewide online wagering would be precluded in the state.

“We are very optimistic with the prospects,” Meija, said. “As you may know, voters are very enthusiastic about our measure, with more than one million having signed the petition already.”

According to the text of the lawsuit, the tribes had spent more than $7 million to collect 971,373 signatures before Gov. Gavin Newsom put strict COVID-19 restrictions in place on March 20. By law, the tribes would need 1,096,853 to get the referendum on the ballot. Internally, the coalition was shooting for closer to 1.6 million signatures, in order to make sure they had collected enough valid ones. The lawsuit asks the state to extend the deadline for collecting signatures and to allow those signatures to be valid for the 2020 ballot.

The lawsuit is a Writ of Mandate, Ex Parte Application. To cut through the legalese, this means that the tribes are suing California Secretary of State Alex Padilla —  in his official capacity — to compel him and the state to allow an extension on collecting signatures for the tribal referendum after Newsom effectively locked down the state in March.

That lockdown prevented the tribes — and anyone else trying to collect signatures for a ballot initiative — from meeting a June 25 deadline. The term “ex parte” means that only one party in the lawsuit, in this case the tribes, is seeking a legal remedy. Newsom imposed additional restrictions on Wednesday. The tribes have been back to work collecting signatures, albeit at a slower rate.

@davesportsgod Today was the last day to get the CA sports gambling initiative on the Nov ballot but it’s conveniently “run out of time”. Now, the aim is for the 2022 election. $700 million in yearly CA tax rev lost when it’s needed most. Fishy. https://t.co/bnbhsomOLn

In his tentative ruling, Arguelles cited a Nevada case and ultimately found in favor of the tribes, who argued that social distancing and other COVID-19 restrictions in California prevented them from gathering signatures in a timely fashion.

“The court finds that the rate reduction is the result of government restrictions responding to the Covid-19 pandemic,” Arguelles wrote Wednesday. “To make Petitioners whole, the court will order a further extension equal to 90 percent of the same time period, or 35 additional days. This further extension moves the deadline to submit signatures to October 12, 2020.”

Legal sports betting has been a hot topic in 2020 in California, which would not only be the biggest U.S. legal sports wagering market, but among the biggest markets in the world. In January, the legislature held hearings on sports betting the tribes got the go-ahead to begin collecting signatures on the referendum it is backing.

Fast-forward to late May when Senator Bill Dodd and Representative Adam Gray resurrected proposals filed in 2019 and began to push sports betting through the legislature. The tribes are heavily opposed to the legislature’s version of legal sports betting and expressed their deep displeasure at multiple hearings. Lawmakers withdrew the proposal from consideration in late June.

While the tribal referendum would permit on-site sports betting at Indian Country casinos and horse racetracks with no statewide mobile option, the legislative option would have allowed for statewide mobile/online platforms through partnerships between tribal casinos and commercial partners. Both would prevent the state’s card rooms from offering sports betting, but the legislative option would have allowed the card rooms to continue operating. The tribes are against that, as they believe the card rooms have been operating illegally.