Tribal Leaders Speak Out Against Commercial Wagering, But Maybe It’s Time For Diplomacy

Casino companies already operate in the state, and it will be impossible to keep them out of sports betting 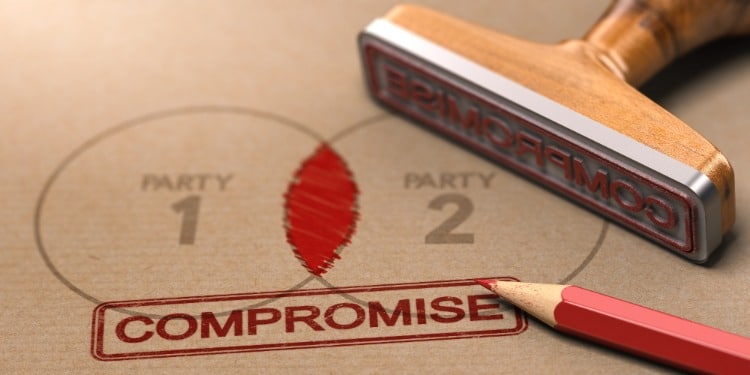 For the second time in three months, representatives of some California tribes are speaking out against legalizing any statewide mobile sports betting conducted by commercial operators in the state.

As the race to put sports betting referendums on the November ballot continues, tribes are criticizing the “California Solutions to Homelessness and Mental Health Support Act.” The act is a statewide digital wagering initiative proposal put forth by seven commercial operators, including BetMGM, DraftKings, and FanDuel.

In an op-ed in Cal Matters last week, Barona Band of Mission Indians Chairman Raymond Welch and Federated Indians of Graton Rancheria Chairman Greg Sarris outlined reasons they oppose having statewide mobile betting run by commercial operators. They explained that they expect voters will have a choice of authorizing “in-person, regulated sports wagering at Indian casinos, which have a proven track record of operating safe gaming; or Allowing out-of-state gambling corporations to control and offer online and mobile sports wagering — turning virtually every phone, tablet and laptop in California into a gambling device.”

In fact, those two proposals are not at odds, and California voters could approve both. That would give those in the state the chance to bet legally at tribal casinos and horse racetracks, as well as on mobile devices.

“We aren’t going to be deterred by these false political attacks,” said California Solutions to Homelessness and Mental Health Act spokesman Nathan Click. “Our measure is proving to be incredibly popular with Californians. Ours will be the only measure on the ballot that will guarantee hundreds of millions annually to help solve homelessness and support mental health care.

“Nearly half of the country has now authorized online sports betting — proving it can be safely regulated and generate significant revenue to help states solve big problems. Our measure also provides millions in revenue for California tribes — both to gaming and non-gaming tribes alike.”

A tribal initiative to legalize in-person wagering at Indian casinos and four horse racetracks has already qualified for the November ballot. And the operator-led initiative has reached the 25% threshold for signatures gathered.

Two other digital-betting proposals were put forth last year — one put forth by local card rooms, and one proposed by a group of tribes, including Sarris’ Graton Rancheria, though Sarris has since withdrawn his support for that initiative. Those behind the card-room initiative are not currently collecting signatures, and it’s unclear if the tribal digital proposal will gather enough signed petitions to qualify.

In the Cal Matters op-ed piece, Welch and Sarris wrote that they favor the in-person tribal initiative because it will “ensure safe, responsible, in-person sports wagering by requiring individuals to be 21 or older and be physically present when placing bets. This prevents underage gambling.” They went on to write that if approved, the initiative would lead to new jobs, increase state revenue by “tens of millions of dollars,” and funnel funds to non-gaming tribes.

They argue that the operators’ mobile initiative, which according to a review by the attorney general’s office would generate hundreds of millions of tax dollars, would “put the future of sports betting in California in the hands of out-of-state, online gambling corporations. Their measure would authorize the largest expansion of gambling in state history — allowing virtually anyone, anywhere, anytime to gamble.”

When the tribes filed their digital proposal, they wrote, “We believe that there is a grave risk that either the DraftKings Measure (the commercial operators proposal) or the Cardrooms Measure could pass. Right now, tribes do not offer California voters an option for online sports wagering. If the DraftKings Measure or the Cardrooms Measure passes in November 2022, tribes would lose their exclusivity to Class III gaming in California and such passage would accelerate the legalization of online gaming by non-tribal interests, threatening the existence of Indian gaming as we know it.”

Commercial operators will be in CA no matter what

But consider this: If the tribal statewide mobile initiative were to pass, just who would operate sports betting? In Arizona, Connecticut, and Michigan, commercial operators are partnered with tribes to offer sports betting. In fact, in Connecticut, where only three digital platforms are available, the state’s two tribes chose to partner with DraftKings and FanDuel.

And in Michigan, the Bay Mills Indian Community is partnered with DraftKings while BetRivers, Caesars, and PointsBet are among the commercial operators partnered with other tribes. In Arizona, BetMGM has a deal with the Gila River Casinos, and other operators including Betfred, TwinSpires, and WynnBet are in business with tribes.

The argument to preserve tribal exclusivity and keep commercial operators out of a state isn’t new. In Maine, the same argument is also currently being made. Two years after that state’s governor vetoed a statewide mobile wagering bill, there is now a tribal-only bill on the table in a state where the tribes don’t currently offer gaming. Penn National Gaming and Churchill Downs, which each already have casinos in the state, would be cut out of wagering, both retail and digital. Are those companies not ones that put down roots in their communities?

And the race is on https://t.co/JRngzlhHus

The argument doesn’t hold water in any state. There are only a certain number of companies that have the technology and experience to operate digital sports betting platforms. Suggesting that those companies would not operate in California — or any other state — is disingenuous. While it’s certainly possible for a tribe to have a branded sports betting platform —  the Rincon Sportsbook, for example — it’s still very likely that an “out-of-state corporation” behind it. As an example, in Colorado the digital Sky Ute Sportsbook is run by USBookmaking.

California’s tribes have long said they’ve developed a trust with state residents for providing a safe, secure place to wager. Agreed. But some have also partnered with out-of-state corporations to build and operate their casinos, including Hard Rock and Harrah’s. Should we not trust those casinos because they bear the names of major commercial gaming operators?

With less than five months until the June deadline to qualify an initiative for the ballot, the time has come for compromise. Should multiple initiatives end up on the ballot, California voters will likely be confused about which to support. Given how vocal the tribes have been in opposing the operators’ initiative, it’s clear they have concern that the operators’ proposal will not only get on the ballot, but will be approved.

Those backing the proposal say they have continued to have conversations with tribal representatives, offered an olive branch in the form of revising the proposal in response to tribal concerns, and desire to work together rather than on opposite sides. In November, during the National Indian Gaming Association’s mid-year meeting at Pechanga Casino in Temecula, representatives from DraftKings and FanDuel discussed their proposal and answered questions.

It would seem that continuing to lobby against the operators, who have funded their campaign with $100 million — and have pledged to spend more, if needed — won’t get the tribes what they want. Finding a middle ground will be complicated. But maybe it’s time for a little more diplomacy.