Could vocal opposition be paving the way for yet another mobile ballot initiative? 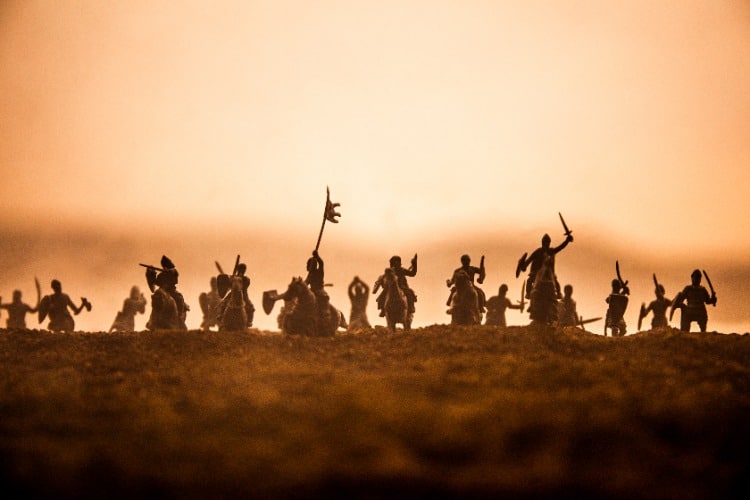 On Friday, a coalition of 43 California tribes offered up the latest volley in what is shaping up to be a major political conflict over the future of sports betting in the Golden State. The California Nations Indian Gaming Association and Tribal Alliance of Sovereign Indian Nations jointly announced “strong opposition” to two separate proposed ballot measures backed by card rooms and commercial operators.

“These deceptive measures were written by and for the sole financial benefit of their corporate sponsors and funders,” said Yocha Dehe Wintun Nation Chairman Anthony Roberts in a press release. “These measures would be bad for California and bad for tribes. We are prepared to wage a vigorous and well-funded campaign to educate the voters and ensure the measures are defeated.”

The tribes were vocal when the card rooms filed their proposal, which was referred to in the press release as the “Card Room Gaming Expansion Scheme.” The proposal, which was filed in August, has been cleared by the Attorney General’s Office for signature gathering. It calls for legal retail wagering at card rooms, professional sports venues, and racetracks, as well as statewide mobile wagering. The tribes have long had a beef with the card rooms, claiming that they violate the tribes’ exclusive gaming rights.

Long Beach Mayor Robert Garcia has joined a group of California mayors who support a measure that would use tax revenue compiled from online sports betting to fund homeless services.https://t.co/X2ipAakAaU

Commercial proposal tries to be tribe-friendly

In late August, a coalition of seven national gaming operators — led by BetMGM, DraftKings, and FanDuel — filed its own proposal, which would allow for statewide mobile wagering and, in a nod to the tribes, would require that digital platforms be tethered to a tribal casino.

The proposal, called the “California Solutions to Homelessness and Mental Health Support Act,” directs nearly all tax revenue to homelessness and mental health initiatives. Commercial operators would pay a $100 million application fee and would see revenue taxed at 10%. Proponents call the proposal “complementary” to a tribal initiative that would allow for retail wagering and allow tribes to add table games, including craps and roulette, to their repertoire.

The tribal initiative is the only one of the three already qualified for the 2022 ballot. Proponents must gather 997,139 signatures to get any initiative on the ballot.

Until now, operators saw the tribes’ silence on their proposal as a positive. Multiple commercial sources told Sports Handle that negotiations with the tribes to make their proposal work were ongoing. But the tribes obviously didn’t see it that way, and their clear opposition could lay the groundwork for a fourth proposal. Given the landscape and the mounting pressure for the nation’s biggest state to have a mobile wagering component, the tribes could well be preparing to offer up their own mobile proposal.

There is still plenty of time for the tribes — or anyone else — to file for the November 2022 ballot. In California, the deadline for signature verification is June of the election year.

Card rooms dump another $3 million into a committee opposing a tribes-backed 2022 sports betting initiative, bringing their total to over $9.5 million. The card rooms are circulating their own competing initiative to qualify for the 2022 ballot in California. https://t.co/PEMiPcd6mc

In their press release, the tribes said the operators’ proposal would “undermine tribal rights and self-sufficiency, while exposing Californians to major new risks.”

Multiple operators declined to comment on the tribes’ stance, but Nathan Click, spokesperson for the political committee backing the operators’ measure, told Sports Handle, “California’s homelessness crisis demands action. Our measure will provide hundreds of millions in solutions each year to solve homelessness, as well as real revenue for California Tribal nations, by allowing regulated entities to offer safe, responsible sports betting online. Both California Tribes who choose to participate in the online sports betting market and those who do not will benefit from this initiative. It has won bipartisan support from advocates and leaders on the frontlines of fighting homelessness because it provides real solutions to California’s most pressing challenge.”

“Don’t be fooled,” Chairman James Siva of the California Nations Indian Gaming Association said via press release. “These measures are not a fix to homelessness, but rather a massive explosion of gaming that will directly undercut tribal sovereignty and self-sufficiency.”