California’s War Over Wagering Gets Hotter 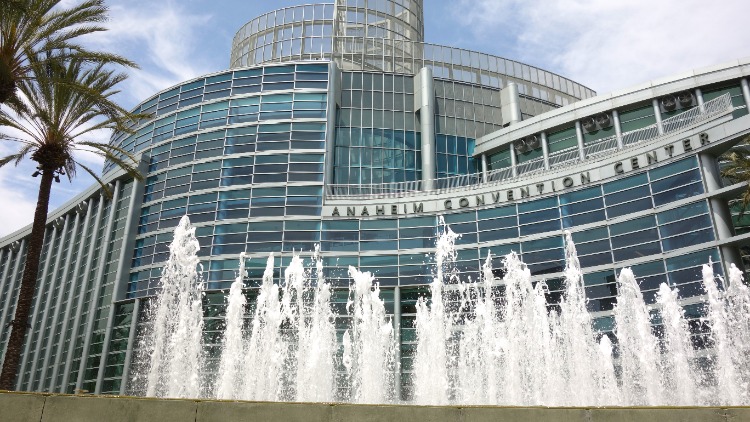 California‘s war over wagering heated up Monday when opposing groups publicly announced their stance — one in support of a tribal retail-only initiative but opposed to a potential digital initiative, and one opposed to the tribal-only proposal.

The press releases concerning potential November voter referendums came one day before the start of the National Indian Gaming Association’s annual convention at the Anaheim Convention Center. Sports betting and the California proposals are among the topics on the agenda.

The messaging involved in multiple proposals could ultimately confuse voters, stakeholders have told Sports Handle, and in the end, it’s possible that voters won’t pass any gaming initiatives. As of Tuesday, the only gaming initiative that has qualified for the ballot is one put forth by the state’s tribes that would allow for retail wagering at tribal casinos and four horse racetracks. The initiative also calls for additional casino game expansion, allowing for some ball or dice games, including roulette and craps.

A group of seven commercial operators led by BetMGM, DraftKings, and FanDuel is currently collecting signatures for its own initiative. The deadline for signatures is next month, and those close to the political committee running the campaign for the “California Solutions to Homelessness and Mental Health Act” have repeatedly said they’ll obtain the necessary signatures. As of Tuesday, the proposal was still listed on the California Secretary of State’s website as having reached the 25% signature threshold, and it is not yet designated as eligible for the November ballot.

Bally’s, sports-gear merchandiser Fanatics, Penn National Gaming/Barstool Sportsbook, and WynnBet are also backing the proposal, which has been funded with $100 million in the signature-gathering phase.

The Coalition for Safe, Responsible Gaming, which began running ads in opposition to a sweeping proposed digital sports betting initiative earlier this year, is made up of a broad swath of California business and civil rights advocates as well as tribes, homelessness advocates, faith-based organizations, and public safety groups. The coalition supports the Tribal Wagering Act, which has already qualified for the November 2022 ballot, but opposes commercial operators’ proposal for statewide digital wagering with platforms tethered to tribal casinos and horse racetracks.

California ballot initiatives are truly the Wild West of bait and switch.

"A ballot initiative fund an end to homelessness!"

Funded by our good friends FanDuel, MGM, and DraftKings.

“The in-person, Tribal Sports Wagering Act will allow Indian tribes to build on [the] legacy as the responsible stewards of gaming in California,” Yocha Dehe Wintun Nation Chairman Anthony Roberts said in a press release. “On the other hand, the Corporate Online Gambling Proposition was written for the sole benefit of out-of-state online gambling corporations.”

Both of California’s tribal associations — the California Nations Indian Gaming Association and the Tribal Alliance of Sovereign Indian Nations — as well as the California-Hawaii NAACP, Asian Americans for Good Government, the Temecula Valley Chamber of Commerce, two homelessness advocates, and myriad business interests have signed on to the coalition. Of note is the number of ethnic-based organizations, representing Asians, Blacks, and Latinos, as well as powerful tribes including the Pechanga Band of Luisieno Indians and multiple Mission and Rancheria Indian tribes.

On the other side of the issue is a group of local officials representing cities up and down California. This group wrote in a press release that the tribes’ retail-only initiative would “harm local communities” and will create a $5.5 billion loss in economic activity and cost the state $500 million in tax revenue.

Did you know there’s only one sports betting ballot measure in California that will harm public services in communities like yours? Get the facts ➡️ https://t.co/QQH2QRqeAA #NoOnQualifiedTribalGamingInitiative

According to the press release, the tribal initiative could force local card rooms “out of business with unlimited, meritless lawsuits.” The tribes have long contended that card rooms are infringing on their exclusivity for gaming, and the initiative includes language that would allow the tribes to privately sue competitors rather than going through the state attorney general’s office.

A sports betting initiative backed by the card rooms and local governments was proposed last year and approved for signature gathering, but it appears the effort is dead. The entities that have backed it are instead lobbying against the tribal initiative.