Get A Grip: The Week In Sports Betting: California, Eldorado-Caesars, More 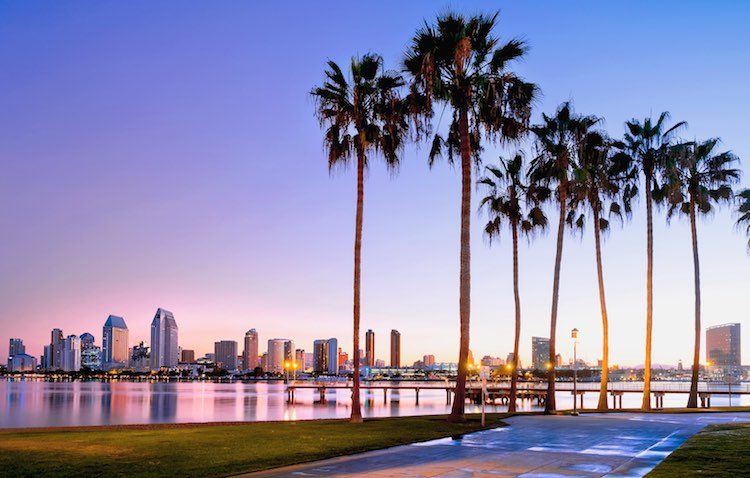 Bookmaker William Hill US has had a busy week. Besides taking a jab at fellow sports betting operator FanDuel by donating $50,000 that it won in a lawsuit that accused FanDuel of copying its betting guide to a college creative writing program, the company announced that it believes it can open books at Caesars properties (which are numerous) and will open a sportsbook in New Mexico around football season.

William Hill recently executed a 25-year strategic partnership with Eldorado Resorts, and will be able to operate sportsbooks at Caesars’ properties, should Eldorado’s mega-deal to buy Caesars go through.

But there’s a lot of moving parts here because Eldorado also has an agreement with The Stars Group, and Caesars has an access agreement with DraftKings. How will everything fit together?

But there is a new William Hill sportsbook in the offing, this one in New Mexico, where the company will operate a sportsbook at the Inn of the Mountain of the Gods in New Mexico. The bookmaker announced a deal with the tribe earlier this month, and on Monday, Indianz reported that the Mescalero Apache tribe has plans to open a new book around the start of football season.

“Inn of the Mountain Gods is one of the premier resorts and casinos in the southwest and together we plan to bring a first-class experience to sports fans in the region,” David Grolman, the president of retail for William Hill US was quoted as saying in Indianz.

Third time a charm in California?

California Representative Adam Gray (D-District 21) on Thursday revived his ACA 16, a bill that would put the decision of whether or not to legalize sports betting to the voters in America’s most populous state.  Gray and the Senate sponsor Bill Dodd (D-District 3) filed the bill on Thursday. California, which has tribal gaming all over the state, has been slow to embrace sports betting, but those in the industry believe that now that 15 jurisdictions have legalized, it might be time for the Golden State to look more seriously at keeping this potential revenue flow at home, rather than letting it continue to flow to Nevada and the black market.

California’s gaming culture is widespread, from Las Vegas-style tribal casinos to legal card rooms to live horse racetracks to the lottery. There are 19 professional sports teams across five professional leagues, including four NFL teams, as well as pockets of college football and college basketball. The state is also home to the U.S. national soccer training facility and interest in the sport is high.

“The U.S. Supreme Court has shouldered the burden of bringing legal clarity to the issue of sports wagering and the rights of states under the Constitution,” Gray said in press release. “Now it is the responsibility of the Legislature to determine the most prudent way forward.”

It’s official. We have legalized sports betting and a Chicago mega-casino coming to Illinois.

Which sportsbook are you going to for The Super Bowl?
(📸: @DaisyJourno) pic.twitter.com/rIt3wBuLY1

THINGS THAT MAKE YOU GO HMM: Most of the District’s $215 million sports gambling contract to benefit companies with ties to city hall [WashPo]

OR DID IT?: A deeper look into the numbers [NJOG]

GETTING READY: Encore Boston is prepping for a sportsbook even though MA hasn’t legalized. [US Bets]

KICK IT: Imagine an NFL without kickers. [SBNation]

MAKE OR BREAK: Entering their fifth seasons, it’s put up or backup time for Mariota and Winston [SI]

In another hideous, foul decision that could only be made in the messed up sport of #boxing, Canelo is stripped of his @WBCBoxing middleweight title and declared something called a "franchise champion." My story on this nonsense: https://t.co/5tyX5xnvdR #boxing

MONEY TO BURN: The Lakers have plenty to spend, now they have to figure best way to do it. [WSJ]

ACROSS THE POND: Red Sox, Yankees head to England for MLB’s first series in London. [ESPN]

BIG HOLE: What’s the AAC going to do now that UConn is officially headed to Big East? [BustingBrackets]

Cat for sale!!! Can give great odds for sports betting. Enter dm for business pic.twitter.com/6SX4CA6zNf

Get A Grip — The Week In Sports Betting: Summertime Lull? Not So Fast 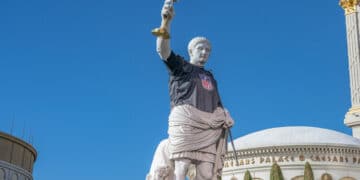