With the announcement, single-event sports betting will come into force in Canada on Aug. 27 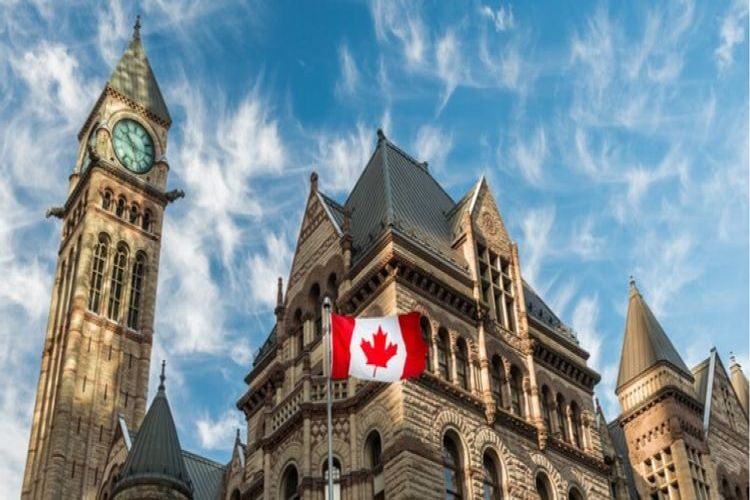 On Thursday, Canadian Attorney General David Lametti announced the federal government’s intent to enact a law on single-event sports betting, laying the groundwork for the rollout of single-game sports wagering in Canada before next month’s start of the NFL regular season.

The move, which had been expected for weeks, enables a bevy of provincial lottery corporations to begin offering sports wagers on single events later this month. Canadian provinces can start accepting single-game sports bets as early as Aug. 27, Lametti said during a press conference inside the Fallsview Casino Resort in Niagara, Ontario.

By virtue of Thursday’s announcement, Canada will amend the criminal code to decriminalize single-game sports betting on the federal level. The onus of regulating sports betting, however, will be left to individual provinces. As a result, the rollout of the activity could involve a patchwork implementation process, with larger provinces such as Ontario and British Columbia expected to take the lead.

In June, Canada’s Senate hit a last-second buzzer beater, passing a bill on single-game sports betting with less than 48 hours left in the parliamentary session. To borrow another sports analogy, Lametti pushed the bill, C-218, across the goal line with Thursday’s announcement.

BREAKING: Minister of Justice & Attorney General of Canada @DavidLametti announces that Bill C-218, the amendment to the Criminal Code to allow single-event sports betting in Canada, will officially come into force on August 27th, 2021. #BillC218 pic.twitter.com/CzYenwio33

Unlike parlay wagering, which has been legal in Canada for decades, single-event betting allows Canadians to wager on one event, such as the the CFL’s Grey Cup. Multi-leg parlays are generally viewed as risky bets with considerably lower payout probability. The passage of C-218 was endorsed by numerous top North American professional sports leagues, including the NHL.

“Provinces and territories will be able to offer single-event sports betting products on The Grey Cup, Game 7 of the Stanley Cup Finals, and the Super Bowl,” Lametti said at the press conference. “The revenues generated from this type of gambling could be used by provinces and territories to fund programs and services in areas such as health care and education, as they currently do with other lottery revenues. The amendments clearly respond to calls from labor leaders, particularly in communities along the Canada-U.S. border, following similar changes made in a number of border states.”

Since passage of the bill in June, several provinces have worked assiduously in crafting regulations to roll out single-game sports betting in an expeditious fashion. Last month, the Alcohol and Gaming Commission of Ontario sought feedback from the industry on the activity after drafting a set of standards for sports and event betting across the province. With more than 14 million residents, Ontario is the nation’s largest province.

The standards aim to mitigate the risk of market manipulation through nefarious acts like insider betting and match fixing. The standards, according to the AGCO, propose the following stipulations:

Last month, San Jose Sharks forward Evander Kane vigorously disputed allegations made by his wife that he placed several wagers against his team during his 12-year NHL career. While Lametti said Thursday that he would not comment on an individual case, he noted that he has read about a handful of well-documented cases of match-fixing around the world.

“By bringing this activity into light, we make it less susceptible for this kind of manipulation,” Lametti said. “By having it legal in Canada and regulating it, we solve some of the problems.”

The Canadian Gaming Association (CGA) estimates that Canadians spend approximately C$10 billion per year on single-event sport betting conducted illegally, as well as C$4 billion through offshore websites that are not regulated on the provincial level. During testimony before the Canadian Senate this spring, Canadian Gaming Association CEO Paul Burns indicated that single-event sports betting could be available in Canada by Labor Day Weekend, in time for arguably the busiest period of the annual sports calendar.

A plethora of top sportsbook operators — including DraftKings, PointsBet, and BetMGM — are expected to pursue market access in Canada once the private sector gains entry to the marketplace. Previously, Canada limited parlay wagering to provincial lottery corporations.

“From an economic standpoint, having the ability to offer single-event sports betting will be a tremendous benefit to Canadian gaming operators and the communities where they operate, as, most importantly, it will allow them to create new jobs,” the CGA said in a statement issued Thursday.