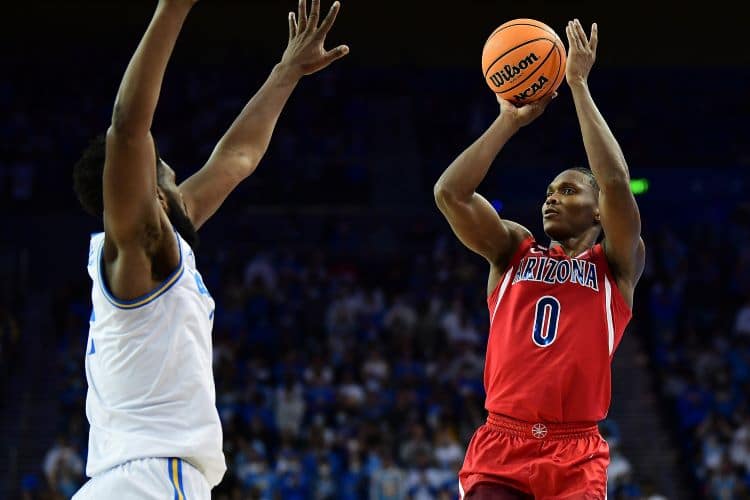 The excitement March Madness brings every year isn’t exclusive to the United States.

Canadians will be watching, and betting, on college basketball’s wild single-elimination tournament, and for the first time, they’ll be able to place legal single-game wagers through provincial lotteries. Canada legalized single-game wagering last August, so there’s no previous data regarding sports betting volume for the event. Previously, Canadians had to wager parlay-style using PROLINE games, or take their chances with offshore sportsbooks.

Roughly 45 million American adults plan to wager an estimated $3.1 billion on this year’s college basketball tournament, according to American Gaming Association research. And while viewership and interest won’t be nearly as high in Canada, it will still be a popular market with Canadian sportsbooks.

We checked in with a few provincial lotteries across Canada to get the scoop on the early March Madness action at their sportsbooks.

PROLINE + is expecting high volumes of bets on the tournament as NCAA basketball betting has already rivaled NBA volumes in February and March. The late rounds of the respective conference championships last weekend were particularly popular, according to OLG.

As expected, Gonzaga (+300) is taking the largest volume of futures bets to win the tournament. In the medium range, Tennessee (+1900) and Iowa (+2400) are both taking a decent amount of volume. As far as longshots go, early bettors are on Connecticut (+5900).

Who are you placing your bets on for NCAA March Madness?🏀

Some wacky longshots already placed at the book include a $1 parlay on some real flyers winning in the first round: Longwood, Georgia State, St. Peter’s, Delaware, and Fullerton, paying over $500K. Another bettor put down $2 for a chance at over $800K trying to predict the tournament winner along with all the major pro league titles: NCAA, Texas Tech; NBA, Memphis; NHL, Calgary; MLB, New York Yankees; and NFL, Cincinnati.

“Gonzaga, Duke, and Purdue, in that order, have been the most popular season-long picks to win it all among Pro•Line players,” said Scott Eagles, sports betting manager at ALC, in an email. “However, Arkansas has taken in the most sales (in dollars) this month, with its odds of +5000 making it the players’ favorite underdog as the tournament approaches.”

ALC is running a promotion from March 14-20 for March Madness. If bettors spend $25 or more on a single PRO•LINE wager that includes at least one NCAA men’s basketball event, at prolinestadium.com they’ll receive a $10 token that can be used on PRO•LINE Winning Margins events for any NCAA men’s basketball games until the tournament ends.

Gonzaga University, which is located just 125 miles south of the British Columbia border, has been a popular bet on Canada’s West Coast with BCLC’s PlayNow platform. The Bulldogs (+350) are favored to win the national championship and accounted for around 15% of futures bets as of Monday. Duke (+1100) is a distant second, taking roughly 9% of action on futures.

PlayNow has the most March Madness offerings of all the legal provincial lotteries in Canada. Over 30 different markets are available and bettors can wager on everything from who will make the Final Four, to which state will produce the tournament winner, to which player will score the most points, to if a No. 1, No. 2, No. 3, or No. 4 seed will win the tournament. The book is also offering players a daily bet-back bonus. Players who place a four-game parlay on tournament game moneylines will be eligible for this bonus, which can be earned if only one selection in the parlay is a loser.

From point spreads to team totals and player props – Same-Game Parlay is available for NCAA Tournament games! Create your parlay by adding multiple selections from the same game!

🔘Find 'SGP' icon in the game menu
🔘Make your picks

More selection coming for some bettors

Canadians will be limited to wagering with their respective provincial lotteries to start the tournament, but bettors in the province of Ontario will be able to take advantage of greater event selections, and likely lucrative bonus offers, just in time for the championship game on April 4, when Ontario‘s regulated iGaming market will launch. With up to 30 private operators launching in early April, Ontario bettors will have the ability to look over and compare betting lines between sportsbooks in a legal marketplace for the first time.

Bet365, one of the sportsbooks that will become regulated in Ontario April 4, is already offering Canadian bettors an early chance to participate in a Bracket Challenge.

For any bettors that aren’t familiar with college basketball, they can check out Sports Handle‘s staff picks for some fade material.