Bill would alter criminal code, and stakeholders say betting could start by the 2021 NFL season 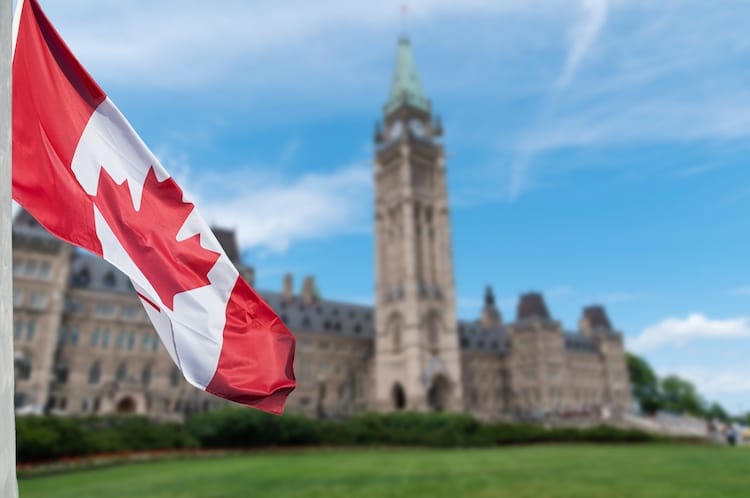 This story has been updated.

Gaming stakeholders believe that single-game sports betting could be available in Canada as soon as the 2021 NFL season, as federal lawmakers consider a bill to repeal a federal law banning it. Canadian Prime Minister Justin Trudeau’s government had previously not endorsed sports betting for our northern neighbors. Meanwhile, a separate Ontario provincial initiative could, via the 2020-2021 budget, allow iGaming to come to Ontario.

Speaking at the Canada Leaders Panel at Betting on Sports in America on Wednesday, Canadian Gaming Association President and CEO Paul Burns said, “There is tremendous potential for sports betting to take off in Canada. There is tremendous demand from the public, and hopefully by next fall, we’ll be able to have everything in place.”

Burns was echoing the sentiments — hope? — of theScore CEO John Levy, who in November on a Vixio Gambling Compliance podcast suggested that if things move smoothly at the government level that legal sports betting could be available in Canada ahead of the 2021 NFL season, and certainly within 12 months.

The current bill before the House of Parliament is C-13, introduced Nov. 26 by Justice Minister David Lamenti. On behalf of the government, Lamenti “took over” House of Commons member Kevin Waugh’s C-218, which he introduced in February. The bills are similar, although according to Waugh, the government bill now “protects” horse racing. Waugh had excluded horse racing from his bill because, he said, loading down a bill makes it tougher to pass. But with government backing, Waugh said the bill is set for a second reading before Parliament on Wednesday, Dec. 9, at 3:15 p.m. ET. A bill needs three readings to become law.

Each province would be able to legalize

The latest bill would modify the criminal code to allow for single-event sports wagering. That in turn would allow individual provinces to offer — or not — sports betting, and decide how to do it. Each province could choose whether or not to allow brick-and-mortar sportsbooks or digital sports wagering, or both.

The country, like virtually every other around the world, is struggling with a budget deficit resulting from the COVID-19 crisis.

When Waugh introduced his bill in early November, he said Canadians currently wager $500 million in parlays through Canadian lotteries, and that that is a “mere pittance compared to what single-event betting brings offshore and to the criminal enterprises in this country.”

He also said that since the bill was initially introduced, the NHL, NBA, Major League Baseball, Major League Soccer, and the Canadian Football League have all lent support to legal sports betting in Canada, and that since the Professional and Amateur Sports Protection Act was overturned in the U.S. in 2018, Canada is “at a significant competitive disadvantage” as “nearly every state south of the border, 48 to be exact, has either legalized single-event betting or has a bill before the state legislature seeking to do so.”

(Editor’s note: Waugh exaggerated a bit … 24 U.S. jurisdictions in the continental U.S. have legalized, and a handful more are currently seriously considering.)

More good news today on the sports betting front in Canada. The momentum is building and we can’t wait to bring @theScoreBet to our millions of fans. Here’s my statement on today's Federal Gov't bill to legalize single-event wagering in Canada: (nice photo too, team!) pic.twitter.com/WUWeT0DGl1

Should Parliament pass the bill, it will pave the way for lawmakers in Ontario to break up the monopoly that the province’s lottery has on gaming. According to iGamingBusiness.com, lawmakers in Ontario may, through their latest budget, allow commercial operators offer sports wagering — not only the lottery.

Ontario regulators will be ready promulgate rules and procedures as soon as they get the go-ahead. The Alcohol and Gaming Commission of Ontario (AGCO) would be the regulator, and during Wednesday’s Betting on Sports in America panel, COO Dave Phillips said, “Ontario has been an advocate of single-game sports betting for at least a decade. AGCO has long been preparing for the legalization of single-bet sports betting and we’ll be in a position to move as quickly as possible.”

It's all happening in Canada right now, so I talked with @scorecommish about what the country's sports betting future could look like on this week's @GamblingComp podcast, plus a bit about the media partnership landscape in the U.S. https://t.co/cbgbNs9B6F pic.twitter.com/233u0NkMaz

Investors see the expansion of gaming in Canada as another opportunity in a sector that has seen massive growth in recent years. Sportico, among others, points to Canada-based theScore, Bell Media, and Rogers Corp. as “best positioned” to benefit from the expansion.

“Canada is theScore’s home turf and we are eager to bring our award-winning sportsbook, theScore Bet, to our highly engaged fans across Ontario, a huge market with a population larger than all but four U.S. states,” theScore’s Levy told IGB.

“We’re also encouraged by the province’s commitment to continue to work with the federal government in their effort to legalize single-event sports wagering in Canada, where legislation to effect this change was debated in the House of Commons earlier this week.”

While Canadian-based companies would appear to have a leg up, it’s likely that international companies — including U.S.-based operators — would have an interest in expanding into Canada. As the U.S. market continues to open up, operators from Australia (PointsBet) to England (William Hill) have taken advantage.

Canada is an attractive destination for operators given its size — there are approximately 35 million residents, and nearly half (15 million) live in Ontario. Quebec is a big one as well. The province is home to over 8 million, is closer to New York population centers than Ontario, and has a drinking age of 18, which has attracted young American males. The expectation is that digital sports betting could generate up to $5.4 billion in handle in a mature market, according to Sportico.

“If California were to legislate and be open, Canada would generate revenues comparable to what we would see in [the Golden State],” gaming sector executive Robert Davidman told Sportico. Canada is among “the top five in most valuable, per-player, in the world.”