The Canadian sports betting market is set to explode next year 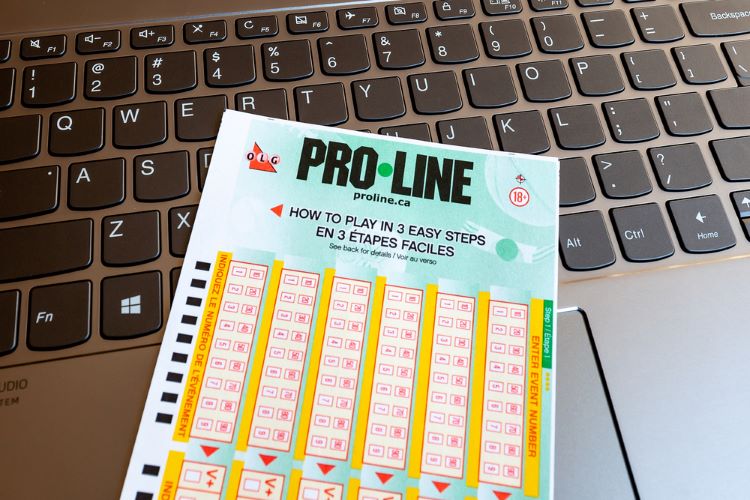 It’s been a monumental year for sports betting in Canada, but there should be many more exciting developments to come in 2022.

In early 2022, Ontario is projected to open its market to potentially dozens of private sports betting operators, which will give local bettors an array of sportsbooks to choose from. Currently, Ontario bettors can only legally wager with the government-owned Ontario Lottery and Gaming Corporation’s PROLINE + or with a gray market site. With a population of roughly 15 million and nearly a billion dollars in projected revenue yearly from sports betting down the line, Ontario is a highly desirable market for private operators.

Sports bettors in Saskatchewan, a prairie province with a population of approximately 1.2 million people, will also see some changes in 2022. The Saskatchewan Indian Gaming Authority (SIGA) is planning to launch a new mobile sports betting site at some point during the new year. SIGA, a nonprofit organization with a mandate to create employment and economic opportunities for the First Nations community, has closed its Request for Proposals process and plans to select a vendor early in 2022. It hopes to launch a new betting site within six months of announcing the winning bid to compete with the government-owned Sport Select platform in the province.

There are also some exciting developments out of Alberta to look forward to. The province’s regulators are accepting proposals from two private sports betting operators until Jan. 31, 2021. Alberta, which is home to roughly 4.5 million Canadians, is hoping to have sports betting kiosks operational in the venues of its four professional sports teams — the Calgary Flames, Calgary Stampeders, Edmonton Elks, and Edmonton Oilers — by the end of the year. Alberta’s approach is much more cautious than Ontario’s planned open market, but the option to add more private sportsbooks is a possibility in the future.

Let’s take a look at more of the major players and storylines that will shape Canada’s sports betting landscape in 2022:

Since 2005, the Canadian Gaming Association has been a national voice representing the leading operators, manufacturers, suppliers, and other stakeholders in Canada’s gaming industry. President and CEO Paul Burns is responsible for the development of industry-wide research and programs, including the release of a study on the economic impact of gaming in Canada. He also provides expertise in critical areas such as responsible gaming, addressing legislative and regulatory issues, and providing leadership on emerging problems. The CGA will continue to play a key role in the expansion and promotion of private gaming across the country in 2022.

All eyes will be on Ontario’s open market in 2022. DraftKings, theScore Bet, FanDuel, BetMGM, Caesars, PointsBet, and BetRivers are just some of the many private sportsbooks interested in acquiring a gaming license in the province.

There are still many regulatory issues to be sorted out before the launch of the market and we still don’t know what the Ontario government’s tax rate will be on private operators, or what kind of bonuses these sportsbooks will be able to offer to bettors in a highly competitive market. The legality of opening the market is also in question, with a recent report from a provincial watchdog stating several legal concerns.

Other provinces in Canada will be watching to see how everything plays out in Ontario before making decisions on whether or not to open up their respective markets.

Which #sportsbook brands will & will not apply to be legal #Ontario betting sites?

We cover 30+ names with intel & analysis.

We explore which brands will dominate Ontario, which will struggle & why. 👇https://t.co/r9hIzK8ZKW#Mapleleafs #Leafs #Raptors $DKNG $PENN $MGM $RSI pic.twitter.com/XJfrQ1faNE

The Government of Ontario is working with the Alcohol and Gaming Commission of Ontario (AGCO) and its internet gaming (iGaming) subsidiary to establish the open sports betting market in the province. There’s immense pressure on these organizations to review and approve applications from dozens of private operators and to establish the legal framework for the market in Ontario.

Private operators are pushing for approvals with high-profile betting events such as the Super Bowl and Winter Olympic Games scheduled for February 2022. Everything hinges on an announcement from  AGCO/iGaming Ontario next year, and then the competition will begin among private operators for customers in the province.

Sportsbooks continue to partner with the pros

Sportsbooks are targeting Canadian sports teams and leagues at unprecedented levels ahead of the anticipated explosion of betting markets in the country, and that trend should continue into 2022 and beyond. The Ottawa Senators became the first NHL team to have a gambling sponsor on their helmets, PointsBet inked a deal with Curling Canada, Sports Interaction is now the official Canadian betting partner of the National Lacrosse League, and BetRegal became the official gaming partner of the CFL and the betting partner of PGA of Canada.

Sports bettors in the Atlantic provinces of New Brunswick, Newfoundland and Labrador, and Prince Edward Island have all been wagering on single sports events since legalization in late August, but Nova Scotia bettors still don’t have the option. The province held an election on Aug. 17, 2021, and a new Conservative government was elected, led by Premier Tim Houston. Reviewing the sports betting rules in the province is on the new government’s agenda for 2022.

Currently, the only legal avenue to bet on sports in Atlantic Canada is through the government-run Atlantic Lottery Corporation (ALC) and its PROLINE platform.