Who Would Make The Best Canadian Sports Betting Brand Ambassadors?

With Ontario's regulated iGaming market set to launch April 4, the advertising blitz is on 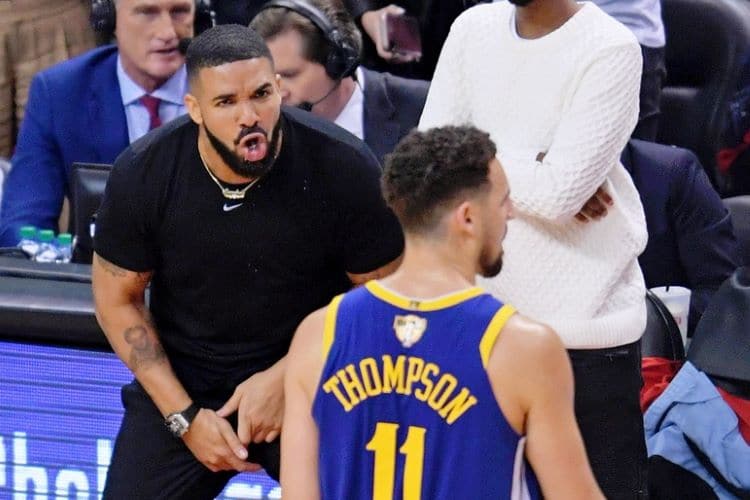 According to Canadian media analyst Adam Seaborn, over 28 different “gambling” advertisers, most of them offshore and non-regulated, appeared on TV in Canada last year spending upward of $100 million. That number will soar in 2022 with the launch of Ontario’s regulated market, and potentially more provinces adopting an open market model.

Using brand ambassadors is one advertising tactic sportsbooks will use to connect with local betting communities across Canada. In the United States, several celebrities and athletes are already working as brand ambassadors for major sportsbooks. BetMGM has recruited Wayne Gretzky, Marshawn Lynch, Kevin Garnett, and most recently, Connor McDavid to promote its brand, while the Manning family — Archie, Peyton, and Eli — have inked partnerships deals with Caesars Sportsbook.

In Canada, Bet99, a gray-market sportsbook, is using UFC legend Georges St-Pierre to promote its pay site, while Auston Matthews is the new ambassador for the free-to-play games offered by the sportsbook. And PointsBet Canada has recruited the cast of Trailer Park Boys to help convey its brand to Canadian bettors.

A recent study conducted by Deloitte Canada estimates that single-event sports betting could result in $28 billion in legal-market wagers within five years of legalization. With so many sportsbooks set to compete for the sports betting dollars of Canadians this year, and for years to come, who else would be a strong sportsbook ambassador in the country?

Here’s a fun, and hypothetical, list of some potential celebrities and athletes that could help build a sports betting brand and convey responsible gambling messages.

You’d be hard-pressed to find a more influential person in Canada than Drake. The rapper can often be found courtside at Scotiabank Arena in Toronto, cheering on the Raptors as the team’s official ambassador, when he’s not electrifying crowds across the world with his music. He’s a fan of all sports and dabbles in sports betting. Recently, he threw down some big bets on the Super Bowl using Stake, a Canadian-based Bitcoin casino and sports betting website.

Will these three bets land on #SuperBowl Sunday? 🔮 pic.twitter.com/Q5dXMldtSC

The Toronto-born musician has long been an advocate for “The 6ix” (a nickname for the Toronto 416 area code), and his relationship as an ambassador with Maple Leaf Sports and Entertainment, which owns the Toronto Raptors (NBA), Toronto Maple Leafs (NHL), Toronto Argonauts (CFL), and Toronto FC (MLS) franchises, could make any potential deal as a brand ambassador with a sportsbook complicated. MLSE is a desirable partner for sportsbooks looking to tackle the Canadian market due to its impressive portfolio of professional sports franchises in Ontario, and it’s unclear if partnering with MLSE would give a potential sportsbook access to Drake for promotional purposes.

Born in Scarborough, Ontario, Myers is best known for his roles in the Austin Powers movies and Wayne’s World. The Canadian funny man, who is now 58 years old, could be utilized by sportsbooks to connect with some of its older Canadian demographic (40 years old and up). Just imagine a hilarious responsible gaming skit featuring an oblivious Austin Powers foolishly wagering his entire bankroll on an improbable longshot to win a British soccer game at a sportsbook, while thoroughly embarrassing himself in the process with his lack of sports betting prowess. Gambling, if you can recall from the movies, isn’t one of Powers’ strong suits.

Or how about a commercial spinning off one of the more memorable scenes from Wayne’s World when Wayne and his sidekick Garth engage in a little one-on-one road hockey? The characters, proudly wearing their Chicago Blackhawks jerseys, are interrupted multiple times by cars passing by, then shout “Game On!” when they resume play. This could send an important responsible gambling message about taking a break from wagering, or you could end up like the cyclist in the below clip.

With all due respect to Sidney Crosby, McDavid, Jamal Murray, and other top Canadian athletes, there is another rising star who could help sportsbooks hit the perennial jackpot with their marketing campaigns. Davies is quickly surging up the power rankings as one of Canada’s top athletes after leading the national soccer team to the brink of qualifying for its first World Cup since 1986. The 21-year-old, who relocated to Edmonton, Alberta, at the age of 5 after fleeing Ghana as a refugee, plays for Bayern Munich in Germany and has 10 goals and 15 assists in 30 caps for the Canadian national team.

Away from the pitch, the charismatic Davies is even more impressive. He boasts an incredibly positive attitude and trim physique and has attracted almost 6 million followers to his wildly popular TikTok account. Davies was recently forced to miss a few of the national team’s games due to a heart muscle issue following a bout with COVID-19, but check out his crazy reaction while watching Canada triumph over the United States in January.

Eugene and Dan Levy are the hilarious Canadian father-son duo who co-created the Emmy Award-winning sitcom Schitt’s Creek. Prior to that, Eugene was best known to many for his role as Mr. Levenstein in the American Pie movies. Mr. Levenstein was known for the outdated advice he gave to his son, Jim (played by Jason Biggs), about the trials and tribulations of surviving life as a teenager.

Following in his father’s footsteps, Dan Levy has comparable comedic chops and an innate chemistry on screen with his dad. The pair recently did a spoof for Vanity Fair teaching youth slang words, a bit that could work equally as well explaining sports betting terms to new bettors. Eugene could butcher his interpretation of single-game parlays, while Dan calmly interjects with the correct definition. This could be a fun and educational way to engage prospective bettors.

Sinclair is without a doubt the most successful soccer player to ever compete for Canada. Fresh off a gold medal at the Tokyo Olympics, the 38-year-old captain has an unbelievable 308 caps for her country and 188 goals. She’s now competed in four Olympic Games and was the Lou Marsh Award winner in 2012, which is awarded annually to recognize Canada’s top athlete.

Sportsbooks looking to enter, and be successful, in the Canadian market, will need to find a way to connect with prospective female bettors, according to a recent study from Deloitte Canada. Deloitte estimates 58.5% of the Canadian sports betting market is comprised of potential bettors who haven’t placed a wager in the last 12 months but are interested in placing bets in the future. Of that group, 57% identify as female. Recruiting Sinclair, who is a huge advocate for the advancement of women’s sports in Canada, could help sportsbooks reach out to the prospective female demographic — and also capitalize on the blossoming soccer interest in the country.

Thank you for joining me to #ShowUpForGirls and raising over $300,000 for @cdnwomenfdn girls’ programs all over Canada! #pandemic #COVID19 #genderequality pic.twitter.com/eN6czyea02

Nurse may be one of the most underrated Canadian athletes and sports personalities in the country. A two-time WNBA champion and member of the women’s national basketball team, Nurse is also a budding broadcaster and basketball analyst for Raptors games on TSN. Hailing from a large sports family in Hamilton, Ontario, Kia has a brother, Darnell, who is a defenseman for the NHL’s Edmonton Oilers. Her father, mother, and other siblings also played, or are currently playing, sports at the professional or collegiate levels.

Toronto would be an ideal city for WNBA expansion north of the border, an idea also supported by the aforementioned Drake. Regular-season WNBA viewership rose 23% when compared to 2020 across ESPN and ABC platforms. Nurse signed a contract extension with the WNBA’s Phoenix Mercury in February, as she continues to work her way back from a torn ACL. Could the smooth-talking, media-savvy athlete also be an awesome ambassador for a sportsbook? Absolutely.

so excited to be back in the Valley this season💜🧡 see y’all back on the court 😈 https://t.co/vvA1MnD2SB