The NHL will shut down all operations from Dec. 22-25 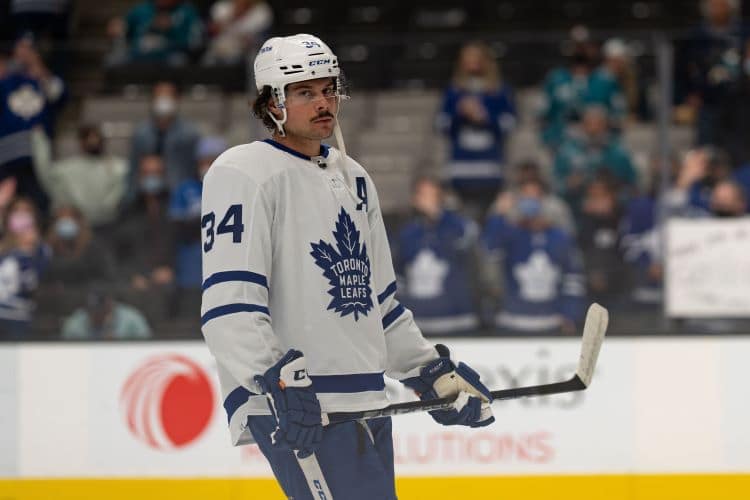 Pull up the nightly schedule for any of the major professional sports leagues lately and you’ll inevitably see one word all over your screen: postponed.

COVID-19 is wreaking havoc on professional sports leagues all across the globe as cases continue to surge worldwide. The NBA, NHL, NFL, and many other major sports leagues are postponing or rescheduling games on a nightly basis as players and personnel continue to be placed in each league’s respective COVID protocols.

This constant state of flux is also frustrating for the sports betting world, which has the daunting task of trying to keep on top of late roster changes before games and cycling through all the COVID news. For example, the NFL’s Cleveland Browns were missing 18 players for their Monday night matchup with the Las Vegas Raiders due to COVID protocols. Cleveland, which opened as 6.5-point favorites, moved all the way to +2.5 at PROLINE + prior to kickoff. That’s quite the line move.

The NHL has suspended all games between Dec. 22-25 due to multiple COVID outbreaks. In Canada, the Toronto Maple Leafs, Montreal Canadiens, Calgary Flames, and Vancouver Canucks have all had their rosters decimated by COVID protocols.

We checked in with three legal, provincially run Canadian sportsbooks to ask about their cancellation policies and to see how they’re adapting to the constant challenges the pandemic is presenting.

FROM PRO•LINE FAQ: Season-long offerings based on criteria such as the accumulation of wins and player point totals are based on an entire season being played. A shortened season will result in all bets being canceled unless otherwise stated. If PRO•LINE events are created and sold based on a shortened season, it will be indicated on the wagering list and bets will subsequently stand.

Bets will also stand, regardless of whether the season is shortened, on season-long offerings where the winners of such bets are not dependent on the number of games played. This would include bets on offerings such as (but not limited to) league champions and player awards, so long as the governing body officially recognizes these accomplishments and awards.

Should the end date of a season change from what was originally scheduled, but this date does not impact the offering itself, all bets will stand.

“While last-minute changes (due to COVID protocol) do present challenges, just as they do for regular player injuries or other late-breaking roster changes, our PRO•LINE traders continue to work diligently at keeping up to date with all of the developments as they occur,” Greg Weston from ALC communications told Sports Handle.

“The impact (of a late scratch due to COVID protocol) depends largely on the player, position and sport,” said Tony Bitonti, director of external communications for OLG. “For example, a hockey player being ruled out of the lineup will generally have less of an impact than a star basketball player or a starting QB. In any event, our odds-setters are able to measure the impact each individual player has and react very quickly to any lineup changes. We also keep a close eye on what’s happening in the industry at large to see what changes are happening at our competitors and will often make adjustments to our odds based on industry shifts and betting patterns from our customers.”

OLG is the Ontario government agency that conducts and manages gaming facilities, the sale of province-wide lottery games, internet gaming, and sports betting.

Specific rules vary by sports and league. However, if a game is canceled or postponed past the originally scheduled date due to COVID-19 (or for any other reason), the related selections are immediately made void. In the case of single bets, the player’s stake is refunded, however, when betting a parlay, which may combine selections from multiple events, the bet will stand with the remaining selections, if still valid.

“The biggest impact (from COVID) is that this can delay the typical availability of the event and betting markets due to the changes and additional time required to review and account for lineup changes,” said Erica Simpson from BCLC media relations. “Additionally, last-minute scratches have the potential to reduce BCLC’s props offered, depending on the players affected.”

The BCLC is a government-owned corporation offering a range of gambling products, including lottery tickets, casinos, and legal online gambling.