Three Takeaways From The Canadian Gaming Summit In Toronto 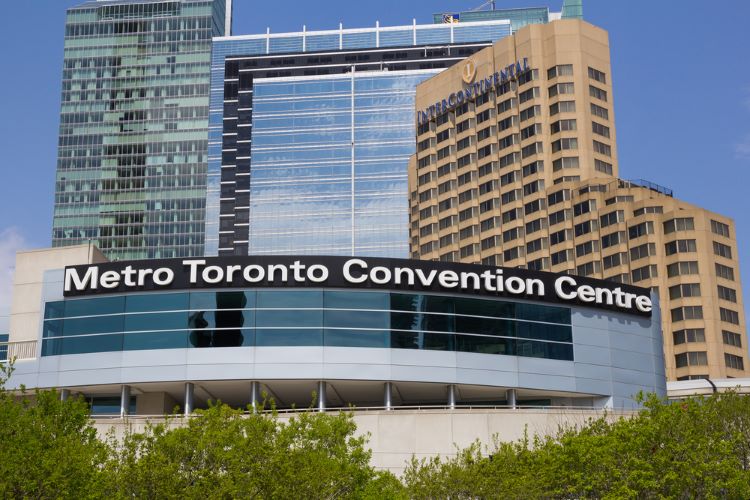 Toronto played host last week to two major gaming conferences — the SIGMA World Gaming Festival and the Canadian Gaming Summit — marking the first such congregations since single-game wagering was decriminalized in Canada last August. They were also the first meetings of key industry stakeholders since the launch of Ontario‘s regulated iGaming and sports betting markets on April 4.

Sports Handle attended the Canadian Gaming Summit, which ran from June 7-9 at the Metro Toronto Convention Centre, and the overall mood was celebratory. Industry leaders appeared genuinely grateful for the opportunity to congregate again after the pandemic, and there was certainly no shortage of things to discuss.

To that end, here are three takeaways from the Summit:

Ontario’s regulators, the Alcohol and Gaming Commission of Ontario and iGaming Ontario, kicked off the second day of the conference with a highly anticipated keynote discussion on how Ontario’s market is doing after two months of operation. The session was packed, leaving standing room only for many onlookers interested in getting clarification on Ontario’s complicated iGaming structure.

Dave Forestell, the chair of iGaming Ontario, acted as the moderator for the one-hour session, and the panelists included Tom Mungham, CEO and registrar at the AGCO, and Martha Otton, executive director of iGaming Ontario. The panel revealed that over 70 operators are currently in the licensing process with the AGCO. Operators are becoming licensed in as little as 70 days in some cases, and in as many as 120 days in others.

Mungham put to rest rumors that there would be a firm July 1 cutoff date for existing gray-market operators to join the regulated market. He said a three- to four-month transition period was more reasonable before the market fully shifts to black and white. However, he did urge interested operators to apply now, lest they risk facing a “dark period” when they won’t be able to operate in the province until a license is granted.

Regulators also acknowledged that they’re moving toward enforcement mode now that the the market is up and running, and that they’re listening to feedback from industry stakeholders regarding many issues — especially the province’s strict advertising guidelines. Otton said the AGCO is open to adjusting its Registrar and Standards in regards to advertising, and that regulators have already urged major media companies in Canada to limit the amount of advertising with their respective outlets. Two operators have already been fined for violating the AGCO’s advertising guidelines.

Furthermore, the panel said it was open to the idea of a player feedback forum in the near future. Just days before the conference, a well-known Canadian sports betting analyst wrote a post that went viral around the country about player safety, bet limits, voids, and unclear terms and conditions players were facing from operators. It was obvious that regulators had been monitoring player feedback from media sources after launch and that they’re willing to make adjustments.

One industry source told Sports Handle that regulators hosted an open forum with operators that were already live in the province last Wednesday night.

“It’s great they [regulators] are interested in listening to us,” the source said. “I’m sure they’ll get some valuable feedback. Who knows if it will make a difference or not, but at least they’re listening.”

Both Mungham and Otton were asked by the moderator about what they regretted now, looking back at the launch. Both agreed that they wished they’d done more background work with Canadian banks prior to launch, in order to make it a smoother process on the payments side for regulators and operators. They said the banks see the industry as a whole as “risky,” and that perception needs to change.

Kicking off today's sessions at the #canadiangamingsummit is our Day 1 Keynote: Ontario's iGaming Market: 2 Months in and Going Strong! pic.twitter.com/jbJG7POLzo

Every panelist or moderator who spoke at the event made at least one mention of Ontario’s — and Canada’s — great “potential” as a gaming industry.

Ontario, which is home to roughly 15 million Canadians, is estimated to be a $1 billion (CAD) market this year for iGaming, according to the iGaming Ontario website. According to a study conducted by the Canadian Gaming Association in 2019, prior to the COVID-19 pandemic, the Canadian gaming industry had a total industry revenue base of $17.1 billion (CAD).

Regulators reiterated at the conference that Ontario’s iGaming revenue numbers were “coming very soon,” but there’s still no barometer for how the market has fared since April 4. However, BetMGM CEO Adam Greenblatt did reveal one interesting statistic at the conference:

We don't have Ontario revenue numbers yet, but CEO Adam Greenblatt reveals at the @GamingSummit that 70 million transactions were made in the month of May in Ontario at BetMGM.

A recent report obtained by Sports Handle from Morgan Stanley indicated that BetMGM was earning anywhere between 8%-17% of the daily sportsbook app download share in the Ontario market between April 4-19. Bet365 and theScore Bet were the only two sportsbooks earning higher daily app download share during that span.

The future of the industry

In 2021, the global “games” market was valued at over $180 billion worldwide, and the panel elaborated on the relatively untapped market potential in Ontario and across Canada.

“The demographic of the average esports fan is a demographic the NBA, NFL, NHL, and MLB would kill to have. They’re older than you think,” said Montgomery. “They’re in their early to mid 20s, on average, [and] they have a household income of about $70K, which dwarfs the average income of those other four traditional sports. They have a lot of disposable income, and in addition, they’re four-and-a-half times more likely to bet on traditional sports and they’re five times more likely than the average person to engage in iGaming.”

Salz said his Canadian company has been growing at a rate of 20% per month for more than two years, and that 90% of the company’s handle is from esports betting. The average bettor at Rivalry is 24 years old and 85% of registrations with the operator are people under the age of 30.

This data runs counter to the perception that esports fans are predominantly teenagers, and Montgomery said that video gaming is no longer an antisocial behavior as it connects players with people from around the world to play online.

“Gaming is the new and most dominant social network in the world,” said Montgomery, who commented that the video gaming industry is now bigger than the movie and music businesses combined.

A few additional interesting quotes/tidbits from the conference: