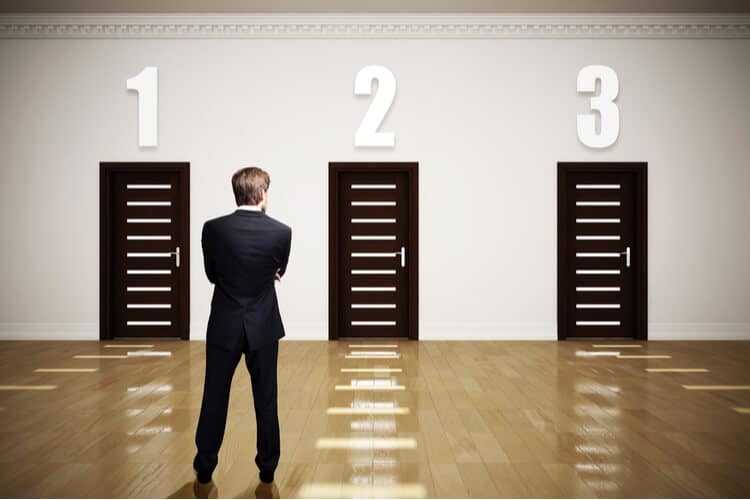 As of Wednesday afternoon, every commercial casino in the United States will be closed in the face of COVID-19, but only after some begging and pleading happened in South Dakota. According to US Bets, one South Dakota casino operator on Monday said, “(We) don’t plan on closing unless something major happens.”

News alert: The rest of the country is all but shut down due to the coronavirus outbreak.

But by Monday night, Deadwood’s mayor had requested all casinos close. According to the American Gaming Association, that means all 465 American commercial casinos will be closed by noon Wednesday. With regard to tribal properties, the AGA reports that 97% of 524 tribal casinos are closed, and the handful that remain open are “mostly” at small convenience-store locations.

Among the closures are retail sportsbooks in the 20 states that have legal sports betting. But mobile and online casino and sports betting platforms remain open for business.

The retail closures mean nearly 650,000 casino gaming employees are out of work, and if retail casinos stay closed for 60 days, the U.S. economy will lose $43.5 billion in economic activity, according to the AGA.

Read more about the impact on gaming here: https://t.co/mQhtQ21gOu pic.twitter.com/d5y8Ha4tfl

“Gaming is an economic engine, employing millions of local residents, generating community investment through vital tax revenue, and supporting small businesses in communities all across the country,” AGA president and CEO Bill Miller said in a statement last week.

Among the closures are retail sportsbooks across the country, including Illinois and Michigan. In both states, the first legal sports bets were placed just days before President Donald Trump declared a national emergency on March 13. That was one day after all U.S. professional sports leagues announced they were postponing play indefinitely.

Mobile and online sportsbooks still continue to offer action in 10 states, from Nevada in the West to New Jersey, Pennsylvania, and West Virginia in the East. But the offerings aren’t your usual fare.

According to a press release from Rush Street Interactive, table tennis and Australian Rules Football topped the handle for BetRivers and PlaySugarHouse over the weekend. The company has live mobile sports betting in Pennsylvania, New Jersey, and Indiana.

The table tennis world cups are currently on DraftKings and it’s taking everything in me to not go full tilt and bet it. pic.twitter.com/vHD2pTBfyF

DraftKings had a similar breakdown over the weekend, with table tennis leading the way in handle and number of wagers placed. The Australian Football League and Moscow Liga Pro rounded out the top three in handle and amount of wagers placed, while DraftKings also took action on rugby, the Belarus Premier League, and Australian A-League soccer. DraftKings is available online in six states: New Jersey, West Virginia, Indiana, Pennsylvania, New Hampshire and Iowa.

“The current pause on many sports has not stopped fandom at all, nor DraftKings’ creative ambitions to deliver a consistent and engaging experience on our platform,” Johnny Avello, DraftKings director of race and bookmaking operations, said via e-mail. “We’re actively innovating to bring a range of product areas, from lesser-known sports, politics, popular culture, simulated games and more, to the fingertips of our player community who continue to show their demand and support.”

“People are betting more sports than usual and because of this unique time, we are seeing strong interest in some new areas,” said Mattias Stetz, chief operating officer of Rush Street Interactive. “We have rugby, soccer in Hong Kong and basketball in Turkey, along with others. For any sports going on anywhere in the world, we try our best to have it.”

At FanDuel, the company saw a 32% increase in bets on UFC Fight Night 170 versus UFC Fight Night 169. The company also saw plenty of action with sports betting fans wagering on Cam Newton’s and Tom Brady’s next teams as well as futures on Brady’s performance and college football. FanDuel also took bets on multiple professional international sports that continue to run, according to a spokesman.