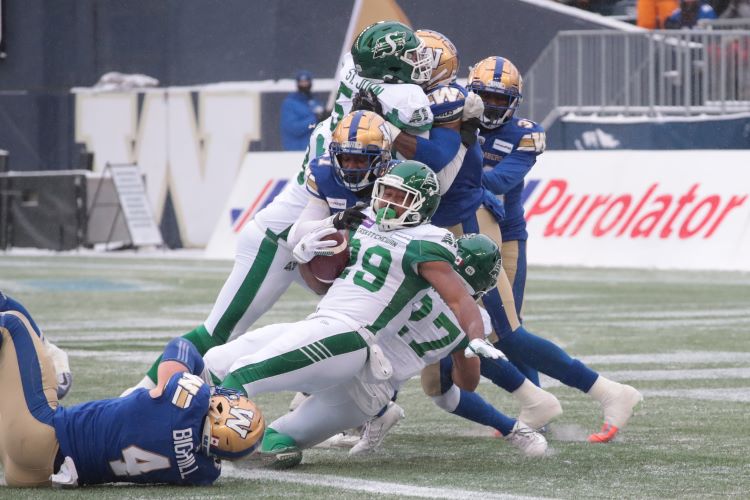 Regulations surrounding gambling have changed drastically across Canada, and specifically Ontario, over the past year, and now the Canadian Football League is looking to revamp its policies on match-fixing and corruption to reflect these changes.

At the Canadian Gaming Summit in June, a CFL representative said that the league’s policies on these issues are extremely outdated and require a significant overhaul. Players, officials, broadcast partners, and team employees also need to be educated on the identifiers and risks associated with corruption and match manipulation.

A single CFL game can generate roughly $4 million in wagers worldwide, according to sports data and betting integrity service provider Sportradar. And It’s estimated that Canadians are spending $10 billion annually through offshore sites and illegal sports betting operations controlled by organized crime, according to data from the Canadian Gaming Association.

Football, under formalized rules, has been played in Canada since the 1860s, but the CFL began its formal existence in January 1958. And although the CFL has avoided a major match-fixing scandal to this point, the surge of interest in online sports betting throughout the country, and around the world, may be putting its players, and the league, at risk.

In 2012, a CBC news story alleged that a player in the Canadian Soccer League accepted a bribe to fix a match in 2009. It was eventually revealed that the entire 12-team league was corrupt, and that as many as 42% of games in the league that year were manipulated.

Match manipulation has been a problem in Canada in the past, and it will continue to be a concern moving forward.

How the CFL is evolving its policies

Prior to the legalization of single-game sports betting in Canada last August, the CFL had policies in place prohibiting wagering on CFL games for staff, officials, players, and anyone involved in the league.

“Now, with legalization, we have to take it a step further and make sure we’re really educating them on what that means. Anything can be manipulated. You could accidentally tell your friends the color of the Gatorade, or being the first person to take a penalty. We have to really put some safeguards in place to make sure that our players, officials, broadcast partners — everyone is aware of what match manipulation means and how it can creep into their lives,” CFL Director of Football Eric Noivo told the audience at the CGS in Toronto.

Noivo and other league executives are now seeking the advice from corruption and match-fixing experts to redevelop the league’s outdated policies.

“It’s an ever-evolving process for us,” Noivo said. “We want to make sure we’re keeping our athletes and the integrity of the game safe. At the end of the day, that’s what we define ourselves by.

“Our constitution and bylaws dating back, we’re roughly a 100-year-old league, so some of the language in there is a bit dated. It refers to not fraternizing with known gamblers. When that was written 60 or 80 years ago, it meant something very different than it does now. Pretty much everyone I see here [in the audience] is a known gambler these days thanks to technology.”

Ontario, which is home to 15 million, launched its regulated online gaming and sports betting market on April 4. Three of the CFL’s nine teams — Ottawa Redblacks, Toronto Argonauts, and Hamilton Tiger-Cats — are operating within the confines of the new legal market. However, Ontario is the only province to this point to embrace an open, legal gambling market, leaving the other six teams to continue playing home games in gray gambling markets.

“We’ll see how everything plays out in the other provinces. We’re putting safeguards in place in regards to the league as a whole. Whether the threat exists in Ontario, or Alberta, or wherever, we have to protect all of our players from coast to coast,” said Noivo, who noted mandatory education for players and staff on match manipulation is built into the new collective bargaining agreement that was signed this spring.

The reality is that Canadians had already been illegally wagering on the CFL, and many other sports, for decades online. Many of the teams are sponsored by, or partnered with, gray sportsbooks, like Bet99 (Montreal Alouettes) and BetRegal (Tiger-Cats/Winnipeg Blue Bombers). However, both of those aforementioned sportsbooks are in the process of becoming licensed in Ontario in the coming weeks and months. BetRegal is also the league’s official sports betting partner, and it’s important to note that the sponsorship dollars from these sportsbooks are injecting some much-needed cash into the league, which is constantly in a state of financial crisis.

Last December, the CFL partnered with Genius Sports to help revamp its data and technology. But the partnership is coming at a huge cost to the CFL, as one-tenth of the league’s revenue entity, CFL Ventures, is now owned by Genius Sports, which is tasked with finding ways to drive audiences, engage younger fans, and help explore new revenue streams for the CFL. One of those new revenue streams is, of course, sports betting.

The #CFL has announced a transformational long-term partnership with @GeniusSports, reimagining the entire CFL fan experience through innovative sports technology and data solutions.

The CFL is also leaning on Genius Sports to monitor potential match-fixing through its integrity monitoring technology to add another layer of protection, in addition to other major safeguards like the International Betting Integrity Association. Still, though, the CFL is banking on its players to be transparent regarding potential corruption.

“Athletes are going to be first line of defense and they need to learn how to safeguard themselves,” Noivo stated.

Noivo says the CFL is in the process of further developing its education platform for its players, but that the “athletes have a duty to report and cooperate” with any potential suspicions of match manipulation. It is not yet formalized, but there will eventually be a league-wide policy that all nine teams will have to adhere to.

The majority of CFL players come directly from Canadian universities, and team rosters are comprised of mandated portions of Canadian players. Noivo believes the CFL, as the top football league in the country, has a responsibility to educate the entire football ecosystem in Canada on match-fixing and corruption risks from the minor levels through to the university ranks.

Is the CFL really at risk?

Jeremy Luke is the senior director of sport integrity for the Canadian Centre for Ethics in Sports, a national non-profit organization located in Ottawa. The organization’s mandate is to investigate integrity-related issues and doping allegations in Olympic sports and beyond.

“It’s difficult to have hard data on exactly how often this [match manipulation] happens. And the incidences are likely just the tip of the iceberg. But certain sports are at higher risk than other sports, and those could be sports that are more easily manipulated. Look at tennis, for example, and the spot betting that can happen on individual points. In soccer, you can bet on who will have the first penalty kick, or the first offside. All things that can be bet on can be possibly manipulated,” he said.

Another factor in determining whether or not a sport is at high risk for match manipulation is player wages. Luke says North American professional sports leagues that have higher salaries tend to be lower risk, but  university/college or lower-level sports league athletes are considered high risk.

CFL teams will be subject to a salary cap of only $5.35 million (CAD) in 2022, and the minimum player salary in 2023 will be a pedestrian $70,000 under the new collective bargaining agreement. Many CFL players have secondary jobs in the offseason to make ends meet.

One player that didn’t need a second job to make a living, though, was Atlanta Falcons receiver Calvin Ridley, who recently admitted to gambling on NFL games despite having an estimated net worth of $11 million.

Sports Handle’s Brett Smiley investigated Ridley’s betting activity, and he discovered Ridley placed $3,900 in NFL wagers (despite Ridley saying he only bet a total of $1,500) in November of 2021. He was flagged by a legal sportsbook in Florida and then reported to the betting integrity arm of Genius Sports. Ridley was then heavily disciplined by the NFL for his actions.

The betting activity consisted of:

Ridley’s tale is a cautionary one for the CFL and other professional sports leagues around the globe. However, the joint effort and communication between regulatory parties in this instance is being applauded.

“As we move forward, the ultimate goal is to try and get to a place where there is one consistent [match fixing/gambling] policy for sport organizations, and then stakeholders all understand how they can contribute to that. Whether you’re a regulator, sporting body, or a betting agency, everyone understands that approach,” Luke said.

Luke’s organization supported the decision to approve single-event wagering in Canada and has been working closely with CGA President and CEO Paul Burns over the past couple years to formulate a plan to maintain betting integrity. Both Noivo and Luke sit on a sports betting integrity panel with the CGA.

Sports Handle recently talked with CFL legend Damon Allen about sports betting potentially impacting the integrity of the CFL game, and the former quarterback quickly dismissed the idea that players would throw games for betting purposes.

Allen played 23 seasons in the CFL from 1985-2007 and said he’d never had any suspicions a teammate had thrown a game, or botched a play, for betting purposes. Obviously, however, he didn’t play during the mobile sports betting era.