by Chris Altruda
in Legislation, Politics 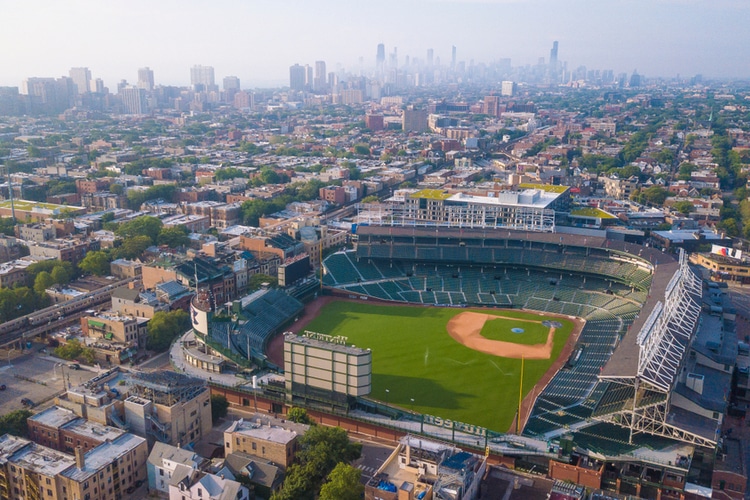 The Chicago City Council passed Alderman Walter Burnett’s substitute ordinance Wednesday that lifts the home rule ban and allows sports venues in the city to apply for sports betting licenses through the state of Illinois.

Burnett’s ordinance passed out of a joint committee Monday and was approved by the city council without debate, though Joint Committee Chairwoman Emma Mitts did note objections by seven aldermen in her presentation. Burnett, whose ward includes the United Center, where the Bulls and Blackhawks play, filed his original ordinance in July, and it was rerouted to committee by Alderman Anthony Beale — one of the seven who asked that his objection be put into the record.

The most notable substitute language added to the original ordinance is a “2% tax on the adjusted gross sports wagering receipts from sports wagers that are placed within the city at, or within a 5-block radius of, any of the following: a casino facility, race track facility, or sports facility where sports wagering is allowed.”

The state taxes adjusted gross sports wagering revenue at 15%, and Cook County has a 2% tax on revenue generated on all wagers made within the county. Chicago’s Business Affairs and Consumer Protection Department estimated the annual tax receipts from the city tax would be from $400,000 to $500,000 per year.

The ordinance allows Wrigley Field (Cubs), Guaranteed Rate Field (White Sox), Soldier Field (Bears), and the United Center (Bulls and Blackhawks) to apply for a sports facility master sports wagering license through the Illinois Gaming Board. Wintrust Arena, which does not meet the seating capacity in the Sports Wagering Act signed into law in June 2019 that made sports betting legal in the state, will become eligible if Gov. JB Pritzker signs HB 3136 into law, as expected.

A not-so-long road to get here

As the sportsbook ordinance is brought to the floor, Mayor Lightfoot’s floor leader, Ald. Michelle Harris, had a word with the mayor. pic.twitter.com/ttRYmbhdg1

An informational session for the joint committee took place last month in which Rush Street Gaming co-founder Neil Bluhm expressed opposition to the ordinance, citing a drain on potential revenue for a downtown casino that would cost between $10 million to $12 million in tax revenue per year. Bluhm, who has a minority stake in both the Bulls and White Sox, also has two of the five downtown casino proposals that will be presented to the city and the public Thursday.

Rush Street owns a sizable minority stake in Rivers Casino in Des Plaines on the outskirts of the city. Rivers is Illinois’ top revenue generator for casino gaming and retail sports wagering. It also operates mobile sports wagering through BetRivers, and both the casino and sportsbook are official exclusive partners with the Bears.

The joint committee met last week, with the substitute language regarding taxation being considered, and it recessed without a vote. Many aldermen were hesitant about conducting a vote without having access to studies detailing the potential economic impact retail sportsbooks could have regarding cannibalization of revenue from the downtown casino.

The committee reconvened Monday with that information and additional substitute language that the city will seek to hold applicants to the same diversity goals of the Sports Wagering Act. Bluhm repeated much of his previous testimony in opposition to the ordinance, but Bulls and White Sox owner Jerry Reinsdorf, Cubs owner Tom Ricketts, and Blackhawks owner Rocky Wirtz all testified in support. Reinsdorf had the most pointed rebuttal to Bluhm, noting the Rush Street co-founder’s opposition came despite having “met with us on several occasions seeking to operate sportsbooks in our buildings.”

Ricketts again spoke during public comments Wednesday in support of the ordinance. The Cubs owner said passing the ordinance will “provide hundreds of construction jobs in the short run, and we estimate 400 permanent full-time jobs when the construction is complete.” Ricketts reiterated that the team is ready to begin construction with the goal of opening the retail sportsbook in partnership with DraftKings at the intersection of Addison Street and Sheffield Avenue by Opening Day 2023, having gained a key zoning approval for the reported 22,000-square-foot sportsbook in August. 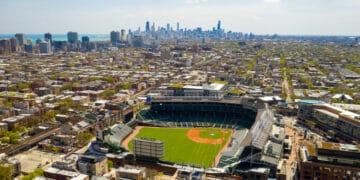 Ordinance For Sportsbooks At Chicago Venues Passes Out Of Committee