‘They Own Saturdays:’ Sportsbooks Happy To Offer As Much College Football As They Can

Inconsistency of schedules, available teams could frustrate, but any games are better than no games 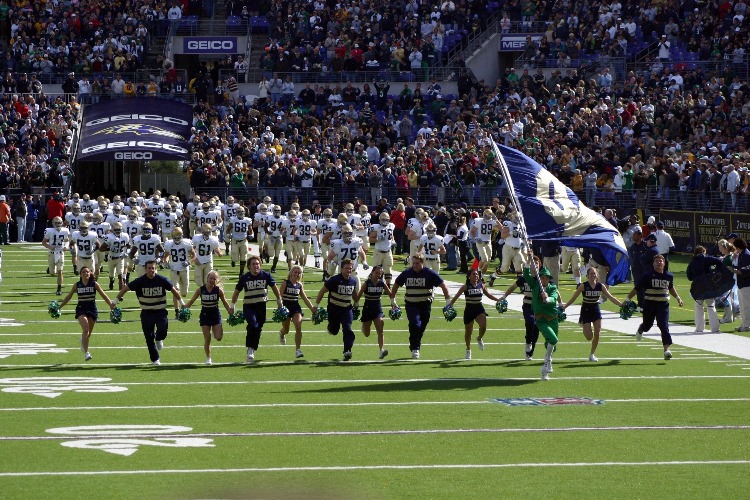 Against the backdrop of a COVID-19-restricted world, the first kickoff in the NFL on Sept. 10 was cause to celebrate like you would for a Super Bowl. After all, the other three major professional sports either had seasons interrupted or shortened. College football is, in some ways, a side dish to the NFL, but one that sportsbooks wouldn’t want to do without.

In August, both the Big Ten and Pac-12 announced they would delay their respective 2020 fall seasons. But both have since done an about-face, and the Big Ten’s first game is set for Oct. 23 while the Pac-12 will officially kick off on Nov. 6. While it’s unclear how a national champion will be crowned or even if every team will get in all their scheduled games, sportsbook operators are happy to have one more thing on the menu of betting options.

“The more games, the more number of events that it has, the better it is for bettors,” 888 Holding’s Head of Commercial Development Yaniv Sherman said in an interview. “They own Saturdays. The NFL has Sunday, Monday, and Thursday, they’re very specific time slots, but college football is all day Saturday and there are lots of surprises, which garner activity.”

Another point of view is that a single bettor can’t bet every game, so having at least a handful of marquee matchups is enough to keep bettors engaged. And as the popularity of in-play betting grows, operators believe that kind of betting will help handle on college football and every other sport continue to grow.

“Here’s kind of my feeling on college football,” DraftKings Head of Sportsbook Johnny Avello told Sports Handle recently. “During a normal Saturday, there are a lot of games. There are 50 games, and you can’t bet all 50. There are some quality games in there … and people do watch those high-profile games and bet on those. When you take the whole slate, people can’t bet on all of them. So, you take a condensed slate and people are going to bet on what’s available.”

Another unique feature of college football is that its popularity differs in different parts of the country. Sherman was quick to point out that the return of college football has much to do with the cultural makeup of regions across the United States. The Pac-12 was the first to announce cancellations, and the Big Ten quickly followed suit. But the other three Power-5 conferences — the SEC, Big 12, and the ACC — never publicly appeared to seriously consider forgoing their seasons.

College football is all but a religion in the South and Midwest, so even in the face of the COVID-19 crisis and restrictions, there was little talk of doing anything other than playing football in those regions. But in the upper Midwest — Michigan, in particular — and in the West, governors have been more strict in imposing COVID-19 restrictions, so it stood to reason that conferences in those regions would postpone, if not cancel.

Is the state of Mississippi now the capital of college football? https://t.co/dgqmIvrN9Q

“The country is very much divided on how to handle colleges,” Sherman said. “I think the fault line runs through the heartland states.”

As the college football season progresses, the selection of available games should increase — besides the Pac-12 and Big Ten, the Mid-American and Mountain West Conferences initially postponed their seasons, but have since reinstated games. Some conferences will play shortened seasons, but November and December should be chock full of college football.

While some games have been canceled or postponed, only one big-time team — Notre Dame — has so far had to make a change due to the pandemic.

Since entering the U.S. market, 888Sport staff has had to learn the ebb and flow of betting on college sports. Because of that, Sherman may have a slightly different view on the return of college football than an executive from a U.S.-based company.

“More games equals more opportunity to bet,” Sherman said. “But if you do not have a national champion or the winner of the Big Ten has an asterisk next to its name, are people just going through the motions?”

Sherman wonders if a lack of fans and the ability to gather to watch games will cause potential bettors to sit out a game or a season. He believes that with no fans in the stands, games may have less energy and that it’s possible that fans won’t have the stamina to watch a complete game — and that could mean they also won’t bet.

Consistency a key factor for bettors

Beyond that, there is the inconsistency of what’s happening in college football. Unlike the professional leagues, where a single governing body sets the schedule — whether that’s playoffs in a “bubble,” a 60-game baseball regular season, or the NFL going for it — college sports are a different situation. While the NCAA oversees all collegiate athletics, it is the conferences, and in some cases, individual schools, that decide when and where they’ll play. In addition, universities have a different kind of responsibility to their athletes than pro leagues do.

“If I could wish for something, I would wish for a more concrete plan from college football,” Sherman said. “Bettors and everyone else would appreciate more certainty.”

Sherman points to the NBA as a great example of certainty, and a potential blueprint for college basketball. The league was the first to come back after the most stringent coronavirus restrictions eased, and it did so with the players and owners working in unison, seemingly, to give Americans something positive and fun to focus on. The result was basketball all day long in some cases, on a strict schedule, and in a tightly monitored facility. Players shared stories of the trials of being away from their families and being asked to stay in their Disney bubble with plenty of time to kill for three months or more.

Can we take a moment and celebrate that we made it to the NBA Finals with no COVID-19 cases.

The bubble, so far, worked perfectly.

For the first time ever, the NBA and NHL playoffs aren’t the only show in town. Usually the final big events on the sports calendar before baseball’s All-Star Game and the summer sports doldrums, basketball and hockey are sharing the stage with the NFL and college football, which makes the fall the hottest betting season of the year. Rather than compete, the NBA is scheduling around Sundays and Monday Night Football. While bettors enthusiastically came back at the start of the NBA’s bubble season, they’ve returned en masse for football.

“Because of pent-up demand there, we’re only in Week 2 but there is definitely an uptick,” Sherman said. “The NFL is definitely the No 1 sport. And the NBA … the more advanced the playoffs get, then it garners less betting activity. The NBA very much tries and very much succeeds — they do not want to go head-to-head with NFL.

“I think when the Pennsylvania and New Jersey September numbers come out, they are going to smash records. Sports are picking up very quickly on the back of NFL.”

NBA a blueprint for the future?

The sacrifice by the players has made for a mostly COVID-free experience and a calendar of games that fans and bettors could count on. The experiment that is the NBA postseason could be just a taste of what’s to come.

“We’re already looking into next year and how this looks,” said Sherman, who predicts a fan-less Super Bowl. “We’re going through a very unusual summer, NFL normally has center stage, but now we have the NBA still playing, NHL, MLB, and the Premier League just started playing.

“This is something we understand that will be around us until next year. … The [2020-21 NBA season] will only start, maybe around Christmas, and everything gets pushed further down the line. The next big dilemma is college basketball and how we get to March Madness. If they can take a page from the NBA and create a bubble for March Madness, that would be great, and then maybe smaller, mini bubbles, the Big East bubble, the Big 10 bubble” during the season.

College administrators are surely already looking ahead to see if they can find a solution to the college basketball season. For sportsbooks, March Madness is the single biggest event of the year — it often combines nail-biting finishes with a single-elimination tournament that stretches out over nearly a month. It was the first major sporting event canceled at the front end of COVID-19 restrictions, and one that athletes, colleges, and sportsbooks surely don’t want to miss again.

But for now, football is king.