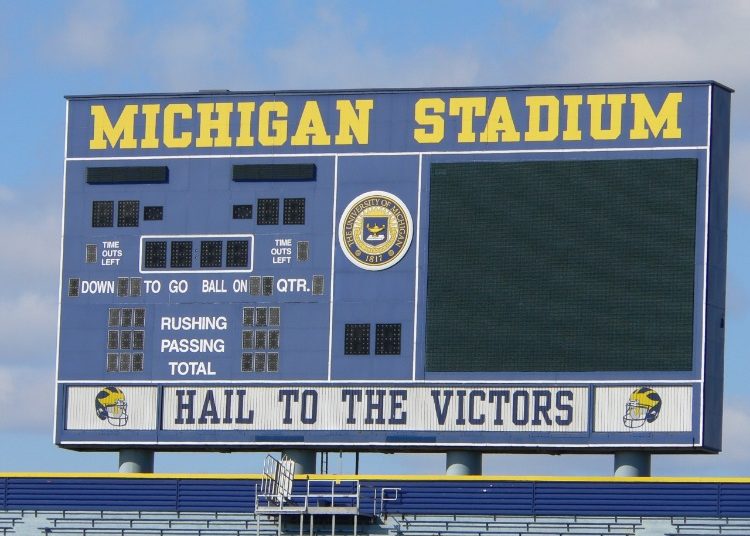 Two of college football’s biggest conferences took a knee on Tuesday, bowing to the power of the COVID-19 pandemic. In unprecedented moves, the Big Ten and Pac-12 announced the postponement of all fall sports, including their biggest cash cow — college football.

Tuesday’s announcements by the Big Ten and Pac-12 were historic — the college football season has been canceled only twice in history, in 1918 during World War I and in 1943 at the height of World War II.

The announcements weren’t completely unexpected. After all, the challenges of putting college athletes on the field, when in many cases they won’t even be allowed in the classroom, is a wholly different challenge than the professional leagues face.

“Unlike professional sports, college sports cannot operate in a bubble,” Pac-12 Commissioner Larry Scott said in a press release. “Our athletic programs are a part of broader campuses in communities where in many cases the prevalence of COVID-19 is significant. We will continue to monitor the situation and when conditions change we will be ready to explore all options to play the impacted sports in the new calendar year.”

There is no mention in the Pac-12 release of whether the conference is considering a spring season or if it is canceling the football season altogether. According to the release, all affected athletes will retain their scholarships. According to the Big Ten’s announcement, the conference “will continue to evaluate a number of options regarding these sports, including the possibility of competition in the spring. Decisions regarding winter and spring sports will also continue to be evaluated.”

There is still some hope for college football fans and sportsbook operators — the ACC, SEC and Big 12 have yet to determine if they will play. But from a sports betting perspective, the Big Ten and Pac-12 announcements are just another obstacle in what has already been a challenging year, particularly in states where operators only recently went live.

“Today’s decision by the Big 10 Conference may start a domino effect for the other conferences and create interesting dynamics as college football tries to move forward under this SARS-CoV-2 environment,” said sports betting consultant Brendan Bussmann, who served as the director of football operations for eight years at Nebraska (Big Ten). “Should college football not exist this fall, it could mean roughly a 15 percent hit to sportsbooks across the country.

“Its a sad day for college football as two of the Power 5 Conferences have decided to punt on the fall season. I feel for the student-athletes and coaches that have worked hard to get to this point in the season and will now be delayed at a minimum.”

On Tuesday night, two prominent outlets — ESPN and Yahoo! Sports — reported that the Big 12 is moving forward with the 2020-21 college football season. A revised Big 12 fall schedule could be released in the near future, Rivals.com reported, following a Tuesday conference call among Big 12 university presidents.

So far, California leads the nation in teams lost — seven in total from the Pac-12 and Mountain West — but there is no legal sports betting in the Golden State. The next hardest-hit state is Michigan, where brick-and-mortar sportsbooks started opening just before professional sports shut down and stay-at-home orders were commonplace in March.

Five Michigan-based colleges will be sidelined following announcements from the Big Ten and Mid-American Conferences. We can only imagine how empty Michigan and Spartan stadiums will further ravage the state’s nascent sports betting scene.

Among the states with legal sports betting, Colorado, Indiana, and Illinois will lose three fall programs, and Oregon and Nevada will lose two each. Others such as New Jersey and Pennsylvania, which will each lose a single team, may not feel as much sting. How the losses will affect handle, tax revenue, and the ability of books to stay open will vary from state to state and operator to operator. It’s likely the states with legal digital sports betting will fare better should college football be played anywhere in the U.S.

But as we await announcements — and they are sure to come — from the ACC, SEC and Big 12, here’s a look at teams from legal sports betting states that will sit for the 2020-21 fall season:

*sports betting legal but not live