Gold, Silver And Gambling: How Colorado’s Gaming Towns Came To Be

In the 1990s, Black Hawk, Central City and Cripple Creek gambled on a plan to grow 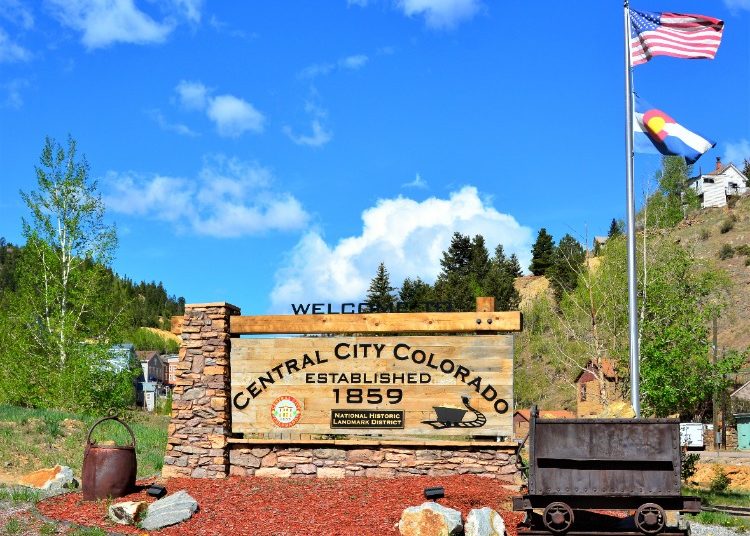 From fire to brothels to opera, Colorado’s gaming towns have a rich history dating to the gold rush and winding their way through the Civil War, World War I, World War II, and beyond. When you consider the entrepreneurial and adventurous spirits on which these towns were founded, it’s no surprise that Colorado’s gaming zones are centralized in three former mining towns. Those three towns — Black Hawk, Central City and Cripple Creek — needed a way to survive, and after suffering the boom-and-bust gold rush era and multiple wars, they set their sights on gaming, creating unique destinations that offer a walk through history alongside table games, slot machines, and now legal sports betting.

Last November, Colorado voters approved a referendum to allow sports wagering, and every one of Colorado’s 33 commercial casinos has applied for a sports betting license. The Saratoga Casino in Black Hawk last week became the first to open a retail sportsbook — on the same day that brick-and-mortar casinos were allowed to re-open their doors amid the COVID-19 crisis. About six weeks earlier, four mobile sportsbooks — BetMGM, BetRivers, DraftKings and FanDuel — launched digital platforms available to bettors across the state.

But how did Colorado get here? The November 2019 referendum that linked sports betting to water preservation in the state wasn’t the first time gaming was hitched to a cause. After studying the limited gaming allowed in Deadwood, S.D., the towns banded together and backed a referendum to legalize gambling in the early 1990s. In November 1990, voters approved gaming, with the idea that revenue would be used to preserve the three mining towns. The first wager was placed on Oct. 1, 1991.

Gold, gaming and the rebirth of three towns

“Deadwood in South Dakota was the limited gaming model that launched in the mid-late 1980s,” said Dan Hartman, the director for Colorado’s Division of Gaming. “That was really the model for Colorado. I don’t think they jumped on that on their own, but said, ‘Hey, look at South Dakota.’ … I think seeing the success of what happened in Deadwood right off the bat, people said, ‘Hey, we’ve got these great, old mining towns that aren’t doing great. Let’s see if we can bring that here and if we can do the same thing.'”

The state’s 33 casinos are spread fairly evenly throughout the towns, with 13 in Black Hawk, eight in Central City and 12 in Cripple Creek, the only one of the three that remains an active mining town in addition to a tourist destination.

All three towns offer resorts, restaurants, and historic tours in addition to casinos. Brick-and-mortar sportsbooks are in the their infancy, but will be installed in most casinos in Colorado when pandemic circumstances allow for renovations and investment.

How each of these towns came to be are stories of homesteading, prospecting, tragedy, and the ability to rebound. Below is a look at the history of Black Hawk, Central City, and Cripple Creek.

What’s there: The Monarch Casino, which was the first local brand to go live with a mobile sportsbook; the state’s only live retail sportsbook at the Saratoga Casino; the chance to pan for gold; stunning views from the bottom of the canyon.

Getting there: There are buses from Denver or you can make the 50-minute drive, partially on the Peak-to-Peak Highway.

It's #ThrowbackThursday! It's a photograph of Black Hawk from well over a century ago! Be careful not to stare too long. You may find yourself daydreaming about living at the height of the Colorado Gold Rush!#BlackHawkHistory

As of 2018, the population of Black Hawk was 127. It is home to 13 casinos, or 1 to every 6 residents, according to Colorado Sharp. The town bills itself as the “richest square mile” on Earth and plays a lot bigger. The slogan is a throwback to the gold rush era, when the Clear Creek Mining District was rich in ore.

Black Hawk hit its peak population of more than 2,000 in 1899 during the gold rush. Settled in 1859, Black Hawk was never home to active mines per se, but was an industrial center where mining deposits were processed, according to Western Mining History. Black Hawk is located at the bottom of Gregory Gulch, where miners discovered gold. The town offers stunning views up the sides of the canyon, but it has always faced construction challenges due to the narrow opening in the gulch. Historic buildings — some moved from their original locations to allow for the construction of large casinos — still dot the town.

Known as the “City of Mills,” Black Hawk handled gold ore from mines across the Pike’s Peak region, first using “crusher” machines to pummel the ore into a fine sand and later smelters. In 1872, the Colorado Central Railroad linked Black Hawk to mines and cities across the state. In its heyday, Black Hawk was a melting pot of English, Irish, and Chinese workers. It was also grossly polluted from the waste created by the processing plants and the constant noise of machinery echoing off the canyon walls. By 1920, two years after the end of World War I, the population was only 250.

Black Hawk experienced a bit of a renaissance in the 1930s when gold reached $35 an ounce and placer mining returned, but it was short-lived.

What’s there: Besides the casinos and sportsbooks, Central City offers panning for gold and tours of its opera house, which was built in 1878 in the Renaissance Revival style and features a crescent-shaped balcony.

Getting there: There are buses available or you can drive about an hour to this location west of Black Hawk on the Peak-to-Peak Highway.

John Gregory discovered gold while panning in Clear Creek in 1859, and boom! The towns of Black Hawk and Central City were born. How the Central City got its name is a bit of a question mark — legend has it Central City was named either by Rocky Mountain News founder William N. Byers, who pitched a tent in the center of town and noted it was midway between Nevadaville and Mountain City, or after the “Central City Store,” a miners supply shop.

Either way, it shares the claim as the “richest square mile on earth” with neighboring Black Hawk.

Central City was born in the age of “placer mining,” but the town ultimately had to shift to handle hard-rock mining. Like Black Hawk, Central City was where production or refinement of gold and silver ore took place — the actual mining happened higher up in the gulch.

The county seat for Gilpin County, it was also the key commercial hub with blacksmiths, grocery stores, shoemakers, lawyers, butchers, and boarding houses dotting the landscape. It also built an opera house, which for many years was the biggest one in Colorado.

Central City, like many towns built of wood structures in the 1800s, suffered from fires — one in 1873 that destroyed 16 buildings and caused the city to require future construction be of stone or brick. The more significant fire was in May 1874, when 150 buildings burned and Central City reinvented itself with wider streets and a vision to grow. Remarkably, the first brick building constructed after the fire was done within nine days and still stands today. Also built at that time was the Central City Opera House, which included P.T. Barnum and Buffalo Bill Cody among its performers. The opera house is still in operation and has regular performances.

After mining slowed and ultimately stopped, Central City residents in 1932 began a summer music festival, reigniting interest in the area and giving way to tourism.

What’s there: In addition to the casinos, visit the gold rush history museum or Cripple Creek and Victor narrow-gauge steam train.

This Day in Labor History: February 7, 1894. Gold miners in Cripple Creek, Colorado walk off the job, leading one of the biggest workers victories of the Gilded Age. Let's talk about how this strike has enormous lessons for labor strategies today in the New Gilded Age. pic.twitter.com/ELlG1EZ3yb

Fire is what made Cripple Creek what it is today.

Back-to-back fires — on April 25 and April 29, 1896 — left the thriving mining town in ruins. When it was rebuilt, none of the wood buildings that burned — or were dynamited to prevent the spread of fire — remained. Instead, the town was rebuilt with the brick and stone structures that remain today, according to Colorado Encyclopedia.

Though Colorado’s gold rush started nearly 30 years before, it wasn’t until 1890 that prospectors found their way to Cripple Creek — which was previously the towns of Fremont and Hayden Placer. Gold deposits within a 30-million-year old volcanic complex were first discovered in Cripple Creek during Frederick Hayden’s 1873 survey, but it wasn’t until the following year that geologist H.T. Wood returned to Cripple Creek and determined it was a meaningful gold region. The Mount Pisgah Gold Mining District was formed … and then forgotten about. The towns and surrounding area, which sit at the foot of Pike’s Peak, were instead used for cattle ranching. After homesteaders began making their claims, one group banded together to create the Broken Box Ranch.

Robert Womack, the son of one of the homesteaders, believed there was gold to be had and filed a claim, but he could find no investors. Colorado was also home to a silver rush in the late 1800s, and investors were focused on that. Womack took ore samples around the area and left them at Colorado College to be studied, and by 1891, the climate had changed and hundreds of prospectors began flooding into the area. At its peak, there were 150 active mines in the district and millionaires were minted regularly.

While gold put Cripple Creek on the map, it was the fires that defined the future. After the fires, the town of Cripple Creek broke away from El Paso County to create Teller County, with Cripple Creek as the county seat. It was a wealthy area, and that wealth gave way to greed and disagreements. Coupled with new gold strikes in Nevada and California, Cripple Creek was all but abandoned, leaving only the Cripple Creek, Victor, and Goldfield mines active. The Cripple Creek and Victor Mine went back into production in 1994 and employs 500 people while turning out both silver and gold, some of which was used to gild the Colorado State Capitol Dome in the early 2010s.

The mine is still in use today, and visitors can tour it. 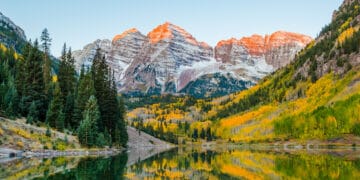 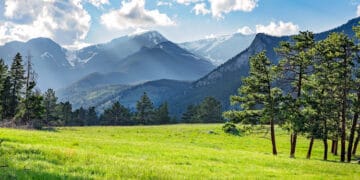