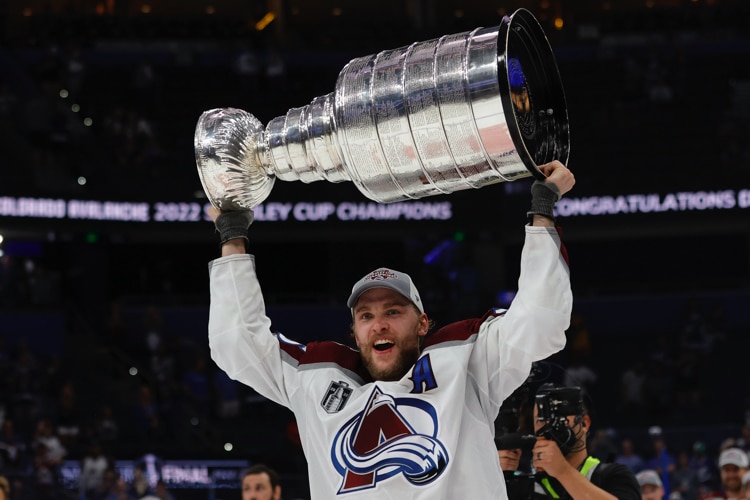 The Colorado Department of Revenue reported a negative adjusted revenue total for sports wagering in the month of June on Tuesday, the second time that has happened in the last five months.

In terms of gross revenue, operators totaled nearly $6.8 million from more than $313.2 million handle in June, with the 2.2% win rate the second lowest in state history and ahead of only the 2% recorded in September 2020. Despite the overall net loss, the state was still able to eke out some tax revenue, claiming $286,280 for the month to lift the total to more than $6.2 million for the first half of 2022.

Handle dipped 13.1% compared to the $360.3 million generated in May, but gross revenue plummeted 75% as the win rate was more than five full percentage points lower. The $8.7 million in promotional credits and deductions for operators was 17.5% less than in May and marked the first time that figure was below $10 million since last August.

Over the course of the season, Colorado bettors sensed the Avalanche were building something special heading into the Stanley Cup playoffs. Professional hockey handle from October to June totaled nearly $207.8 million, which is approximately two-thirds of its $310.9 million handle since launch.

The Avalanche played nine postseason games in June, when they completed a four-game sweep of the Edmonton Oilers in the conference finals and then bested the two-time champion Tampa Bay Lightning in six games to claim their third title in franchise history. Colorado won seven of those games, and when combined with futures payouts, bettors came out slightly more than $2 million ahead on $29.5 million wagered, capping a frantic three-month stretch in which Centennial State bettors pocketed nearly $1 million above the $91.3 million they bet.

And the Avalanche winning the title had ripple effects in other categories. Though parlay revenue was a close second to baseball among all categories for June, the $4 million claimed by operators was the lowest total since collecting $3.3 million in July 2021. Additionally, the 6.8% win rate on parlays for June was the lowest in state history and less than half the all-time 14% parlay hold.

Though the impact on the catch-all “other” category is less certain, operators took a tremendous hit as they paid out more than $4 million above the $23.5 million in wagers placed. It was the single-largest monthly loss for operators in any category since legal wagering began.

Baseball handle in Colorado reached nine figures for the first time in state history, as operators accepted nearly $106.5 million in bets and claimed $4.2 million in revenue. The betting public did send the house to its first monthly loss in pro basketball, coming out $788,001 ahead on close to $44.1 million in wagers.

Table tennis handle continued its slow rebound from a year-low $1.3 million in February, jumping 42.8% from May to close to $4.2 million. Overall handle on the popular niche sport — which has been in the Top 10 every month since launch — is now less than $1.3 million shy of $200 million overall.

For year-over-year numbers, handle is 59.8% higher compared to the first six months of 2021, while gross revenue is up 30.6% despite the 5.4% win rate being more than one full percentage point lower. Though adjusted revenue is down 1.8%, the varying tax rates for retail and online revenue has allowed Colorado to collect nearly $760,000 more in taxes the first half of this year compared to 2021.

The state also cleared $1 billion in handle for the third consecutive quarter, with the total also 47.4% higher than the second three months of 2021.