One Size Doesn’t Fit All For Colorado Sportsbooks

by Holden Kushner
in Industry 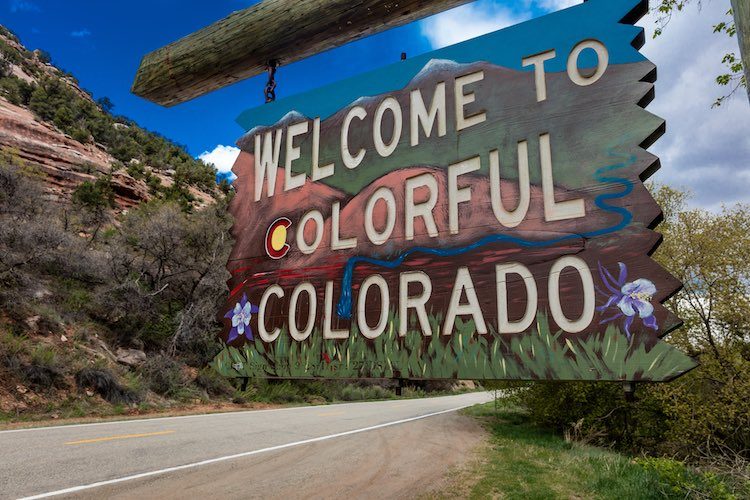 Colorado has become something of a test market for legal sports betting. It is the first U.S. jurisdiction in which a tribal property launched an online sportsbook that’s available statewide; where Circa expanded outside of Nevada; where the SuperBook will expand out of Nevada; where the U.K.-based Smarkets made its American debut; and where the Australia-based PointsBet has established its U.S. headquarters.

All of those new faces are competing in the state with well-known national brands such as BetMGM, DraftKings, and FanDuel, making it of paramount importance that they do something to set themselves apart. Since sportsbooks were allowed to go live on May 1, eight mobile apps have launched, and it’s likely that when the market is fully operational, there will be more than 25 mobile/online apps alongside the 33 retail sportsbooks, two of which are currently open.

Operators consider Colorado an attractive market because of its open, competitive marketplace and because the state is home to one team from each of the four professional leagues — the Major League Baseball’s Rockies, NBA’s Nuggets, NFL’s Broncos and NHL’s Avalanche. Though professional sports have been on hold for nearly four months, all four leagues have plans to be back in play between July and September.

Some operators are getting their names out there via partnerships with the Denver Broncos, the first NFL team to partner with sports betting entities. In the last month, the team has signed deals with BetFred, BetMGM, and FanDuel.

But the operators that lack name recognition — at least in Colorado — have to find other ways to introduce and make themselves attractive to bettors in the state. For the Southern Ute tribe, which launched the Sky Ute app last month, that means offering better odds, and for Circa, which went live with its app on July 1, the strategy will be better odds, in some cases, but also allowing higher bet limits.

What makes the Sky Ute Sports Book app unique in our opinionhttps://t.co/6yxdppB3Gs
1. Fairness. We take all comers for listed amounts.
2. No delay in-game wagering. If you have tried other platforms you will realize how important this is.
3. Baseball. No listed pitchers.

USBookmaking, which also operates retail tribal sportsbooks in New Mexico and is moving into other jurisdictions, is setting odds for the tribe, and company Director of Sportsbooks Robert Walker said the book will use “juice” to lure new bettors.

“The traditional sportsbook hold is approximately 4.5%,” Walker said. “This is illustrated by -110 on both sides.  So Denver is -2.5, -110 is the norm,” Walker said. “This is how we book in New Mexico or at the retail level. … It is really our way of marketing the product.  We are not trying to match others’ bonuses, so our bonus is built into the price.”

The Sky Ute and USBookmaking are able to offer better odds, in part, because the tribe doesn’t have to pay the 10% tax on gross gaming revenue that commercial casinos are paying. Because of the Indian Gaming Regulatory Act, states cannot directly tax tribal enterprises.

The better odds will replace the sign-up bonuses offered by many if not most competitors.

Better pricing at https://t.co/6yxdppB3Gs is significant for not only straight wagers, but parlays. Sky Ute pays true odds. Meaning a two-team parlay on the Nuggets and Broncos (both at even money) will pay 3-1 as opposed to 13-5 (2.6-1) at fixed parlay houses.

Circa open to big bets in Colorado

While Sky Ute is a brand unique to Colorado, Circa is well-known in the sports betting community, but until this month it didn’t have a foothold in Colorado. Circa does not (yet) offer bonuses, and right now most of its lines have a -110 vig.

Circa Sportsbook Strategic Operations Manager Mike Van Erman explains that “All of our NFL sides and totals are 20-cent lines. So it could be either -110 on both sides, or -105/-115 — just depends on the event and how much action there is.”

“We’ve built a reputation as a place that takes on all comers (regardless of skill level) and takes a fair bet,” Van Erman said. “Bettors who are currently having difficult times getting large bets at other sportsbooks will especially value what our product has to offer once it is ramped up.”

The Sky Ute sportsbook is also allowing higher betting limits. The sportsbooks themselves direct what the limits will be, not the oddsmakers. Right now, the Sky Ute is treating early numbers like preseason games.

“Our limits will be fairly higher closer to game time,” Walker said. “Our plan is everyone gets the same limits.”

As more mobile sports betting apps enter the state, the odds should continue to move in the favor of the consumer and the limits could get pushed higher. Smaller operations with less brand recognition will likely need to continue this trend until they either gain a viable market share or go out of business altogether. Ultimately, more competition leads to better odds for bettors.

Holden Kushner (@holdenradio) is currently an audio/video host for RotoGrinders and RotoGrinders Sports Betting. He took up sports wagering in 2000 when he hosted a sports talk show from Mandalay Bay. Kushner spent 13 years in Washington, D.C. as a radio and television host. He currently lives in Denver and is eagerly awaiting legalized sports betting.