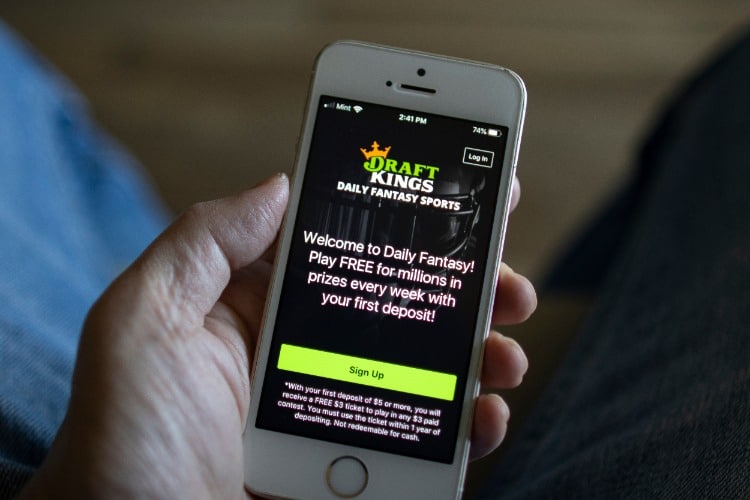 For the second time this week, the future of daily fantasy sports is at risk in a state contemplating legal sports betting. When the Connecticut House late Thursday passed HB 6451, a bill that would legalize statewide mobile sports betting operated nearly exclusively by the state’s two tribes, it also put in peril the future of DFS companies operating in the state.

The bill requires that DFS companies be licensed to operate in Connecticut by July 1, 2021. DFS operators must also be tethered to an entity with a “master wagering license,” of which there will be three. Fantasy companies currently operating there, including DraftKings and FanDuel, are not licensed, as the state has no such requirement. It appears that it won’t be possible for state regulators to put an application process or rules in place fast enough to allow those companies to continue to operate should the bill become law, and those companies will have to cease operations. Given the runway most states have needed to create a regulatory framework around sports betting, it could be 2022 before DFS companies could even apply for licenses.

Gov. Ned Lamont and tribal leaders came to an agreement on a compact in March, and lawmakers have been working on legislation ever since. The only other entity in the state that will be permitted to offer digital sports betting is the state lottery, which will get a single skin, or digital platform. The lottery will also be able to contract with 15 partners for retail sportsbooks, including one each in Hartford and Bridgeport.

After it passed the House, 122-21, Thursday night, the bill was immediately sent to the Senate. No Senate floor session was scheduled Friday, so the bill won’t come again for vote until next week — giving daily fantasy operators a few more days to try to convince lawmakers to find some way to continue to let them operate.

Because Connecticut has no law allowing or prohibiting daily fantasy wagering, companies have been operating there under what Rep. Maria Horn called “murky” circumstances.

“Daily fantasy continued in a murky area, this legislation provides clarity on how DFS can be offered,” Horn said ahead of the vote Thursday.

But both DraftKings and FanDuel operate in many states where there is no law pertaining to their business. The companies are amenable to being licensed and paying taxes. At issue, just as it was in Florida earlier this week, is the idea that the companies would have to pull out of a state, wait for regulations to be developed, and then re-start their businesses.

The gambling bill scheduled to be debated Thursday in the House of Representatives would force DraftKings and FanDuel to cease operations in Connecticut until the Department of Consumer Protection develops regulations and the companies get licensed.https://t.co/gKLSveAcU8

This scenario hurts fantasy sports companies in multiple ways. First, many DFS contests are season-long contests. So, for example, if a Connecticut resident is currently playing in a season-long DraftKings Major League Baseball contest, what happens to that contest — and the players’ entry fees — if the company must quit operating in July? Or if a Connecticut resident has for years taken part in a season-long FanDuel NFL contest, what happens next fall when the season starts and FanDuel isn’t licensed in the state anymore? The obvious answer is that there would be no contest to play in.

But it goes deeper than that.

DFS players could find illegal platforms to play on, which is exactly what lawmakers and stakeholders are trying to stamp out by legalizing and regulating sports betting. In addition, it’s an open secret that daily fantasy companies entered markets where they expected to offer legal sports betting later as a way to build their databases. Those companies — and many others — also offer free-to-play sports wagering options to engage potential players. And when sports betting does become legal in those states, companies tap into their DFS databases to sign up sports bettors.

In simple terms, it will be much more difficult for both DraftKings, which already has a partner in Connecticut, and FanDuel to ramp up their sports betting business — and begin paying taxes to the state — without access to their DFS databases.

The situation in Connecticut is remarkably similar to one in Florida. When that state’s special session opened on Monday, one bill would have created a framework for DFS that would have forced operators to temporarily pull out of the state. But lobbyists pushed hard enough — telling lawmakers that about 3 million Floridians play daily fantasy games — that the bill was ultimately tabled. State lawmakers ultimately approved a tribal-state compact to allow sports betting and several other gaming bills.

Before the bill was pulled, lobbyist Scott Ward, on behalf of both DraftKings and FanDuel, asked lawmakers to consider amending the bill to grandfather in DFS companies that were already operating in Florida. By doing that, he said, the state could bridge the gap for 3 million DFS players and avoid an interruption in service.

Legislation on table appears to be an assault on @DraftKings and @FanDuel in the state. You can guess who's pushing it. https://t.co/7P7iKlHTg4

That kind of ask is on the table in Connecticut, though stakeholders aren’t sure lawmakers there will be amenable. But either way, both DraftKings and FanDuel are already engaged in an effort to find a way to continue operating. According to the Connecticut Mirror, about 600,000 of the state’s 3.6 million residents play DFS contests. The publication also reported that the “governor’s legal counsel declined to comment” on the fate of DFS companies, other than to say they would need to be licensed under the bill.

Beyond the possibility of DFS companies needing to leave Connecticut, there’s the question of what their businesses will look like once they can get licensed. The current legislation requires fantasy companies to be tethered to master wagering licensees, which means they’ll have to make a deal (read: pay) one of three: the Mashantucket Pequots (Foxwoods), Mohegans (Mohegan Sun), or the Connecticut Lottery. The bill doesn’t specify how many DFS companies a master wagering licensee can partner with. And there is no other U.S. jurisdiction that requires DFS companies to be tethered to land-based gaming partners.

However things play out, DraftKings already has a partnership with the Mashantucket Pequots to operate sports betting. The plan is for DraftKings to run a retail location and a digital platform. It would seem to follow that the company would extend that partnership to include daily fantasy.

FanDuel, on the other hand, does not currently have entry into the state. The Mohegans have not yet announced a partner, and the Connecticut Lottery, which has an open Request for Proposals for sports betting partners, is narrowing the field. The Lottery initially announced that it received 15 replies.

It’s likely that other national companies such as Caesars and PointsBet and also in the mix in addition to FanDuel.

Should the Senate approve HB 6451, it will then begin the process of federal approval. Any tribal-state compact must be signed off on by the Department of the Interior and must be published in the Federal Register before it becomes functional.