Connecticut Governor Dannel Malloy is pushing for a special session to legalize sports betting in Connecticut, and has given legislative leaders a one-week deadline to let him know if they are interested in pursuing it.

Malloy met with legislative leaders on Thursday, ostensibly to update them on progress his office has made in negotiations with the state’s two Indian tribes, which run the state’s two casinos – Foxwoods and the Mohegan Sun. After the meeting, Malloy told members of the media that “if there’s no intention to take these things up, then let me know, because I’m not gunning for extra work,” and that he feels that Connecticut, which is surrounded by states actively pursuing sports betting, will fall behind if no action is taken.

Rhode Island to the east has legalized and plans to be ready for football season, while both Massachusetts (north) and New York (west) appear to be moving toward legalizing during their next legislative sessions. And, of course, New Jersey, just a bit further south, is one of three states that has for business the Supreme Court struck down the Professional and Amateur Sports Protection Act in May. 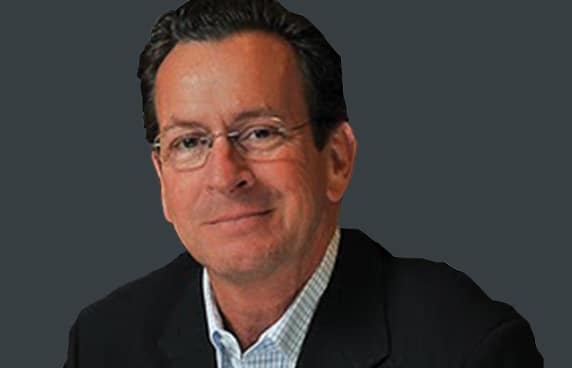 Following the fall of PASPA, state lawmakers and the governor’s office agreed that Malloy and his staff would handle negotiations with the Mashantucket Pequot and Mohegan tribes. After being updated on Thursday, legislative leaders were mum.

“Coming out of the meeting, the legislative leaders agreed to reach out to caucus members to determine if the governor should continue down the path of negotiation with the tribes,” Senate Democratic Caucus spokesman Adam Joseph told Sports Handle.

They’ll have to act fast – Malloy not only set a one-week deadline for a reply, but his term expires on Jan. 6, and should no action be taken, it’s likely that negotiations would have to begin anew with the next governor.

“The bottom line is in the last few weeks real action has taken place,” Malloy told the Connecticut Mirror. “People have started to move in a direction where I think an agreement could ultimately be reached with respect to who could operate within our state, how they would operate within their state, what could be bet on, and the like.

“This is about competitiveness. I think it really is more about … maintaining market share and perhaps capturing a portion of the illegal gaming revenue that is generated.”

While lawmakers have been touting the idea that sports betting could bring up to $80 million in new revenue to the state, the Office of Financial Analysis in April released a report finding that the number might be a more modest $16 million.

While tribal casinos across the country are not necessarily bound by state law when it comes to gaming, Connecticut finds itself in a unique situation. The state and its tribes created a gaming pact in the 1990s and part of the pact requires that any expansion of gaming must be negotiated between the state and the tribes. It is not a simple process – once an agreement in principle is struck, the state legislature must vote on the agreement and the Bureau of Indian Affairs must sign off on it.

The tribes currently pay the state a percentage of gaming revenue, a lot of it coming from slots, and according to the Mirror, that number will be $204 million in 2018.

Malloy’s goal of calling a special session in the fall to legalize sports betting in Connecticut, would potentially make it possible for the state’s casinos to begin accepting sports bets in 2019. Waiting to work with a new governor could set back the whole process.

Connecticut lawmakers have been anxious to legalize sports betting. The state was one of the first to hold a hearing about sports betting. On March 1, the Public Safety Committee held a hearing that mostly resulted in lawmakers taking the professional leagues – who are seeking an “integrity fee” or royalty – to task.

Following the hearing, several sports betting bills were drafted, but none gained enough traction to pass and the session closed in May with no new legislation.

In addition to making sports betting legal, lawmakers also discussed the idea of adding commercial casinos in the state, specifically an MGM property in Bridgeport.

What happens next is anyone’s guess. Malloy floated the idea of a special session shortly after the close of the 2018 session, but Thursday’s meeting was the first mention of that since.