With over $300 million in wagers placed, iGaming also gets off to strong start 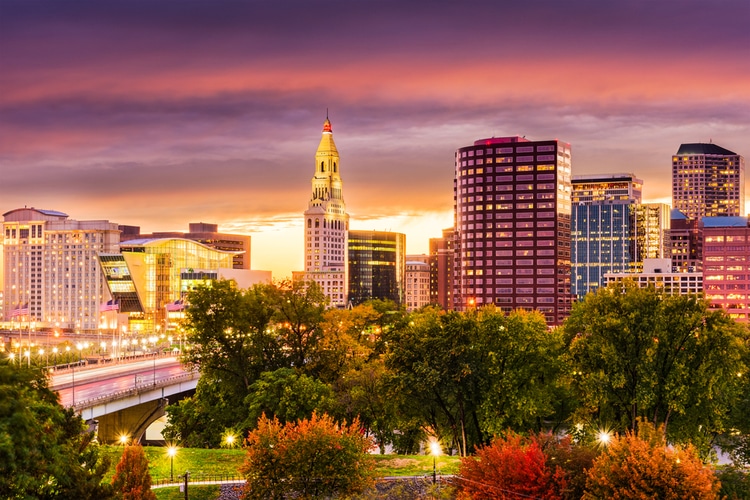 Connecticut‘s soft launch into the sports betting and iGaming space during the month of October produced solid results, as the state’s Department of Consumer Protection published its first revenue report Wednesday.

The state’s three sports betting operators — DraftKings, FanDuel, and SugarHouse — accepted more than $54.6 million in wagers in a span of nearly three weeks from when the first bets were accepted Oct. 12. (Widespread wagering was available seven days later.) The trio of sportsbooks reported gross gaming revenue of $4.9 million, with Foxwoods-based DraftKings accounting for nearly 75% of that amount with close to $3.6 million, as it posted a win rate of 15.1% on nearly $23.8 million wagered.

FanDuel, which is tethered to Mohegan Sun in Uncasville, took initial honors for top handle, finishing just shy of $27.1 million while collecting $812,707 in gross gaming revenue for a 3% hold. SugarHouse, which is also conducting retail wagering through the Connecticut Lottery, had close to $3.8 million in handle and a 13.2% hold as it claimed $498,425.

All three operators set aside 25% of their revenue as promotional play, leaving the state with more than $3.7 million in adjusted revenue. The 13.75% tax rate on sports betting revenue resulted in $512,951 for the 20 days of wagering.

“This first revenue collection for our state reinforces the process and approach by my administration when it came to ensuring our sports betting and iCasino platforms worked seamlessly for consumers,” Connecticut Gov.Ned Lamont said in a statement. “We worked tirelessly with our casino and state partners to ensure Connecticut consumers would have positive user experiences across platforms and that is exactly what these results illustrate. We’re off to a great start with this new gaming marketplace and we’re looking forward to years of success.”

For the first month of iGaming, DraftKings and FanDuel went head-to-head as the only two platforms in the state, with DraftKings coming out on top in both handle and revenue. Both, though, generated an impressive handle in that short three-week span and combined for nearly $312.9 million in wagers placed.

DraftKings posted a gross revenue of $4.8 million to FanDuel’s $4 million, with both again setting aside 25% as promotional play. The eternal rivals combined for more than $6.6 million in adjusted revenue, with the state claiming close to $1.2 million in tax receipts from an 18% tax rate.

“We’re encouraged by the early results showing a clear enthusiasm and interest in online sports betting and gaming in Connecticut,” Mashantucket Pequot Tribal Chairman Rodney Butler said in a statement. “We’re proud to deliver new gaming experiences with DraftKings that also drive valuable revenue to the state. The engagement sets a promising benchmark and we expect the momentum to only build as more consumers get in on the action, and the NFL season peaks over the coming months.”

One interesting breakout provided by the Connecticut Department of Consumer Protection is how much promotional credit was played with each operator. FanDuel totaled just over $4 million in promotional play, accounting for nearly 3.3% of its $123.3 million in wagers taken, while DraftKings reported close to $1.25 million, which was just shy of 0.7% of its $189.6 million in bets placed.