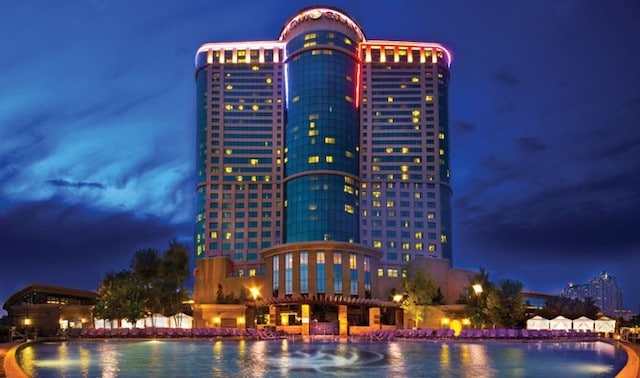 After their colleagues’ efforts stalled in 2018, a new group of Connecticut lawmakers is looking to pick up the sports betting baton and bring it home.

On Monday in advance of the new legislative session that begins Wednesday, a bipartisan group of eight state senators and representatives announced that they have submitted a bill that “would amend Connecticut’s existing state laws to allow for online and in-person sports betting at Connecticut casinos,” according to a news release.

“This gets the conversation started at a very early point,” said Senator Cathy Osten (D-Sprague) and members of the Southeastern Connecticut Legislative Delegation. “I’d like to see action on this as soon as possible.”

The bill, which is not yet publicly available, would legalize sports betting online and in-person at the two large tribal casinos located in the state — Mohegan Sun and the Foxwoods Resort Casino. Under the current iteration of the bill, we presume that Mohegan Sun and Foxwoods would also have sole control over sportsbook apps/platforms available online in the state.

According to The Day, Osten said “the proposed bill is likely to change as it moves through the legislative process and could authorize sports betting at other locations, although that would involve further negotiations with the tribes, who have maintained that their existing agreements with the state grant them the exclusive right to provide sports betting.”

First and foremost among groups with a hand raised is the Connecticut Lottery Corporation, which would like to regulate and operate sports betting in the state, which it made explicitly clear in testimony in 2018. This bill from the  Osten-led delegation throws the Lottery a bone — the right to operate online keno within the state “pursuant to agreements” with the tribes — but that won’t cut it.

“This particular proposal will clearly benefit the tribal casinos,” said Tara Chozet, a spokeswoman for the lottery. “There are many stakeholders interested in offering sports betting in the state. The CT Lottery would optimize the returns to Connecticut, and we should be included in the conversations alongside other potential operators as this discussion evolves.”

This highlights the main challenge in Connecticut: getting the Mashantucket Pequot and Mohegan tribes on board. The tribes believe that according to their compacts, they have the exclusive right to offer sports betting in the state. In any case, part of the pact requires that any expansion of gaming must be negotiated between the state and the tribes. It’s not a simple process – once an agreement in principle is struck, the state legislature must vote on the agreement and the Bureau of Indian Affairs (a federal agency) must sign off on it.

Stakeholders and what’s at stake

Together the tribes contributed about $200 million in slot-machine revenue to Connecticut state coffers in 2018, meaning Governor-elect Ned Lamont and the lawmakers have their work cut out for them, because the tribes could threaten to cease making payments.

There’s another stakeholder and obstacle looming — MGM Resorts International, which has been fighting for the right to install a $675 million Bridgeport casino, while the tribes are seeking to build one in East Windsor. That location is only about 12 miles from the newly opened MGM Springfield (Mass.).

But the lawmakers ought to be more motivated in 2019. At least both they and the tribes have more evidence of America’s large appetite for legal sports betting than they did one year ago. To wit: the betting handle in New Jersey climbed to $330 million in November, translating into roughly $21 million in revenue for the operators for the month and around $2.5 million in state tax revenue.

In addition, neighboring Rhode Island became the first New England state to launch sports betting when it did so in November.

“Connecticut needs to play catch-up with surrounding states if we’re serious about modernizing our existing gaming industry,” Osten said. “Fortunately, we can do that with a relatively simple regulatory fix. We have the infrastructure with the tribal casinos, we can use the new revenue, and we’ve got bipartisan support. This should be an early session success story.”

The tribes may want to play hardball for as much exclusivity as possible, however they could be shedding patrons to a growing number of neighbors, including perhaps the MGM Springfield.