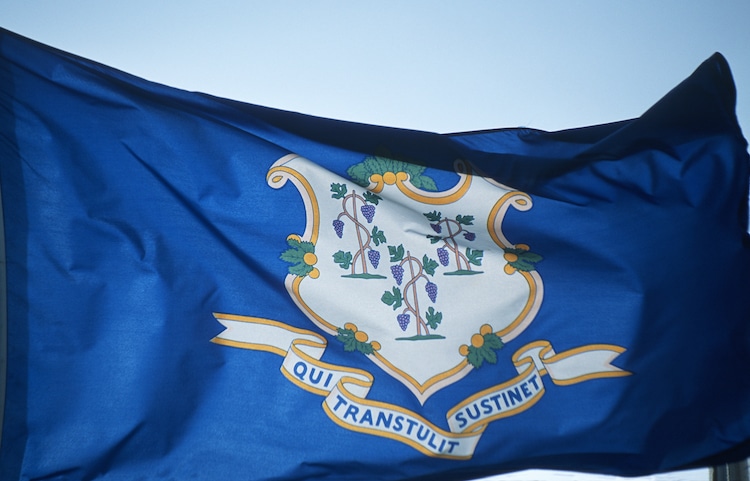 On the same day that Connecticut’s Committee on Public Safety and Security held its first hearing of 2020 on legal sports betting, Governor Ned LaMont released a statement saying he’s not willing to give the state’s tribes exclusivity.

At the same time, lawmakers alternately praised and sparred with tribal leaders, who say it’s clear they do have exclusivity when it comes to sports betting in Connecticut. The upshot is that lawmakers, the governor and the tribes remain paralyzed on how to proceed.

The committee on Tuesday held a hearing on multiple gaming bills, ranging from sports betting to iGaming to advance deposit wagering to a new retail casino in the city of Bridgeport.

Cathy Osten, who is backing SB 21, which would legalize sports betting, internet gaming, a casino facility in Bridgeport, entertainment zone facilities, internet lottery, and internet keno, spent nearly an hour lauding the tribes and giving them a platform to tout all the things they do for the state, including paying $9 billion in accordance with revenue sharing provisions in their tribal-state compacts. The interplay allowed representatives to paint themselves in the best possible light, while still standing firm on their stance that they have exclusivity to Class III gaming, including sports betting, in Connecticut.

The hearing, which ran 6 hours, 38 minutes, (still shorter than last year’s installments) was yet another example of the struggle that has been brewing in Connecticut for years. The tribes are clear that they will not yield on their positions, while lawmakers want to expand legal gaming to include iLottery, iKeno, and commercial gaming at OTBs and other locations.

Tribal leaders contended that no state with legal sports betting allows for it at OTBs (Pennsylvania permits it, actually, and two OTBs in the state take sports wagers) and the only states that are regulated by the lottery don’t have tribal gaming (although Oregon, which has a lottery product, does have tribal gaming).

Against that backdrop, LaMont released a statement essentially saying that giving the tribes exclusivity will open the state to legal challenges, a situation he wants to avoid.

Tribes clear: We have exclusivity

Connecticut’s tribes have long been among the biggest employers in the state, and each owns and operates a Las Vegas-style casino. They are seeking the rights to operate gaming at any new facility in the state, which include proposed casinos in Bridgeport and East Windsor. MGM wants a piece of the action, and has threatened to sue if a tribal-only bill becomes law.

During the hearing, tribal leaders said they would discontinue $250 million a year in payments to the state should it legalize sports betting on a non-exclusive basis.

On the other side, potential operators acknowledged that they would take financial and legal action if the state does pass sports betting with tribal exclusivity.

“If we can’t agree on what sports betting is, are you saying you’d stop making payments to the state?” Representative Joe Verrengia asked.

“I think we’ve made our position clear,” replied Rodney Butler, chairman of the Mashantucket Pequot Tribal Council. Earlier in the hearing, Butler said his tribe has been pressured by the governor’s office to abandon efforts on the East Windsor casino project and that he often feels negotiations devolve into “take it or leave it” situations.

Previously, Verrengia tried to engage Butler in a discussion about focusing on the sports betting only bill rather than the buffet of gaming bills on the agenda:

Verrengia: In the spirit of moving forward, there is a stand-alone sports betting bill. Sports betting would go to the tribes, OTBs, Lottery. This bill is still a huge change, but this would help move things forward. You claim exclusivity on sports betting, so what are you pointing to?

Butler: We’re not claiming anything, we have exclusivity from the pact that we all signed.

After some additional circular conversation about how Class III gaming is defined, what a casino game is and other inane details, Verrengia came at things another way.

“Two sides could agree to disagree,” he said. “It’s in the best interest of both not to draw a line in the sand. Both parties have to compromise, but to this point, the tribes are still claiming exclusivity. I’m not sure where the talk of ‘take it or leave it’ came from, but that’s how I feel sometimes.”

Butler made it clear throughout that the tribes want to continue to negotiate, but he also said that he believes the state and the tribes could continue a strong relationship even if sports betting doesn’t move forward.

Though the tribal issue took up a huge portion of the hearing, many others testified, including the mayor of the city of Bridgeport, representatives from several of the professional leagues’ players’ associations, the NBA, FanDuel, the University of Connecticut, the anti-gambling lobby, and some lawmakers not on the committee.

Alex Roth of the NBA testified that her league wants the state to mandate the use of official league data and FanDuel representative Andrew Winchell said his company supports a bill that allows for multiple operators and has an online mobile component.

The issue that sparked the most discussion late in the hearing was UConn’s request to prohibit sports betting on its teams and collegiate events in Connecticut. There was much back and forth about what the point of such a ban would accomplish, since there’s already mobile betting in Rhode Island, New Hampshire and New Jersey, all fairly easy driving distance from Connecticut.

‘Tribes and state are deadlocked’

But all of that discussion is for naught if the tribes and state can’t come to an agreement. And as of Tuesday, LaMont was trying to avoid signing a law that would be open to lawsuits, yet both the tribes and potential operators don’t appear likely to shy away from legal action if things don’t go their way.

Robert Steele, a former Connecticut U.S. Representative, sees the impasse as an opportunity to pass HB 5167, a gambling study bill.

“The tribes and the state are deadlocked,” he testified. “That’s what we’ve been hearing all morning. It’s the perfect time to do a study.”

Or at least, it’s the perfect time to go back to the drawing board.