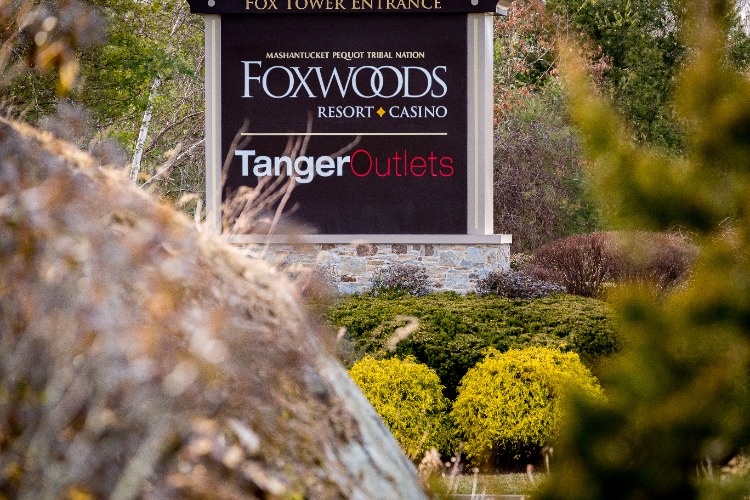 When we last left the topic of legal sports betting in Connecticut, things were … well, contentious. As recently as September, commercial interests in the state called Indian Country “a roadblock” to legislation. And in March, the tribes threatened to pack up their payments to the state and go home until stakeholders embrace the idea that the tribes do, according to existing compacts, have the right to exclusively offer sports wagering in the state.

On Wednesday, anyone watching Victor Rocha’s “The New Normal” webcast was treated to a new, possibly softer take on the state of Connecticut legal sports betting. Connecticut is home to two federally recognized tribes — the Mashantucket Pequot Tribe, which operates Foxwoods Casino, and the Mohegan Tribe, which operators Mohegan Sun Casino.

“Both governors (former Gov. Dannel Malloy and current Gov. Ned Lamont) have been adversarial to the tribes,” Mashantucket Pequot Tribal Chairman Rodney Butler said. “In fairness, give [Lamont] the benefit of the doubt, it was a learning curve and [new lawmakers] didn’t fully appreciate what people out of Mohegan had done for the government, for the state. And they didn’t understand what sovereignty meant. But it was critical [to get them to understand] and it took longer than we wanted, but they needed to understand what sovereignty means and what a government-to-government relationship means.

“We’ve made progress with the governor and he’s definitely more of a partner now than he ever was, and he’s said publicly that he is supportive of iGaming and sports betting.”

Lamont, who backs sports betting but has said he’d like to see a less narrow bill, took office on Jan. 9, 2019.

Tribes still have plenty of leverage

In essence, Butler was saying that 2020 was a get-to-know-you year, and now that he and and his Mohegan peers have had some face time with Lamont, they feel more comfortable moving forward with sports betting negotiations. The tribes say they have exclusivity for sports betting — though it is not specifically mentioned in the compacts (Mohegan, Mashantucket).

The two tribes have substantial leverage, especially now, when state governments across the country are facing massive COVID-related deficits. In 2019, the tribes paid the state $245 million alone in connection with a slot machine revenue sharing arrangement. In 2020, the projection is $137 million. The state’s casinos have been closed or operating at reduced capacity on and off this year.

Those numbers — even with the dip this year — are critical to Connecticut’s budget. But beyond that, the COVID-19 dip has made the tribes think twice about the possibility of including statewide mobile/internet sports betting, and maybe even iGaming, in future plans.

To that end, the Mashantucket Pequot earlier this month announced a deal with sports betting titan DraftKings. The agreement would allow DraftKings to offer statewide mobile sports betting.

In the past, Connecticut’s tribes have been resistant to digital gaming. They’re not alone — the only other tribes in the country that have been amenable to partnering with commercial digital gaming companies are the Sky Ute in Colorado and Michigan’s 12 tribes.

“We’re fortunate in Connecticut to have dual exclusivity with us and Mohegan, so we can, on some level, protect ourselves,” Butler said. “There is some concern about opening up online gaming and what effect that would have on physical properties. … Our deal with DraftKings, we’ll start off with an amazing fantasy sports program, and we will immediately send [patrons] offers to come to the property [and use other services in person]. If you do it in a controlled fashion, it can be beneficial to everyone.”

Tribes starting to see digital sports betting as a plus

Butler said tribal leaders investigated the relationship between retail sportsbooks and casinos and digital platforms, and pointed to New Jersey as an example of how the relationship is complementary — i.e. casinos can draw customers to the brick-and-mortar locations through the digital platforms. He also noted that while gaming revenue in New Jersey is down (though sports betting handle approached $1 billion in November), the dip is much less significant, given the operators’ ability to pivot to and focus on mobile as soon as COVID-related shutdowns began.

New Jersey, Indiana, and Pennsylvania are among about a dozen states where statewide digital sports betting is legal and has been up and running throughout the pandemic. Since March, mobile/online sports wagering has accounted for 90% or more of handle in most of those states.

Legislative leaders in Connecticut say they believe sports betting can win passage in the General Assembly, but the prospect of allowing casino games to be offered on smartphones is uncertain.https://t.co/8vAFHbUDU4

In Connecticut, which is facing a more than $125 million budget deficit for FY 2020, there are other signs pointing toward 2021 being the year to legalize retail and digital sports betting and iGaming. Butler said Lamont is now “supportive” of sports betting and iGaming, but that could be in part because one of the biggest impediments to his support — a proposed tribal casino in East Windsor — is now on hold.

The Mashantucket Pequot and Mohegans announced last week that they are tabling the idea. Butler said on Wednesday that in the current economy it doesn’t make sense for either tribe to commit to a major capital investment. Lamont has been opposed to the project because he believed it would beg lawsuits from commercial gaming entities, and MGM in 2019 sued the U.S. Department of the Interior over the project. With the issue gone, at least for now, the state in need of revenue, and at least one of the tribes now open to digital gaming, the path to legalization appears free of major impediments.

“There is a lot of pressure to focus on new revenue sources,” Butler said of state and tribal budget deficits. “To have East Windsor on pause is a little easier [for Lamont], but right now, we’re all focused on the crisis the state is in, and it’s better to work with partners that you already have than go other routes.”