A comprehensive bailout could ease industry's cash crunch, but emergency relief is far from certain 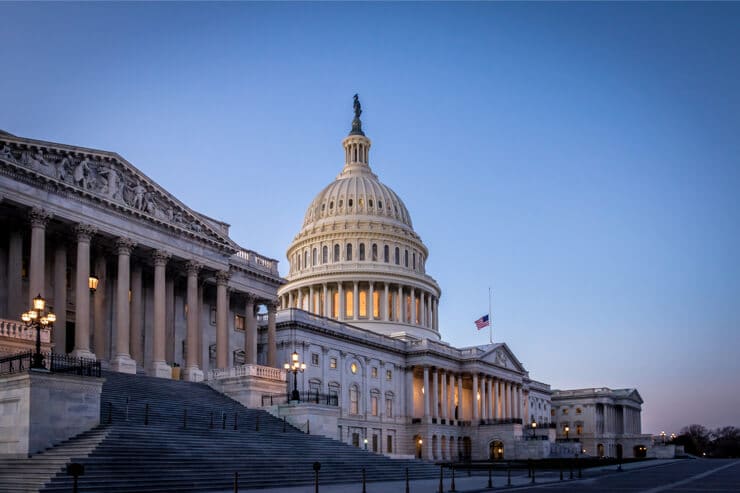 Steve Sisolak was in no mood to discuss bailouts.

Sisolak, a one-term governor of Nevada, had just finished outlining a comprehensive strategy for curbing the spread of COVID-19, the global pandemic that has led to the deaths of more than 20,000 people worldwide as of March 26. Sisolak’s “Stay At Home Nevada” plan is buttressed by a temporary shutdown of all non-essential businesses across the state, including more than 400 casino properties.

On that same day, March 17, MGM Resorts International took part in an emergency meeting with President Donald Trump on a potential bailout for the hotel industry. Although outgoing MGM Resorts CEO Jim Murren lamented the company’s furlough of 70,000 employees, he expressed a desire to retain all of the workers as soon as possible, according to a transcript of the meeting. The White House Cabinet Room meeting took place hours before Sisolak’s address to the state. Eight days later, the U.S. Senate approved a massive coronavirus response stimulus package in a late-night vote.

“I’m not here to talk about money and bailouts today, I’m here to talk about the health and well-being of the people of the state of Nevada,” Sisolak said, when asked whether the casino industry should receive an emergency stimulus package similar to one proposed for domestic airlines.

As the coronavirus continues to spread throughout the nation, a bailout to distressed casinos has been hotly debated. On one hand, widespread closures across the industry have threatened the livelihood of thousands of casino workers who remain out of work. The industry’s plight draws parallels to the cruise industry, another sector that has been hit hard by the virus.

On the other hand, the competition will be fierce for emergency stimulus aid from the federal government. With scores of essential businesses lobbying hard for economic assistance, casinos could find themselves at the back of the queue.

In gaming hotbeds such as Las Vegas, Atlantic City and Mississippi’s Gulf Coast, casinos have suspended operations for the time being. Every U.S. commercial casino is now closed on a temporary basis after a bevy of properties in Deadwood, S.D., closed on Wednesday.

Nevada Gov. Steve Sisolak has ordered the statewide shutdown of all casino and gambling operations as of midnight, another startling indication of the economic and cultural impact the coronavirus is exacting on American life. https://t.co/Q7mspQKvse

As of March 25, all of the nation’s 465 commercial casinos and 97% of the country’s 524 tribal properties had shuttered their doors due to the effects of the virus, according to the American Gaming Association. If the doors remain closed through mid-May, the shutdown could be responsible for an estimated $43.5 billion in lost economic activity, according to the AGA.

“The impact on our employees, their families, and communities is staggering, and the implications extend far beyond the casino floor,” AGA President and CEO Bill Miller said in a statement. “Leading technology companies that supply the industry, and the nearly 350,000 small business employees that rely on gaming for their livelihood, are also feeling the devastating blow of this unprecedented public health crisis.”

Despite the unprecedented crisis, the world’s top casino corporations appear to have enough in reserves to withstand a lengthy shutdown. Based on 2019 annual reports, the largest corporations on the Las Vegas Strip could remain solvent for months under a worst-case scenario, without bringing in any revenue. Shortly after Sisolak declared a statewide emergency March 13, two casino conglomerates, MGM Resorts International and Caesars Entertainment, began to draw down more than $1 billion each from their revolving credit lines, Bloomberg reported.

From a liquidity perspective, MGM appears to be in decent shape, at least in comparison with some of its main rivals. MGM Resorts and Las Vegas Sands both have more than $8.15 billion in total liquidity (when factoring in cash and equivalents and available revolver capacity), according to a liquidity analysis from SunTrust Robinson Humphrey’s (STRH) Barry Jonas. Of the 10 gaming companies analyzed by STRH, the two multinational corporations have the highest liquidity available. Revolver capacity relates to the amount of short-term credit a company can access to fulfill working capital needs. By the same measure, Wynn Resorts and Caesars each have more than $3 billion in total liquidity.

The estimated liquidity provides a cushion for the casinos if the closures drag beyond the spring. Three of the corporations, MGM, Sands and Caesars, could remain solvent for at least 72 months, according to STRH’s analysis, at current liquidity levels. While several regional operators, Boyd Gaming, Penn National Gaming and Twin River Worldwide Holdings, have lower levels of liquidity, the companies appear to have enough cash on hand to remain operational through at least the end of 2020.

Another report from Macquarie Research suggests that Penn National is burning through cash at a rate of $6.4 million a day, a rate it can sustain for only 5.2 months under the current zero-revenue environment. Two others, Golden Entertainment Inc. and Boyd Gaming, have the ability to maintain operations at their current rate for at least nine months, according to Macquarie.

Despite the financial challenges, a number of casinos have taken steps to mitigate the economic hardships for furloughed employees. MGM Resorts is compensating furloughed full-time, part-time, and hourly employees impacted by the closures with two weeks of pay. MGM is also paying benefits for all eligible employees enrolled in MGM Resorts health plans through June 30.

In addition, the company pledged on Monday to make a $1 million contribution to an emergency grant fund for MGM employees. Wynn Resorts CEO Matt Maddox indicated that employees will not have to worry about getting paid in the coming weeks, while Las Vegas Sands plans to pay Venetian and Palazzo employees during the 30-day closure.

Maddox has agreed to forego his entire annual salary in exchange for shares of Wynn company stock. Maddox received 32,071 restricted shares of Wynn Resorts Ltd. common stock at a price of $0 per share, according to a March 23 SEC filing. The cash savings that result from the salary reductions of Maddox and other Wynn executives will be used to offset ongoing employee payroll and other expenses, the company said in a statement.

On the other end of Las Vegas Boulevard, the Vegas Stats and Information Network (VSiN), a popular media company dedicated to sports betting coverage, has already been forced to lay off several employees.

With every brick-and-mortar sportsbook in the country temporarily closed, ticket writers and book supervisors along with audit and compliance teams are all feeling the pinch. The loss of March Madness in combination with the suspension of the NBA and NHL regular seasons and the delay of MLB Opening Day could result in a negative economic impact of $350-$400 million for U.S. sportsbooks, an industry source said. If the leagues do not resume play until July, the figure could rise to $500 million.

While unemployment claims continue to skyrocket, Congressional leaders and the White House reportedly reached a deal on a massive coronavirus relief package late Tuesday night. Previously, two attempts to pass the Coronavirus Aid, Relief, and Economic Security (CARES) Act, a $2 trillion stimulus package, failed in the Senate. One sticking point among Democrats centered around language that would restrict companies receiving aid from engaging in share buybacks. Last week, Trump said he would be in favor of such restrictions.

Of particular interest for the gaming industry is a section that authorizes the Treasury Department to provide assistance to severely distressed sectors of the economy. The provision enables the department to offer direct loans to eligible businesses that have incurred losses resulting from the virus. While the airline industry could receive up to $25 billion in grants, other businesses could tap into the remaining amounts of a $500 billion pool established by the act.

“The President has made clear that he intends for the money to go to airlines and hotels, and it is really not hard to see casinos as a significant leap,” said Thomas Wade, director of Financial Services Policy at the American Action Forum.

The bill also establishes caps on executive salaries for companies that receive economic relief from the federal government, as well as limits on workforce reductions from eligible businesses.

The Senate overwhelmingly passed the stimulus package by a 96-0 margin.

“This bipartisan Senate bill is an important step to preserve the gaming industry’s ability to continue to serve as a valuable job creator and community partner,” the AGA’s Miller said in a statement. “We urge the House to move swiftly to pass this legislation. The AGA will continue to engage with Congressional and administration leadership on additional measures to respond to this rapidly evolving crisis.”

The House is scheduled to vote on the package on Friday.

Senator Catherine Cortez Masto (D-Nevada) has urged Democratic colleagues to support clean energy workers through the proposed economic relief initiatives. The relief could take several forms, including tax-credit extensions or direct payments to the industry, she wrote in a letter to Senate Majority Leader Mitch McConnell, Minority Leader Charles Schumer and two other Senate leaders. While Cortez Masto did not mention the casino industry specifically in the letter, she is among a delegation of Nevada leaders on Capitol Hill who are pushing for Congress to provide aid to the industry.

We need to look out for everybody: small biz, gaming, tourism & outdoor rec industries, & workers—esp. those in the hospitality industry. The NV delegation is calling on leaders in Congress to provide financial support for these industries &their workers⬇️ https://t.co/OasIunuL3f

There is a strong chance that casinos will enjoy federal protections and federal subsidies to the same extent as other major employers in the U.S. impacted by the virus, a high-level gaming industry source told Sports Handle. Although struggling casinos may qualify for bankruptcy protection, it is less likely that top gaming corporations will receive direct payments from the federal government, according to the source. The reluctance exhibited by Congress to adopt a federal framework for sports gambling since the retirement of Utah Senator Orrin Hatch may indicate that Congressional leaders are uncomfortable with the rapid pace of expansion on the state level, the source said.

As a result, direct cash payments from the federal government could be hard to come by. Nevertheless, the gaming industry is so robust that several state economies could crumble without a bailout, another source said. Beyond Nevada, other states such as New Jersey, Connecticut, Mississippi and Washington could benefit from a federal bailout to the casino industry, he noted.

A week ago, 80.2% of respondents were AGAINST a bailout of the casinos.

Time to take your pulse again…

Do US Casinos deserve a federal bailout?

The gaming industry’s most compelling argument might be in how its necessity for economic relief compares to others in the entertainment business. Prior to the vote, Representative Jerry Nadler (D-New York) penned a letter to Congressional leaders requesting at least $4 billion in federal assistance to support the recovery of the nonprofit museum industry.

For now, casino executives, like much of the rest of the nation, are eagerly awaiting a return to normalcy.

“The federal government must act swiftly and comprehensively to get America’s hospitality employees, and the small businesses that support them, back to work,” Miller said. “Gaming employees, their families, and communities are bearing the brunt of this economic standstill and will continue to suffer if Congress and the administration don’t take immediate action.”

Colorado: We’ll Be Ready For Sports Betting May 1 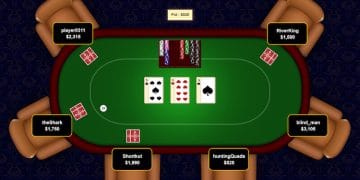