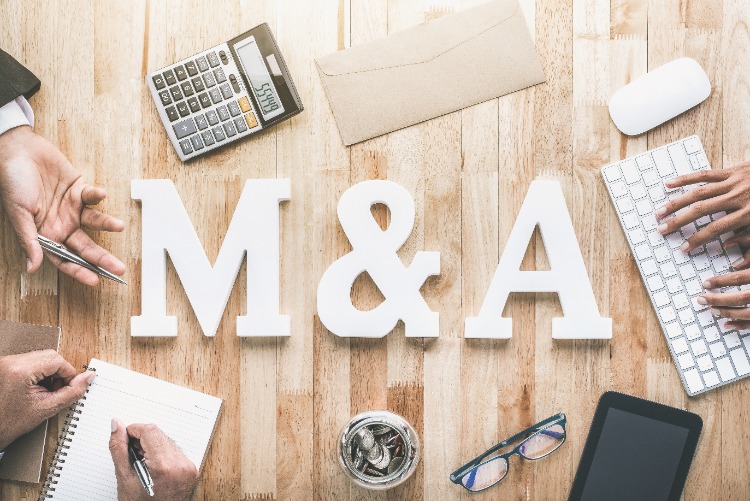 The frenetic pace of dealmaking in the nascent U.S. legal sports betting market has predictably slowed during the spread of COVID-19, dampening the mergers-and-acquisitions environment across the industry as several proposed mega-mergers near completion.

As numerous pro sports leagues consider the resumption of their respective seasons, the topic generated a lively discussion April 30 during the SBC Digital Summit, one of the year’s largest online gaming conferences. Despite unprecedented challenges presented by coronavirus concerns, Flutter Entertainment plc completed a $12.2 billion merger with The Stars Group May 5, creating the largest online gaming company in the world. The business combination brings numerous sports betting companies together under the same roof, including FanDuel and FOX Bet on the U.S. side.

Moderated by Lloyd Danzig, founder and CEO of Sharp Alpha Advisors, a panel on M&A and investing in sports betting companies featured some of the most influential executives in the sports betting ecosystem. During the pre-COVID period, Danzig identified three main drivers of M&A transactions across the industry: market access deals that help companies procure licenses; deals focused on customer acquisition; and partnerships centered on innovations involving cutting-edge technology for risk management, oddsmaking, player tracking, and shot tracking, among others. When college and pro sports finally return, it is still unclear if the lengthy disruption will lead to widespread consolidation across the sports betting industry.

Battle between start-ups and incumbents

Two panelists, Wayne Kimmel of SeventySix Capital and Roar Digital’s Adam Greenblatt, engaged in a heated but amicable discussion on whether emerging, start-up companies have the capability to unseat a contingent of established market leaders in the space. Kimmel, managing partner at his Pennsylvania-based sports technology venture capital firm, drew comparisons to the late 1990s when a host of new kids on the block knocked out several incumbent players in the tech industry. Kimmel hopes to discover entrepreneurs that possess the ability to transform sports betting just as those with Amazon, Facebook, and Google changed Silicon Valley more than a decade ago.

“There will be the next Steve Jobs, the next Mark Zuckerberg, and hopefully my partners will be able to invest in them,” Kimmel said during the panel.

Kimmel’s comments were greeted with skepticism from Greenblatt, the CEO of Roar Digital, a joint venture between MGM Resorts International and GVC Holdings. Greenblatt believes that start-ups are underestimating the considerable barriers to entry brought by challenging regulatory and compliance burdens on a state-by-state level. Furthermore, Greenblatt argued that unseating the sports betting industry’s top players will take an enormous amount of capital, which at the moment is not feasible.

“It’s not like there are no Amazons, we have Amazons,” Greenblatt said.

Undeterred by the comments, Kimmel fought back.

“Adam’s words are the words that just fire me up,” Kimmel responded. “It’s that kind of thinking that really enables the entrepreneur to think differently. We’re coming, keep an eye out for us.”

Other members of the panel weighed in on the debate. Tom DiEnno, managing director at KPMG Philadelphia, indicated that there is room for start-ups to enter the sports betting space given the right opportunity. In many respects, a start-up company with the right technical know-how could fill a void for a more established company, DiEnno explained. The advisor pointed to peer-to-peer exchange wagering, a concept that is popular in Europe, but one that has yet to gain traction in the U.S. With states such as Tennessee ready to launch sports betting on an online-only basis, peer-to-peer companies could be absorbed by companies with a larger platform that lack the technical experience, he added.

Earlier this year, DiEnno oversaw Penn National Gaming’s acquisition of a 36% interest in Barstool Sports. Penn National subsequently announced the sale of the Tropicana Las Vegas’ real estate assets and a ground lease of a planned Category 4 casino in Morgantown, Pa., to Gaming & Leisure Properties for $337.5 million in rent credits. The deal enables Penn National to relieve liquidity pressures while taking further steps to reduce operational expenses as the company prepares for the reopening of its casino properties, CEO Jay Snowden said in a March 27 press release.

Since the sports betting world has become a copycat industry where new innovations are quickly adopted by a wide range of competitors, companies need to develop value-added products with a compelling method of differentiation, Greenblatt argued. He pointed to geolocation companies such as GeoComply, which own advanced proprietary technology that provides critical compliance needs for clients, as niche businesses that have carved out a valuable position for themselves in the market.

“There is a place for innovation in various parts of the supply chain,” Greenblatt said.

There have been other deals percolating through the M&A pipeline in recent weeks in spite of nationwide stay-at-home orders. Twin River Worldwide Holdings announced the purchase last month of three casinos: Bally’s Atlantic City Hotel & Casino from Caesars Entertainment, along with the Eldorado Shreveport Resort and Casino in Louisiana and the Mont Bleu Resort Casino and Spa in Lake Tahoe from Eldorado Resorts. The three transactions may remove some barriers impeding the approval of Eldorado’s proposed $17.3 billion merger with Caesars Entertainment.

The panelists largely agreed that new M&A deals could be slow to materialize once there are signs that the spread of COVID-19 can be reasonably mitigated. While Nevada retail casinos remain closed as Gov. Steve Sisolak reopens the state gradually in several phases, the Nevada Gaming Control Board (GCB) issued a set of health and safety guidelines May 1 for nonrestricted gaming licensees to resume operations. Sisolak’s order March 18 resulted in the suspension of all retail gaming operations for 30 days, and it has since been extended, even as operators are allowed to accept wagers on mobile betting platforms.

With customers hesitant to return to retail sportsbooks, at least for the next few weeks, companies with a strong mobile betting interface stand to benefit. Greenblatt cites a recent Michigan proposal that aims to fast-track digital regulations as a case in point. State governments will also look to new tax channels for ways to generate revenue, DiEnno said. As a result, more online lotteries could emerge.

The panel also heard from Julian Fialkow, a senior investment associate with Drive by DraftKings. Fialkow concluded the panel with an anecdote on DraftKings CEO Jason Robins’ leadership in navigating the company through a challenging period in 2015 when a data leak led to the eventual collapse of its proposed merger with FanDuel.

As of May 5, DraftKings traded above $21 a share, resulting in a market capitalization of more than $15 billion. DraftKings made its highly anticipated public debut on April 24.

The sentiments were echoed by Danzig, who advises sports betting companies on deploying cutting-edge technology. DraftKings’ ability to go public with a “unique deal, in a unique period,” Danzig noted, demonstrates another example of the industry’s resilience in the face of uncertainty.